What would the world be like without horror remakes? Probably a happier place.

“The Stepfather” was a 1987 genre classic, constructing a tremendously suspenseful chiller out of a fine collection of untested actors and mere pennies for a budget. Take out a few synth stings and fogged lighting techniques, and it still holds up damn well today, elevated by Terry O’Quinn’s masterful take on demented Robert Young envy. The new “Stepfather” is 100 minutes of dopey behavior and filmmaking inanity wrapped up tight in a bland, gutless PG-13 wooby, taking a proven premise and watering it down to a parade of nonsense created only to tickle gullible teen audiences. We’ve danced this dance a hundred times before, but it never ceases to kill a few brain cells and leave behind deep scratches of impatience on the armrest.

Fresh from his latest domestic murder, David Harris (Dylan Walsh) has come to Oregon to start over, targeting single mom Susan (Sela Ward) and her family, including eldest son Michael (Penn Badgley), fresh home from a juvenile military camp. Slipping into a fatherly role, David attempts to make the best out of the uncomfortable situation, pushing himself as a grand paternal figure, much to the disdain of Michael. Trying to convince his mentally challenged girlfriend, Kelly (Amber Heard), that David is nothing but trouble, Michael sneaks around the house, hoping to gather enough clues to prove his theory. David, sensing he won’t find the idyllic life he craves with Susan’s family, becomes increasingly violent to protect his fragmented identity.

I suppose there wasn’t much to expect from “The Stepfather,” seeing how it ended up in the hands of director Nelson McCormick, who tore the cult legacy of “Prom Night” apart last year with his moronic second take. McCormick is studio-controlled puppet, not a director in the artistic sense of the word, and his stillborn pass on the material is unsurprisingly dismal. The 1987 picture wasn’t the most refined production, but it retained a dazzling ambiance of suspense, twisting the traditions of the slasher genre to discover fresh areas of psychological troublemaking. McCormick doesn’t share the same sense of adventure, instead piping in the stupidity once David spots Susan.

With a restrictive rating, McCormick can’t stretch out his imagination to depict David’s homicidal appetites. The film’s limited to vague menace and neutered acts of violence, most featuring David suffocating his victims in various ways. Since the feature isn’t permitted to play rough, McCormick gives up the hunt early and aims the film toward teen viewers, filling the soundtrack with tuneless emo-rock snoozers and keeping Heard and Badgley in various states of undress. Hey, if actual suspense can’t be summoned, cheesecake will always do the trick. 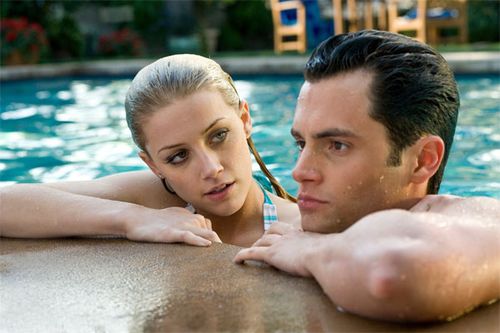 The flagrant and crude manipulation would digest easier if the two young stars could act. Instead, Badgley looks and sound like a heavily sedated version of Mark Wahlberg (Jill Schoelen was a much feistier teen killjoy), and Heard is atrocious in a role that requires nothing more from her than the ability to tie a bikini top. These two weren’t hired for their acting gifts, I understand, but they’re in charge of nurturing the mystery. Without a pair of lively, believable spoilers stepping in David’s way, there’s no reason to invest in the nonsense.

Walsh gives the killer dad role the old college try, but a plausible menace he is not. McCormick has an annoying habit of thickly underlining all of David’s misdeeds and predatory glances, making “Stepfather” more of a brazen cartoon experience, confusing Walsh’s concentration. It leads to a whopping bit of absurdity reserved for the standard-issue final showdown, which promises a sequel as our reward. With this cast and crew, it feels more like an act of intimidation. 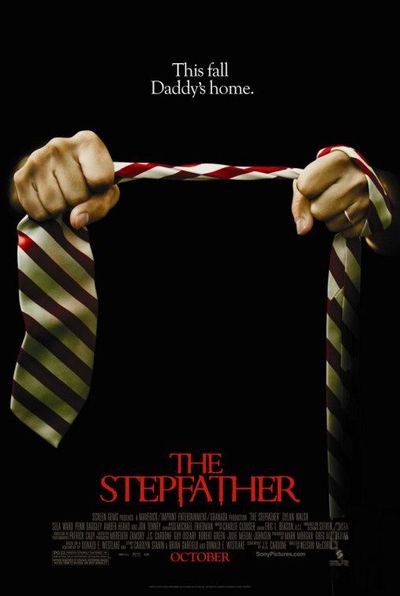 "What would the world be like without horror remakes? Probably a happier place."

HAH! Like that's gonna happen. You know, Howard Stern brought up an interesting fact. Because the world is in economic stasis, there's not much money going into quality programming. I don't know how the rest goes, but remakes, reality shows, and Disney tween girl merchandising are the result of what happens when George W. Bush screws things up so bad.

P.S.: I don't know Bush from a hole in the head, so no political bashing, please?

P.S. 2: I think Amber Heard, like Megan Fox, could have a good career if she had a better agent to direct her towards movies with better scripts. Plus, Heard isn't dopey (man, Fox is getting more hate than I've ever seen; didn't she and Michael Bay get back on good terms?).