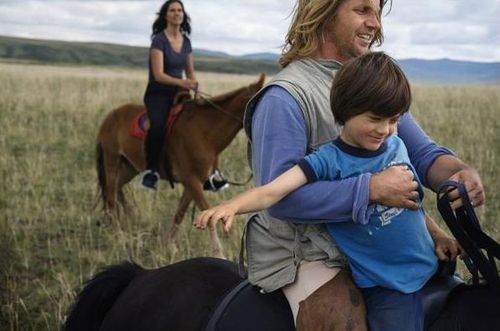 In 2004, Rupert Issacson and his wife Kristin found out their little boy, Rowan, was suffering from autism. Traditional medicines and therapies weren’t helping the child, who fell further into fits of tantrums and incontinence. Raising Rowan they best they could, Rupert and Kristin faced a bleak future with a boy unable to break free from his mental containment. And then Rowan met Betsy, a neighboring horse, and he opened up in ways his parents never thought possible.

Directed by Michel Orion Scott, “The Horse Boy” is a potent documentary studying Rowan as he finds comfort in the presence of horses, encouraging Rupert to consider a rather bold alternative to the daily grind of pills and meltdowns. Flying the family over to Mongolia, Rupert and Kristen would introduce Rowan to the world of shamanistic healing, crossing the countryside by horse and van to reach an area where packs of reindeer roam, hoping to engage the little boy’s obsession with animals. The documentary depicts nearly every single step of the odyssey, observing the family struggle with Rowan’s mental and physical fatigue, looking to shamanism as a way of challenging western methods of autism treatment, where Rowan is made to feel the outcast, facing a troubling lifelong battle with his disorder.

It’s a lengthy journey for Rupert, Kristin, and Rowan, and an arduous one for the viewer. Here is a depiction of autism in its most naked form, examining Rowan and his hourly breakdowns, communicating to the outside through a series of whimpers and grunts. It’s an exhaustive, unnerving portrait of the mind at its most mysterious, with Scott detailing both Rowan’s mania and brilliance, buried within the layers of an affliction too difficult to understand, much less accurately remedy. “Horse Boy” doesn’t dig too deeply into autism specifics, though it does articulate the concerns of an environmental origin and fear that isolation, not investigation, will develop the more the disorder is diagnosed.

The path to Mongolian enlightenment is fraught with setbacks and frustration. Though they do have cameras right up in their faces, Rupert and Kristin show outstanding patience throughout the film, though their weariness (the common, often overlooked shrapnel of autism) is palpable. The vistas are gorgeous, and “Horse Boy” captures Rowan as he opens up to the world while riding along, even befriending a child of similar age. While still prone to his panic buttons, Rowan shows astounding development out in the middle of Mongolia, embracing the experience the best he can.

The final act of “Horse Boy” takes place with the “Reindeer People,” a remote community who take the family in, attempting to pull the autism out of Rowan through prayer. Scott culminates “Horse Boy” on an emotionally formidable note of guarded optimism, and the results of the mysterious visit make for devastating cinema. A crucial step in both the cinematic treatment of autism and the possibilities of alternative care, “The Horse Boy” is a valuable, stirring motion picture. It’s a poignant step to understanding the mysteries of the mind and a critical, exquisite reminder of unconditional parental love. 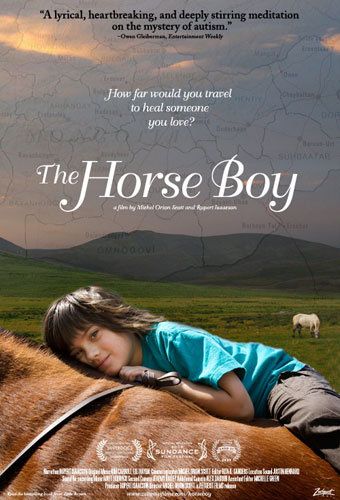