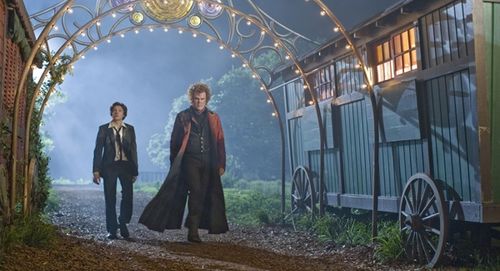 The projectionist could’ve run this film backwards, and I don’t think I would’ve noticed. “Cirque du Freak: The Vampire’s Assistant” is a Hollywood attempt to massage author Darren Shan’s 12-part saga of vampires and teenagers into a viable, cash-cow franchise. Spanning the first three novels, “Assistant” doesn’t tell a story as much as it hurls everything that isn’t nailed down against the wall to see what sticks. Labored and often tedious, the picture is a friendly stab at Burtonesque macabre antics, but director Paul Weitz is in way over his head trying to juggle huge portions of the grotesque and the epic.

16-year-old Darren (Chris Massoglia) is an average teen with good grades and a love for spiders. Finding a flyer for the “Cirque du Freak” sideshow, Darren decides to attend with impulsive best friend Steve (the limited Josh Hutcherson), finding the evening of oddities to their liking. Discovering the main act, Mr. Crepsley (John C. Reilly), is actually a vampire, a situation arises where Darren needs Crepsley’s help to save Steve from doom. Vowing to become his assistant, Crepsley fakes Darren’s death and ushers him into the Cirque family (including Salma Hayek, Orlando Jones, and Patrick Fugit). Educated in the ways of the vampire, Darren is troubled to learn that Steve has aligned himself with the nefarious Vampaneze and is dead set on revenge for all the humiliations he’s endured. 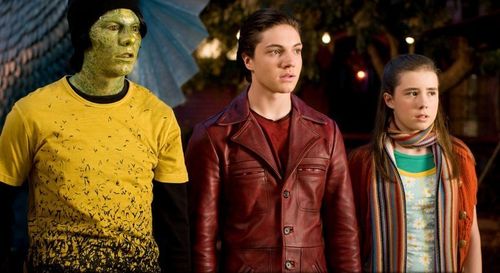 It’s not that “Assistant” is confusing, because I’m convinced that with ample time and patience, one could piece together the tale Weitz is desperate to sell here. My displeasure with the film comes from the velocity of the facts and figures. Condensing three books into 100 minutes is just asking for trouble, and Weitz isn’t the man for such an arduous job; how Weitz even nabbed the director’s chair is the most interesting mystery about this film. After “In Good Company” and the execrable “American Dreamz,” it’s odd that the producers handed the keys to a filmmaker without any previous work in the horror/fantasy genre. Hoping for a wry take on unconventional neck-biting shenanigans, Weitz offers the moneymen a joyless, verbose picture fiercely consumed with packing every last subplot into the script. There’s barely a moment to breathe before the next random act of Shan is introduced.

“Assistant” looks funky enough, with great attention to ghoulish moonlit graveyards and campsites. I also enjoyed the Cirque troupe and their various…ahem, gifts, sold well by the special effects. There’s just something inspired about Salma Hayek as a bearded lady. Reilly is a joy as Mr. Crepsley, moving away from his normal thick-tongued dopey guy routine to play a character with some menace about him and a little panache. There’s just not enough time spent on the freaks in the picture. With the focus on the teen characters and the hazy nonsense of the Vampaneze (a name that provoked waves of laughter from my screening audience), “Assistant” doesn’t chase the most exciting tangents, instead weighing itself down with bland subplots that never reach a fever pitch of enthusiasm the way Weitz hopes. With so much here to digest, the viewing experience is one of constant education, rarely allowing an opportunity to enjoy the vampiric fireworks. 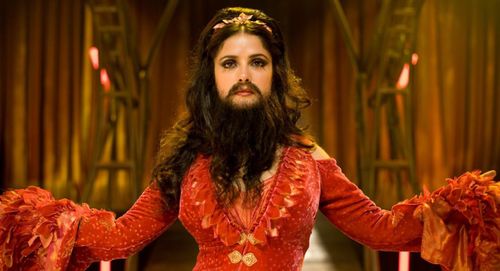 In a ballsy move, “Assistant” ends with a cliffhanger of sorts, failing to seal the story shut in an effort to drag this anemic saga into a full-fledged franchise. It’s an ambitious gamble, and one wasted on a dreary exercise in “Harry Potter” franchise money tree dreams. 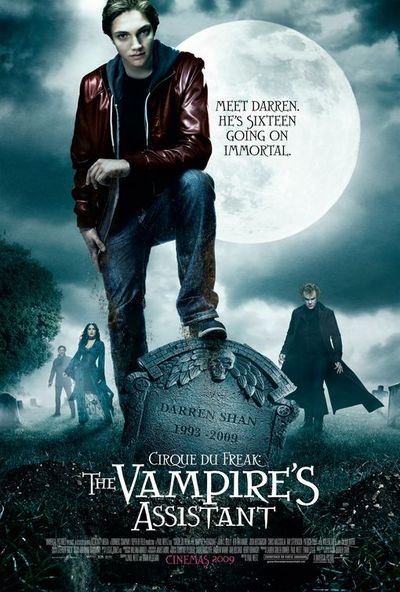