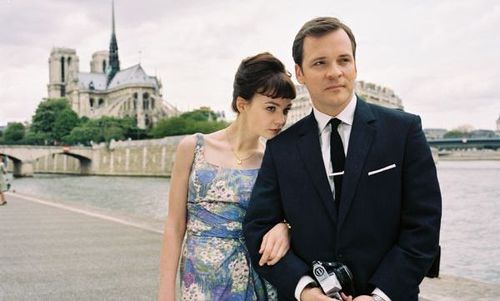 “An Education” is a sharply crafted ode to the loss of innocence, boasting top-shelf performances and evocative cinematography. It’s also material about two tantrums and a “Gossip Girl” cast member away from becoming a Lifetime Original event, making the nuanced accomplishments of the feature shine all the more brightly. It’s a wildly predictable film of extreme formula, but there’s a special effort made to confront that numbing familiarity, showcasing a mature, level-headed take on a frightening coming-of-age journey.

It’s 1961, and 16-year-old Jenny (Carey Mulligan) is feeling the burden of expectation from her parents (Alfred Molina and Cara Seymour), who’ve placed their daughter on a strict diet of schoolwork and hobbies to groom her for a future at Oxford. Into Jenny’s life comes David (Peter Sarsgaard), a suave older man who woos the teenager with the displays of wealth, identity, and social interaction she’s been craving. Falling under David’s spell, Jenny slips into an adult world, making friends (including Rosamund Pike and Dominic Cooper) and visiting places beyond her routine, while David charms her protective parents. With her future threatened by this new romance, Jenny is urged by the school faculty (Olivia Williams and Emma Thompson) to rethink her ways before she ends up destroying her life.

Based on journalist Lynn Barber’s memoirs and adapted for the screen by famed writer Nick Hornby, “An Education” certainly enjoys a lived-in atmosphere of caged ambition. Presenting Jenny as a fiercely intelligent, adventuresome soul trapped in a routine of educational perfection and collegiate concern, the character is one of easily perceptible distress, caught between the glittery life she desires and the chilly reality of educational accomplishment. With steely teachers judging her ways, parents riding her every last thought, and the boys her age too awkward to connect with (a pitch-perfect Matthew Beard), Jenny is molded wonderfully by director Lone Scherfig (“Italian for Beginners”) into a ripe apple of discontent, looking for any possible exit from the frightening banality of her life.

Enter David, a smooth-talking charmer with enchanting friends, an interest in the arts, and a worldly intelligence about him that didn’t emerge from a college experience. Jenny waltzes into David’s arms, overwhelmed by his attention and spontaneity, adoring his influence over her parents. We’ve seen this story before, where the lamb falls for the wolf, only to be eaten in the end. “An Education” doesn’t exactly shy away from that familiar arc, but Scherfig, practically acknowledging the tale’s rusty working parts, urges her talent to find distinctive shades of dramatic expression to subvert the routine. The clarity of this direction shines through every moment with Mulligan, an uncommonly talented actress who permits the viewer opportunities to understand Jenny’s cleverness even while she willing gives in to David’s red-flag attraction.

The cast gathered here is outstanding (even Sarsgaard, inching closer to becoming the art-house version of William Zabka), yet Mulligan’s work is a special gift, underlining the growing pains of a girl eager for adult treasures, only to find herself unprepared for the inevitable acts of deception. It’s a stupendous illustration of clear-eyed illogic. Jenny isn’t actually a fragile victim, merely a willing accomplice to the demolition of her future, instigated by David’s suspicious lust.

“An Education” is filled with wonderful details of courtship, bedroom discomfort, and self-destruction, creating a stunning journey for Jenny as she maneuvers through a false period of maturation. From the outside, “An Education” may seem like reheated despair, but the fantastic thespian elements contained within broaden the sensitivity of the material, allowing a chance to observe characters making bad decisions from a place of personal choice, not simply stupidity. 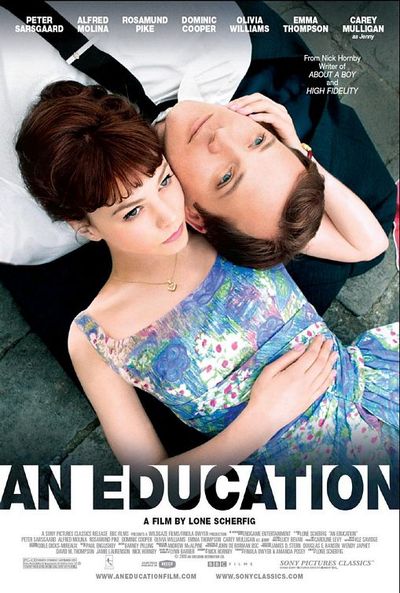