Snickers Fudge is the latest in a long line of “Limited Edition” candy to hit store shelves, encouraging sales beyond the norm. Just something to catch the eye and freshen up old caloric favorites.

I find gimmick candy to be muted fun, bringing oddball and blinding flavors to the confection game that break up the monotony of delicious treats. Not that Snickers is humdrum and needed a makeover, but the fudge incarnation aims to add some dimension to the brand name. Hey, as long as the obsessive candy scientists keep up the hard work bastardizing established goodies, I’ll be happy. Keeps life interesting. 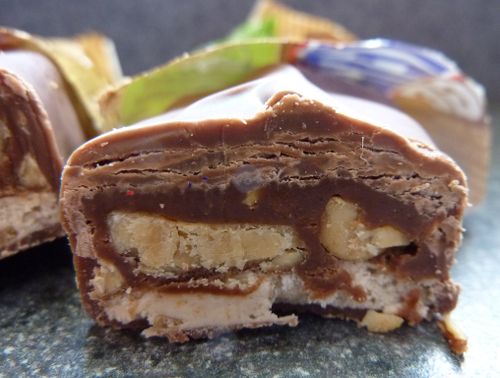 What if someone threw a fudge party and nobody actually brought fudge? That’s the feeling I get from this Snickers offshoot, which doesn’t stray far from the original recipe. In fact, it’s nearly impossible to taste the fudge portion at all, robbing the bar of its purpose. Sure, there’s a hint of soft chocolate filling, but I think most, if not all potential consumers are anticipating more of a pronounced flavor. Expecting to bite into a thick ribbon of candy store-style fudge, this Snickers bar only brings a thin sheet to cover the traditional filling. It’s not a crushing disappointment, but more of a curiosity.

Perhaps OPEC raised their fudge prices recently and Snickers, caught in the crosshairs of a potential PR fiasco, decided to go ahead with their fudge brand, hoping nobody would notice. Or maybe owner Thaddeus J. Heathcliff Snickers-Kennedy finally succumbed to Alzheimer’s, ordering the mass production of a bar that doesn’t possess a drop of fudge. Fraud? You tell me. 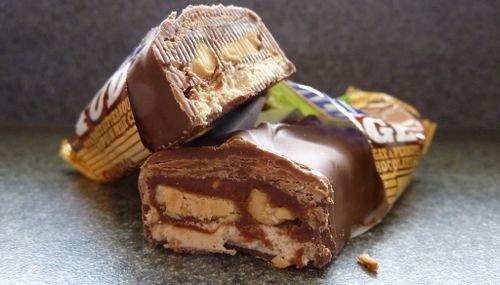 Hey, it’s still Snickers, with or without fudge. And this new bar gives those with fudge allergies an opportunity to play a few wicked pranks on loved ones. All is not lost, just oddly fudgeless.