Home Archives Profile Subscribe
Wizarding World of Harry Potter Construction Update: 9/09/09
Film Review - Tyler Perry's I Can Do Bad All By Myself 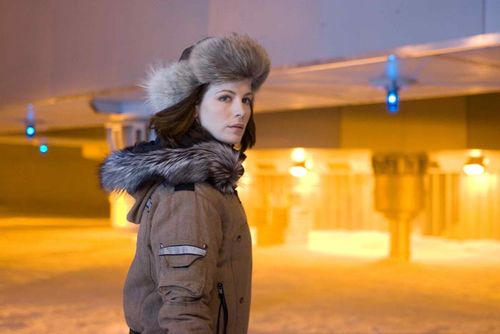 Many films register as forgettable. “Whiteout” is practically the definition of the word, not actually requiring a viewing to sense a distinct worthlessness to this cinematic endeavor. Purportedly based on a beloved 1998 graphic novel, this Antarctic thriller is a dreadful sleeping pill, marching into production with the best intentions in the world, but coming out the other side a jumbled, incompetent, ludicrously underlined whodunit.

Stationed on a remote base on Antarctica, U.S. Marshall Carrie Stetko (Kate Beckinsale, failing to hide her embarrassment) is looking forward to her last days patrolling a frozen wasteland. Riding out her final moments of duty with friends (Ton Skerritt, Columbus Short), dreaming of a warmer future, Carrie is instead pulled into a last-minute murder investigation when a body is discovered out in the middle of nowhere. Finding clues that lead to the icy wreckage of an old Soviet cargo plane, Carrie, joined by U.N. operative Robert Pryce (Gabriel Macht), discovers a dangerous secret onboard. Looking to investigate further, Carrie’s efforts are obstructed by a masked killer on her trail, prowling the base to prevent the curious cop from revealing who’s behind the now growing body count.

“Whiteout” lures director Dominic Sena back into daylight, returning to the big screen after an eight year drought that followed his work on the cheerfully demented tech-thriller, “Swordfish.” Sena, who long ago helmed the superb serial killer chiller “Kalifornia,” always struck me as a practiced filmmaker blessed with some sense of the macabre. “Whiteout” reveals his artistic pipes have rusted shut during his absence, with the picture pure amateur hour, resembling a production slapped together by people unaware of how motion picture storytelling works. Shot over two years ago, “Whiteout” has seen its fair share of behind-the-scenes trouble, and it’s unfortunate to find all the editorial reworking and plot redressing visible onscreen. And if there wasn’t any forced rethinking of the film over the last two years, then Sena should never be allowed to direct again. It’s a hopeful assumption that this version of “Whiteout” debuting in theaters wasn’t his initial intention for the material. Fingers crossed.

One of the many problems wearing down “Whiteout” is its maddening compulsion to repeating itself like an OCD patient, constantly reinforcing exposition or exaggerating basic body movement to keep everyone in the theater on the same page. It’s bad enough the actors are stifled with impossibly lousy Cro-Magnon dialogue to mutter while acting as though they’ve just stepped into a freezer (the “fake breath” CG effect is so poorly timed here, it makes it look like everyone is constantly hyperventilating), but the film has them broadly emphasizing every move they make. Flashbacks factor heavily into the mix as well, popping up routinely to further clarify even the most trivial of details, also permitting Carrie a broken past as betrayed cop. It’s all embarrassingly finger-painted by Sena, who can’t quite master a flow to the filmmaking that would benefit from the constant revisiting. It reduces “Whiteout” to a slapdash “CSI: Antarctica” episode, spending more time justifying the motions than actually enjoying the ride.

It’s hard to believe “Whiteout” was based on a celebrated comic book, seeing as how the central mystery isn’t much of a mystery after all and the action is lethargic at best (Sena has lost whatever sense he had for spatial relationships). What the bad guys are ultimately after is a huge letdown, especially after the lengthy buildup and the very appearance of Dark Castle Entertainment as a producer. I suppose I was expecting something…spookier. Instead, it’s a run-of-the-mill scam, handed pedestrian foreshadowing and awful red herrings to keep the audience guessing to the end. Trust me, whatever snowbound trouble you might imagine while watching the film is assuredly better than what the script invents.

Performances are stilted (the film is more interested in undressing Beckinsale than gifting her a nuanced character arc), locations reveal their discount greenscreen origins too easily, and a critical finger-amputation sequence is staged much too casually to take seriously. “Whiteout” is one bad idea after the next, somehow entrusting the stark, frigid Antarctic landscape to do most of the heavy lifting when it comes to a forbidding attitude. The script needed less repetition and more toe-tapping deception, though there’s never a compelling reason offered for this film to even exist in the first place. 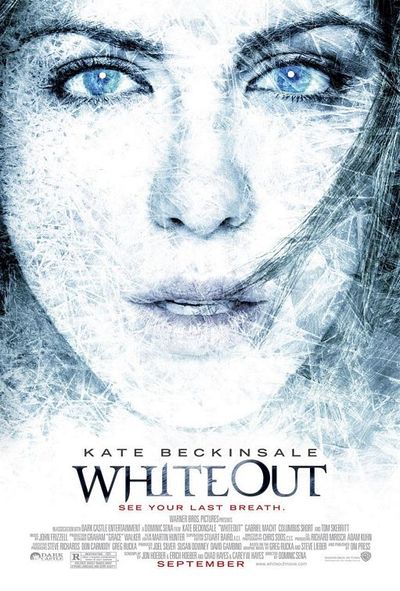 I agree, not a good movie. Beckinsale does her best, but the mystery at the picture's heart is just too obvious.