Let’s put aside the obvious blunders of the horror comedy “Jennifer’s Body” for a moment and focus on the major howler of the picture: an emo band is selected to be the agent of Satan in the story. Not Judas Priest or Dio, but a guyliner-wearing, whimpering-vocals emo band. Now where’s the PTA-alarming fun in that? The popped-collar doomsday device is only a tiny portion of the troubles that plague this uneven, obnoxious picture, but with a script that tinkers with teens, sex, and Lucifer, peeling metal out of the mix is not a bright way to kickoff a tale that reaches for a specific tone of wickedness.

In a tiny rural Minnesota town, Jennifer Check (Megan Fox, “Transformers”) is the sex bomb of the local high school. Ruling the hallways while best friend Anita “Needy” Lesnicky (Amanda Seyfried, “Mamma Mia!”) watches with pride, Jennifer takes comfort in knowing she can have any boy around. On the evening of a local concert by the emo band Low Shoulder (with Adam Brody), fiery disaster strikes, leaving Jennifer alone in a van with the group. Returning to Needy that night a bloodthirsty demon, Jennifer commences a reign of terror that has her killing off the local boys to feed her hunger, enjoying a post-munch beautifying rush. Needy, fearing for the safety of her boyfriend Chip (Johnny Simmons), studies up on satanic rituals, finding Jennifer fits the profile of a sacrifice gone horribly wrong. 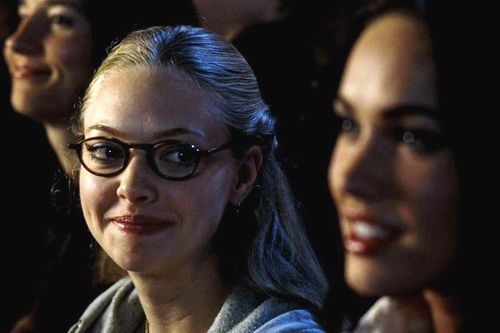 “Jennifer’s Body” marks the return of screenwriter Diablo Cody, who picked up an Academy Award for her first effort, 2007’s sleeper hit, “Juno.” Cody attracted a lot of attention for her idiosyncratic scripting, displaying an exaggerated writing style that gave every character the same voice of a 29-year-old ex-stripper with a calloused-hand hankering for obscure pop culture. I wasn’t in favor of the insufferable “Juno,” finding Cody’s depressingly self-conscious quirk calcifying the story, mistaking “Thundercats” references for wit. However, the gig did launch a career; “Jennifer’s Body” is the dreaded follow-up feature that decides whether Cody stays diapered in the sandbox or proves herself capable enough to march to a brighter, less cloying creative future.

Ug. She’s up to her old tricks again. Only here the tongue-twisting tripe buttresses a tribute to 80s-style horror-comedy -- an assured step toward artistic bankruptcy.

“Jennifer’s Body” has a problem with tone. The balance of laughs, scares, and teen angst is an unsteady one, overseen by Cody in a patchy screenplay that quests to corral several experiences for the audience, with consistency low on the list. While the cutesy verbal gymnastics have been slightly toned down for this foray into vampiric bloodsucking, Cody still exercises her fastball now and again, aiming her one-liners toward the teen characters, who spit out the mallrat razzle-dazzle unconvincingly, as if reading the smeared verbal diarrhea off cue cards. Cody laces up a barrage of disastrous one-liners to slap some personality into the roles, but, much like “Juno,” the effort is disturbingly transparent, sounding again like Cody trying to entertain herself rather than service distinct characterization or achieve a singular pitch of whimsy. The basic cable verbosity has become her crutch, and when dialed up in “Jennifer’s Body,” it leaves the film a useless, tiresome joke without any prayer for a proper punchline. Add to the migraine a few questionable jabs at 9/11 and The Station club fire tragedy, and it appears Cody has found a few new lows for her antics.

Heaving the blame for this wretched picture entirely on Cody is unfair, since director Karyn Kusama (“Aeon Flux,” “Girlfight”) reveals herself completely unprepared for the job at hand. While photographed with a generous cold touch by M. David Mullen (the only crew member here that understands what retro horror should feel like), Kusama fumbles Cody’s oily puzzle pieces, bumbling her way through exaggerated comedic sequences and the gory stuff, which plays too viscerally to enjoy in the good-humored way the film seems desperate to achieve. Kusama renders “Body” blind, trying to craft something tonally specific, only lacking the directorial skill to stand it up vertically. “Body” hopes to be funny and sexy, disturbing and creepy, yet it never attains a proper footing under Kusama’s watch. She can photograph a ridiculous lesbian kiss with the best of them (the homosexual energy between Jennifer and Needy seems shoehorned in to capture an alternative audience that would normally stay away), but hand the filmmaker a story to tell and she falls apart. It’s a thankless job to direct a Cody script, but Kusama doesn’t show any flair for the genre, focused more on the parts than the whole. 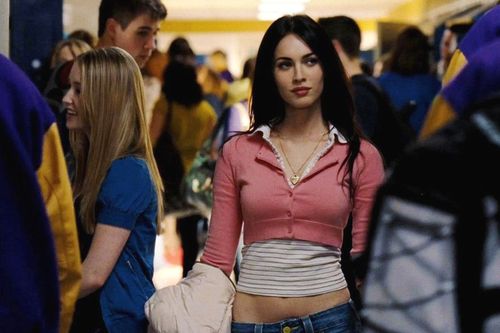 There is a bright side to the picture, and her name is Amanda Seyfried. A talented, bouncy actress, Seyfried is the only cast member able to inject some clarity into the proceedings. Her line readings feel as natural as allowed, reactions stay within believable parameters, and Needy’s virginal nerdy qualities come off as endearing. This is all thanks to the actress, who demonstrates plentiful grace under pressure, especially playing across Fox, who botches Jennifer’s all-holy sexual pull by uttering too many Cody-crunched lines, yapping all the allure away. It’s actually somewhat funny to observe “Jennifer’s Body” make the titular character completely unappealing through her intolerable, ineffective sex kitten posing, giving Seyfried a wide open shot to steal the film. 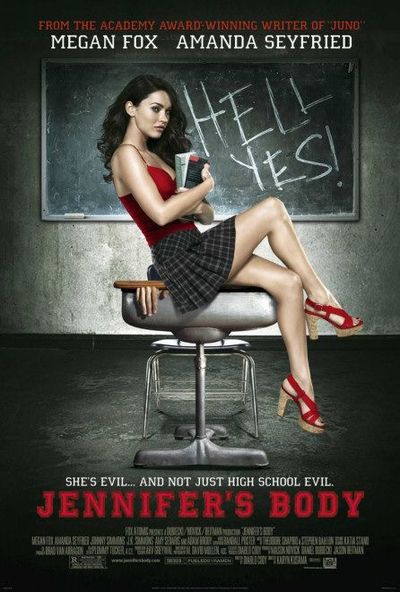 may some one to it seems like a jujune blood sucking movie. but for me Jennifer's body is truly thriller genre .movie where Megan Fox plays as lusty blood sucking cheerleader role as Jeniffer. Amanda Seyfried plays as Megan's everlasting friend. i love Amanda's character more than Megan's.

Anyway, great review. I've always thought that Megan Fox wasn't as great an actress as she seemed but I didn't want to judge because I had only seen her in Transformers and that wasn't exactly a stellar piece of cinema. Hopefully the Angelina Jolie references will die off after this film, and Megan Fox can keep working as an actress and get better instead of being pigeonholed by entertainment writers just because she has the same hair color as someone else (really?)

too bad for Megan Fox, eventually she'll have to actually do some acting at which point she'll be done for; but it looks she may have escaped career destruction for a least a little while longer...