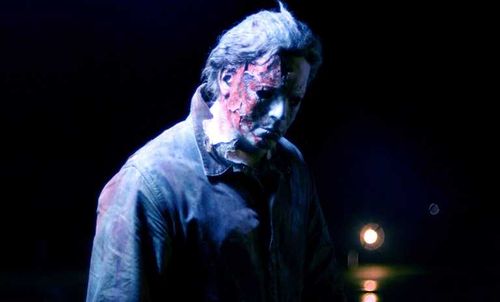 No matter how many times the producers reboot, reimagine, or remake the “Halloween” series of horror films, it doesn’t erase the fact that there have been 10 of these pictures, with true creative clarity bled out of the material long ago. This is why I don’t hold a grudge against writer/director Rob Zombie, who seems consumed with turning the bland knife-wielding bombardment of Michael Myers into a psychological dark ride of supreme violence and everlasting eccentricity. “Halloween II” is going to infuriate many, especially those who like their slasher treats served up nice and unassuming. While a direct continuation of his finely scattered 2007 retread, Zombie’s “Halloween II” is a demented, uninhibited sequel that tears off in a vividly lunatic direction. Zombie’s making this one for himself, folks, and either you succumb to the experience or every single scene is going to feel like multiplex imprisonment.

A year after her horrific experience battling Michael Myers in Haddonfield, Laurie Strode (Scout Taylor-Compton) has reclaimed a small part of the her life, but the nightmares are as excruciating as ever, pulling her slowly into the depths of psychosis. Trying to rebuild her sanity in the care of Sheriff Brackett (Brad Dourif) and friend Annie (Danielle Harris), Laurie finds her worst fears confirmed when Michael returns on Halloween to find her and finish the job. Michael, now guided by the spirit of his dead mother (Sheri Moon Zombie), viciously cuts down anyone who dares march into his path. Profiting from the experience is Dr. Loomis (Malcolm McDowell), who’s written a book on Michael’s earlier rampage and has now inadvertently triggered a chilling date with destiny for Laurie as she fights to survive the holiday.

Flat-out recommending “Halloween II” is a personal impossibility. This film is an acquired taste, requiring a certain level of squinted Zombie appreciation to act as the appetizer for this immense feast of suffering. This is Zombie’s full “Halloween” vision, not the fragmented storytelling rhythms that overwhelmed the 2007 film. Like it or not, “Halloween II” has a full-bodied sense of its own delusions, directed by Zombie in a manner that showcases more concentration on mood and more fearlessness in narrative design. It’s not a perfect film by any stretch of the imagination, but I enjoyed sensing Zombie’s virulent DNA throughout the film, shedding all the bulky John Carpenter reverence to play dirty pool in the ominous world of Michael Myers.

“Halloween II” avoids furthering the Laurie saga to hungrily plunge into the recesses of Michael’s mind, where he’s encouraged to kill by the ghost-white vision of his mother, described by Zombie as a “White Horse” texture of subconscious delusion. It’s a fascinating touch to the Myers legacy, with Zombie staging surreal visions of demonic assembly, regressing Michael to his adolescent shell to confer with his beloved mother, using the famous Shatner mask as his literal face of death. It’s Zombie tinkering in the playground of David Lynch and Alejandro Jordorwsky, and while unreasonably bizarre, the abstract flourishes provide needed stimulation to an otherwise routine set of kills. Is it a reach? Sure, but Zombie believes in it, and that lends the picture an intriguing pinch of madness that keeps the filmmaking alert.

It also helps to have cinematographer Brandon Trost delivering stupendous work throughout the film, elevating the grim elements with an inventive lighting design and evocative countryside menace. I can understand a complete rejection of Zombie’s ideas, but “Halloween II” is one of the sharpest looking horror films in quite some time.

Ratcheting the violence beyond the boundaries established in the 2007 feature, “Halloween II” plunges full steam ahead with frightful gore and stomach-churning brutality, and Zombie seems to linger on ugly for as long as he can. Since there’s really no gripping sweep to the picture (the plot tries, but fails to entangle all the leads compellingly), the rage numbs after the first half. However, it’s a thrill to see Zombie return Michael Myers to a place of terror, and while instantly nauseating, the killing spree is memorably severe, stripping any laughs out of the equation. I was fond of Zombie’s original “Halloween” because it brought a fresh perspective to the table, even while in the midst of playing dress up. “Halloween II” doesn’t have enough gas to make it to the finish line, but again Rob Zombie is forgoing trends to cherry pick imagery from his own delirium. That home field advantage has its perks. 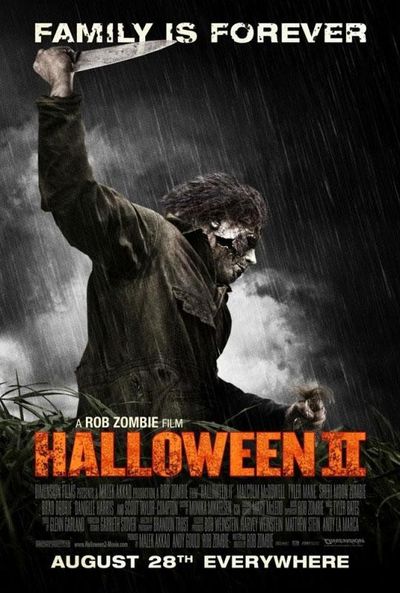 Very good review Brian. Your spot on saying Zombie made this for himself and that is exactly what you need to realize to enjoy the movie.

Very good review. I actually liked this one more than most people I know. It is very different from the other Halloween movies which i felt was exactly the point. Not a perfect movie, but at least it tries something different.