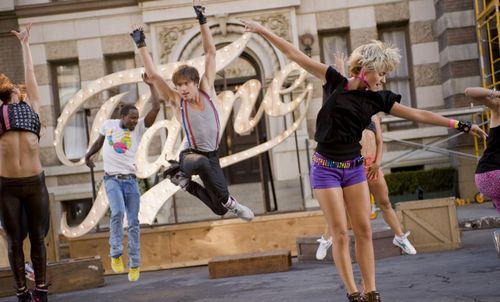 Remaking the 1980 Alan Parker hit, “Fame,” makes sense to me. After all, every teenager in the world today seems to be primed for a career in stardom, weaned on “American Idol” and the string of stupidity that makes up the nightly programming blocks on MTV. It’s a story that offers ample elbow room to indulge fantasies of idolmaking, but I was plenty stunned to find the new “Fame” shallow and charmless, especially when it has not only a feature-film guide rail to work with, but a successful television spin-off as well. Instead of seeking reverence, the producers gave the film to an untested director and stripped all the grit right out of the material. What was once a neurotic, awkward climb to the summit of personal achievement has been molested into “High School Musical 4.” Coco would not approve.

Auditioning for the New York City High School of Performing Arts, a group of gifted teens from a wide range of backgrounds hope to gain entrance, looking to the school as a launching pad for their unshaped brilliance. For shy Jenny (Kay Panabaker), frustrated singer Denise (Naturi Naughton), filmmaker Neil (Paul Iacono), and rapper Malik (Collins Pennie), the road to graduation is a long and hard trial, fraught with disappointment and rejection, not to mention the normal set of adolescent growing pains. Under the guidance of the pitiless faculty (including Bebe Neuwirth, Megan Mullally, Charles Dutton, Kelsey Grammer, and Debbie Allen), the students learn to rise above their fears, ready to face the entertainment industry armed with a newfound sense of confidence.

I’m no fan of the 1980 “Fame,” finding it an evocative depiction of New York City ambition, but hopelessly goofy at times, with outlandish musical numbers that felt counterproductive to the sobering reality of adulthood Parker was trying to capture. After seeing the 2009 remake, my admiration for the original film has multiplied exponentially, finding the earlier picture more respectful to the core story of failure, friendships, and chance.

Directed by choreographer Kevin Tancharoen, the new “Fame” is a glossy, vapid voyage into the heart of the teenage dreamer, only screenwriter Allison Burnett isn’t able to juggle the multitude of characters that populate the halls of P.A. “Fame” is a mess with characterization, assembling a starting line-up of faces without personalities, random robots of melodrama wound up tight and set loose on a lousy vessel of drama -- cartoony disapproving parent material that seems more at home in an ABC Family pilot. 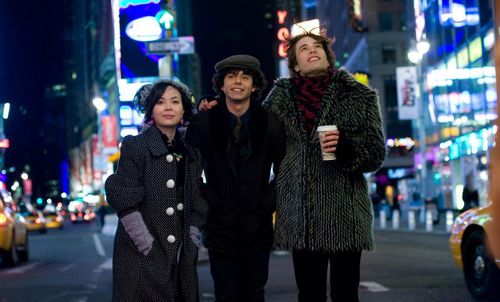 The audience is never allowed a chance to identify with these kids or their aspirations because Tancharoen is more devoted to his hackneyed stylistics (you’ve never seen a more pointless usage of shaky-cam or cop-show zoom in your life) and Vegas nightclub choreography than to present something of exceptional emotional substance. The “Hot Lunch” sequence notwithstanding, “Fame” 1980 offered complex characters and idiosyncratic performances with plenty of screen time to organically develop. The new “Fame” views the kids as obstructions in the way of bland music video-style dance numbers. I’m convinced the director wanted nothing to do with them. Anything that can’t wear glitter, flip, or make jazz hands is immediately ignored.

There’s no soul to “Fame” that makes it worth the time invested. Its superficiality isn’t surprising, just tiring. Tancharoen bumbles scene after scene, failing to sell the passage of time, the nuances of the relationships, and the hold of the teachers. In fact, Burnett’s script is oddly disdainful of the teaching profession, making “Fame” not only brain dead, but irresponsible, viewing the act of teaching as the ultimate failure in life. I suppose it’s somewhat ironic that the staff of P.A. is the only winning element of the picture, with acting titans such as Neuwirth and Dutton providing the professional zeal the rest of the picture is missing. Mullally adds some zest as the music professor, even joining in on the singing during an agonizing karaoke sequence (another sin of stupidity contained in Burnett’s connect-the-dots script).

The kids live, love, and learn during their time at P.A., yet the inconsequence of the picture is staggering. The new “Fame” is pointed directly at pre-teen girls (making it a future hall of fame contender in the category of sleepover DVD rentals) and reduced to a hard PG experience, which should please younger viewers who won’t miss the delicious city spirit or occasional gravitas of the 1980 film. It’s a new era, and this is a new “Fame,” lobotomized further to sell some soundtracks and encourage a new round of dreamers hoping to jump into the entertainment business. Because the world needs more rappers. 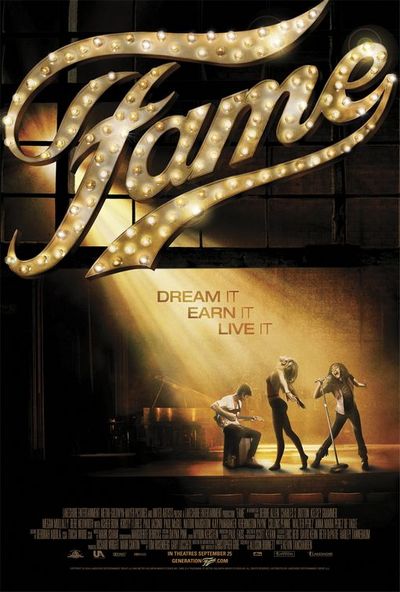 Whoa, that last line came out of nowhere. Kinda weird...

The 1980 "Fame" was the illegitimate child of "A Star Is Born" and gave birth to the wannabe (a term Madonna would exacerbate much later). "Fame 2009" is most certain to spawn amateur videos of prancing, writhing teenyboppers that will flood YouTube, giving the Hannah Montana imitations a run for the money. Kids want to be stars more than anything else and movies like "Fame" seem to show possessing the attitude is more important that transmitting sincere and productive talent. As Mr, Orndorf pointed out, it seems like getting in front of a camera and spouting rhymes that has the suffix "izzle" in every other stanza automatically qualifies its author as a star. Somebody has cut the yardstick way low.