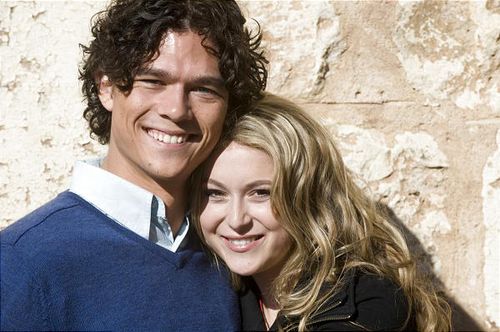 There’s a not a single moment in the new musical drama “Broken Hill” that’s original or fresh. Films of this ilk, inspirational and romantic (to a certain degree), are typically judged by their storytelling fervor, and “Broken Hill” gets by with just enough enthusiasm to help block out the photocopied screenplay and the pedestrian dramatics perhaps better suited for a television series. However, there are morsels of good-natured inspirational intentions here to help the film scurry away from the chore it might’ve become without its amiable personality.

An Australian farm boy with big dreams to create his own symphonies, Tommy (Luke Arnold) is stuck in the routine of life, dealing with high school humiliations and harsh judgment from his father (Timothy Hutton). Talked into trouble by his dream girl, Kat (Alexa Vega), the two are caught by authorities when a prank goes wrong, ordered to complete 20 hours of community service as their sentence. Tommy, sensing a chance to work on his music and compete in an upcoming competition, elects to help form an orchestra with the inmates from a local prison, including repeated escapee, Kalai (Che Timmins). Struggling to form something out of the ragtag group, Tommy grows frustrated, trying to juggle his feelings for Kat, his fears at home, and his conducting dreams in a short amount of preparation time, looking to pull off a miracle.

Written and directed by Dagen Merrill, “Broken Hill” leaves itself wide open for mockery. Taking the Screenwriting 101 handbook to heart, Merrill has manufactured an uplifting tale completely devoid of surprise, tackling monumental clichés with every possible opportunity afforded to him. Disapproving dad? Zero-to-hero band of rejects? Spunky, coy, but supportive love interest? “Hill” isn’t a stunning display of narrative ingenuity. It’s disappointing, but Merrill is after a comfort food ambiance of clean, easy to please entertainment geared toward the whole family; the film is a broad display of formula to better communicate with a larger audience. It’s hard to get excited by “Hill,” but it announces its mild intentions loudly in the opening act, making it easier to just go with the routine flow.

What does work here is Arnold’s passionate performance. A film like this needs someone filling it up with personality, and Arnold is the performer here that lends “Hill” some needed unrest. Arnold’s eagerness is infectious, and while working with a capable ensemble, the young actor shines the brightest, allowing the audience to feel for Tommy’s dilemmas and root for his opportunities. Arnold also creates authentic sparks with Vega, making the romantic digressions easier to swallow. Acting as if the entire film depended on his zeal, Arnold makes “Hill” hum, and I can’t imagine how dreary this thing might’ve been without his commitment.

Experienced filmgoers will be able to spot the ending of “Broken Hill” within the first few minutes of the movie, and that predictability is draining, hurting the lasting impact of this strange tale of unlikely musicianship. However, there’s a curious spirit to the feature that makes it something to enjoy. As Tommy builds his ultimate symphony with a group of felons and their makeshift instruments, it’s easy to understand and appreciate Merrill’s lukewarm, but kind approach to this tender tale. 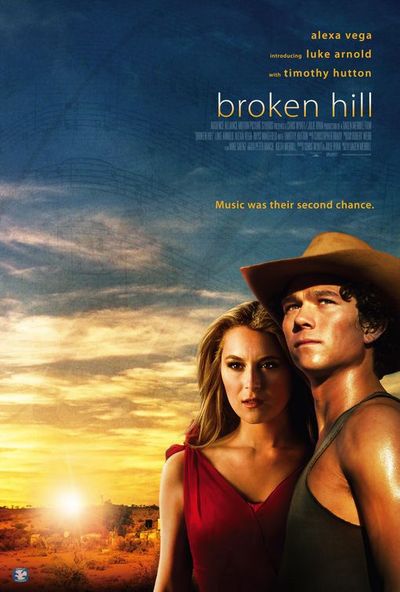