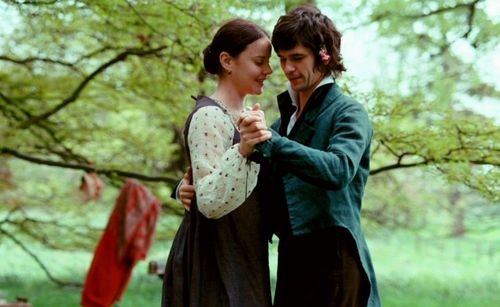 In 1993, filmmaker Jane Campion stunned the world with her soulful, harrowing portrait of warm-blooded lust, “The Piano.” Suffering a few creative setbacks over the years, Campion returns to fertile artistic ground with “Bright Star,” a similarly heaved portrait of love’s unforgiving boundaries. Lacking a certain spark that justifies its excessive length, “Bright Star” does manage to recharge the director’s creative batteries, with material that allows Campion to exercise her amazing ability to depict love’s ever scarring touch.

The year is 1818, and poet John Keats (Ben Whishaw) is unable to shake feelings of failure, teaming up with friend Charles Armitage Brown (Paul Schneider) to work on their creative temperaments. Enjoying annual residence with the Brawne family, John takes a special shine to seamstress Fanny (Abbie Cornish), and the two commit to a dance of unconsummated passion, holding their affection in private. As time passes, John comes to the realization that he’s unable to marry due to his crushing debt, leaving Fanny in a state of shock, unable to cope with life without her beloved writer.

“Bright Star” is a suffocating exhibition of romantic fixation, but that’s compliment. Campion is tremendous with these aching, grasping displays of heartache and social cruelty, finding the core relationship between John and Fanny fertile ground to mount a tragic tale of lovers unable to indulge their mutual heartbeat. Sections of “Bright Star” excited me immensely, especially moments of pure response between the characters, who must cling to the bondage of period decorum to prevent themselves from exploding from the sheer passion of it all. Campion has the characters clawing at walls, swooning through flowery correspondence, and divided monetarily (the ultimate humiliation). While tightly fenced in by the requisite era-specific emotional sedation, the tempest is palpable at every turn. 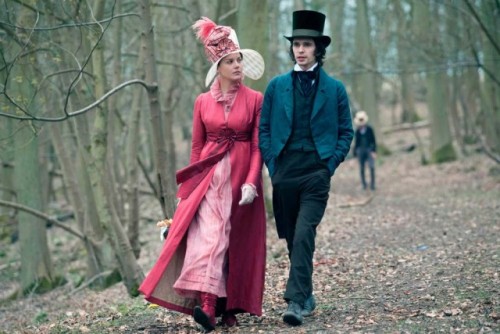 Fueling the fire are performances from Whishaw and Cornish, the latter delivering revelatory work as the insatiable Fanny: a woman tasting love for the first time and would dig her own heart out with a spoon if ever permanently separated from her beloved John. Cornish displays astonishing unrest in the picture, keeping Fanny a portrait of rumbling romantic instinct rather than someone more conventionally distressed. It’s poker-face performance with fringes of emotional ecstasy and catastrophic lament, yet Cornish portions out the fire breathing magnificently.

The real hangnail of the picture is Schneider, who slips on an indistinguishable accent and indicates his way through the film like a madman. It’s a frightful performance; the character is intended to read as deceitful and jealous of Keats, but Schneider (forever inconsistent) plays Brown as a whimpering goon, prone to unearned outbursts and unchecked method indulgence. Thank heavens the character isn’t around for long.

Discovering pockets of quivering obsession, Campion develops an enthralling rhythm to the feature that helps hurdle the innate immobility of the tea-n-rumor genre. Sadly, the effect doesn’t last long enough, with “Bright Star” pushing its luck by inching to the two hour mark. The moony poetic exchanges are appropriate, but unregulated, and Campion doesn’t know when to break free. She drags out the suffering 30 extra minutes, punishing the characters for their everlasting faith in romance, making sure the speculative John and Fanny love story is branded as one of chest-scratching tragedy, not exceptional perseverance. 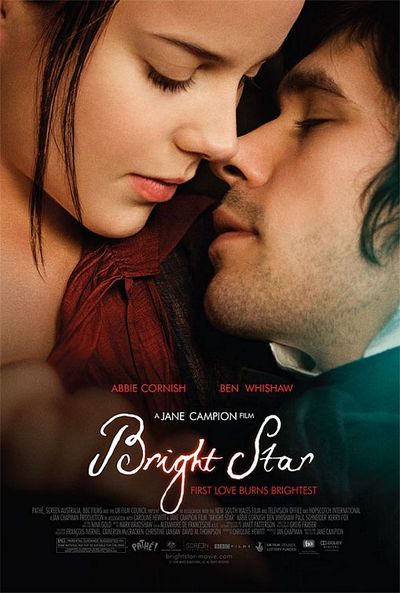