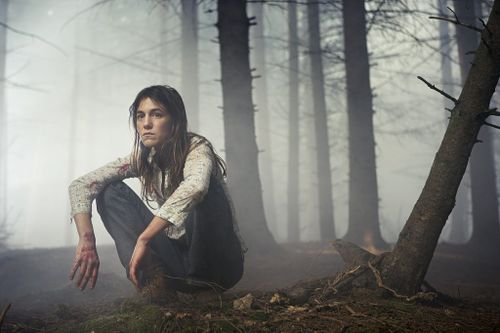 Grief, death, and rusty scissors collide in Lars von Trier’s “Antichrist.” A metaphysical sojourn with cinema’s loudest spoilsport, the picture stuns and sickens, almost daring viewers to keep watching as it articulates the ravages of the unwound mind, filling the frame with demented acts of unspeakable violence and deeply considered thematic stimulation. For fans of Trier, “Antichrist” is a return to his once irresistible provocative appetites, shamelessly exploiting suffering and misogyny to generate the outrage that fuels his daydreams (and bank accounts). It’s a pitch-black torrential downpour of pain, and should only be approached by those willing to allow Trier 100 precious minutes to play his madcap mind games.

Reeling over the death of their toddler son, estranged couple He (Willem Dafoe) and She (Charlotte Gainsbourg) are devastated to learn their sexual appetites contributed to the loss of their one and only child. A therapist sickened by the care afforded to his wife, He takes the devastated woman to their remote cabin in the dense forest of Eden to confront her fears and repair their relationship. Once arrived, the couple finds the woods an unbearable reminder of their loss, with She plunging further into madness, feeding upon images and research of witches and assorted feminine horrors. He tries to counteract with logic and restraint, but learns of a special evil nature infesting the environment, which soon overtakes She, urging hell to break loose.

It’s useless to get upset with Trier over the ultraviolent antics of “Antichrist,” as this type of storytelling has afforded him a long career of polarizing successes. Of course, a reasonable deconstruction of the film is impossible, as Trier builds an interpretive mood of sin, volatile communication, and psychological suffocation, using expansive brush strokes of gothic imagery and sexual gamesmanship to motor his ideas on grief and depression, working the material into a suitable lather of audience-baiting theatrics. I’ll be the first to admit that Trier’s rascally ways often get the best of him. Still, when the director finds a proper scab to pick, nobody does it better. “Antichrist” doesn’t return Trier to the heavyweight shape of “Breaking the Waves” or “Dancer in the Dark,” but it’s an intriguing hailstorm of controversial subtext and confrontational, surreal visual mastery.

Finding a proper introduction to the mental illness of “Antichrist” is impossible. It’s a film that demands a cannonball into the deep end, though Trier eloquently opens the picture with an unnervingly peaceful prologue recounting the plunging death of the doomed child, intercut with He and She’s lovemaking session, building a devastating swell of anxiety while introducing the role of “The Three Beggars,” symbolic entities that drive She’s psychotic behavior, contributing the film’s “Grief,” “Pain (Chaos Reigns),” and “Despair (Gynocide)” chapters. Outstandingly observed with super-slow-motion cameras, the B&W sequence stuns immediately, commencing “Antichrist” on a dispiriting note of catastrophe. However, the mood still manages to degenerate from there.

“Antichrist” is a measured nightmare, monitoring the mental tug of war between She and He while they sniff out the depth of their damage in the middle of nowhere. Trier’s angle is one of invasion, as He uses his position of power to unethically coax his wife back from the edge of suicide, taking the role of icy therapist to offer She a mental penetration she cannot endure. Fighting back with sexual favors and hysteria, She is tormented by the forest, fearing nature as an evil force equaled to femininity itself, as explored through her thesis work on the historical reduction of women to primal, biblical spirits of malevolence. Stillborn and self-mutilation imagery (complete with a talking fox) only enhance the suffering for both characters, along with a curious acorn motif that mocks She and He as the trees loudly rain down their surplus fertility with every available opportunity.

It’s nothing but verbal hostility for the first two acts, but that eventually bores Trier, who kicks the horror into overdrive for the grand finale. Did someone say genital mutilation? Well, Trier brings out the freak show for his closer, with an impaling, bloody ejaculate, and a hasty clitoral circumcision to make the case for pure delirium in the forest of Eden. Once She finds pain is able crack He’s veneer of control, it’s game on for the character and the film, making the most of its unrated, unleashed status. The faint of heart need not purchase a ticket.

“Antichrist” is a difficult recommendation to make. The film seems ideal only for the Trier faithful, but the cinematography by Anthony Dod Mantle is perhaps the year’s finest example of dreamscape imagery, with mesmerizing painterly compositions that linger long after Trier has kicked over all the furniture. It’s not an accessible, responsible film by any means, but “Antichrist” retains a specific daredevil mindset that keeps moviegoing thrilling, even in the face of a sinister director who shamelessly gets off on the controversy. “Antichrist” is an original, gothic and combative; a perfect night at the movies for those who enjoy cold sweats and the inevitability of post-screening divorce proceedings. 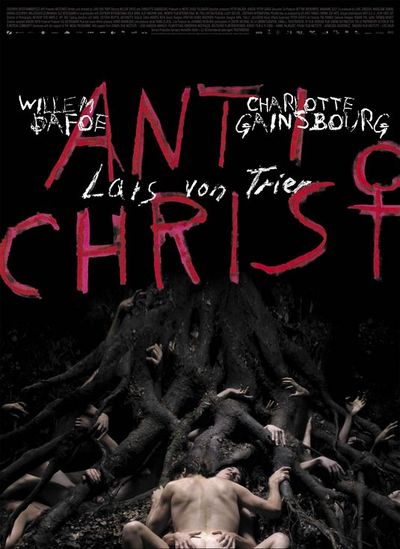 Well done. Could be the best review of this film i've read yet. I have to watch it again (someday) and couldnt really say i enjoyed it, but certainly got a kick out of how beautifully mad it was. I couldn't think of one person i know to whom id recommend it though.

that was a nice review you wrote, but i´m just wondering if you could help me with some questions, lol..
I really enjoyed the movie. The gore on this didnt bother me at all, since I watched Martyrs (french) nothing is gore enough, lol. First question... the fox eating itself and then "chaos reigns"? I don´t think it was only a daydream of him, right? what meant that crow? The deer I presumed it was the personification of HER feeling, like her son is dead but she didn´t get through it. I really liked when you wrote the woods raining fertility.
I just feel sorry about the bad comments I read around, these people should watch only SAW 1,2,3... thoughtless and straight horror...