I appreciated “Amreeka” for its heartfelt approach, which unfortunately also runs the picture into a few walls. An immigrant tale placed carefully in the long shadow of 9/11, Cherien Dabis’s debut feature has earnest energy to spare, along with a marvelous evocation of itchy Arabic behaviors marooned in a profoundly paranoid America. It’s a fine film with much on its mind, and while suffering from occasional missteps, it holds together as a terrific expression of worry and relocation, inspecting the less illuminated side of the American Dream.

With a painful divorce behind her and facing draining security changes after the 9/11 terrorist attacks, Muna Farah (Nisreen Faour) is finding her Palestinian homeland suffocating, trying to make it through the day to support her beloved teenage son, Fadi (Melkar Muallem). When an opportunity to join her extended family (including Hiam Abbass, “The Visitor”) in Illinois arrives, Muna hesitantly agrees, uprooting Fadi and taking him to America, hoping for a brighter future. Once arrived, Muna faces impossible unemployment challenges, forced to take a humiliating job at White Castle while Fadi tries unsuccessfully to fit in at school. With the news broadcasting footage of American military forces invading Iraq, it creates an air of suspicion and prejudice for Muna and her family, making the exhausted mother reconsider her decision to move.

“Amreeka” has some rough edges, there’s no doubt about that. Striving to recreate the specific ambiance of intolerance that surfaced in the states during the initial Iraq War wave, Dabis (who also scripts) aims her melodramatic cannons too close. Sequences of local teens harassing Muna and Fadi are much too ham-fisted to make a lasting impact, failing to provide a comfortable middle ground where the tension could be manipulated to more sickening results. With the exception of Mr. Novatski (Joseph Ziegler, stealing scenes), Fadi’s principal and the lone voice of warmth in Muna’s life, the Americans are pure caricatures. They struggle to break free from groan-inducing intolerance clichés, making for a few moments of unintentional discomfort.

With only a handful of moments spoiled by formula, “Amreeka” remains a pleasure throughout, showcasing surprising grit with Muna’s dilemmas and general concern. Squeezing the character through the wringers of employment, language barriers, and familial stress, Muna’s journey is an engaging odyssey of naive foreign displacement. The culture shock is marvelously performed by Faour, in this, amazingly, her film debut. She’s a secure, soothing actress, deftly working through a multiplicity of emotions as Muna faces taxing disappointments and even worse humiliations, most stemming from her battle with weight, which eventually leads her into a pill-pimping, work-from-home scheme to generate income. Faour makes “Amreeka” sing with her complex, feisty work here, helping to grease the difficult corners Dabis occasionally finds herself trapped in.

With the newborn Iraq War employed as the undercurrent of discontent and lament within the Palestinian characters, “Amreeka” hits several sharp notes of poignancy that enhance the ache of distance the screenplay is looking to solidify. Did Muna make the right decision, or did she just trade in her Middle-Eastern troubles for a different set of limitations? “Amreeka” allows the viewer a chance to feel the burn of indecision, though nicely cooled off by the splendid end sequence that spotlights the miracle of Arabic culture as a river of pride and happiness that still flows when properly channeled. America never felt so alive. 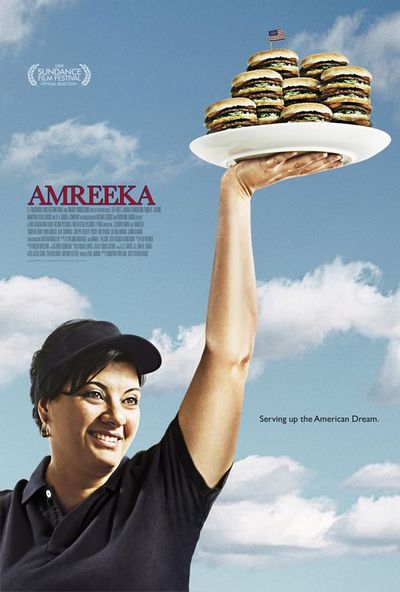