Film Review - All About Steve 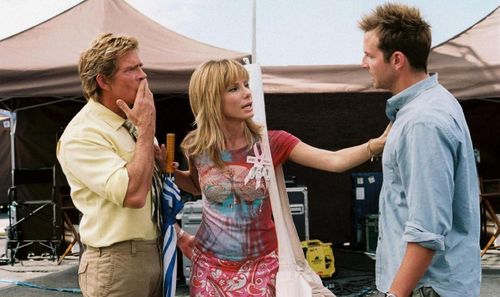 Here’s a scorching idea for the producers of the “Saw” franchise: a “Sandra Bullock Slapstick Comedy” death trap. That would surely send audiences into a full-blown panic. Too bad “All About Steve” beat the infamous horror series to the punch, erecting its own contraption of suffering with a smirking, fluttery eyed, stumbling Bullock as the main attraction. I wasn’t morally shaken by “Steve,” but it’s a mercilessly odious comedy, not to mention skating on thin ice in the taste department. There are few nightmares in the world that can rival Bullock in funny mode, but “Steve” and its liberal drizzling of witless behavior is oddly eager to match its star in the cringe department.

A “special” lady lost in her single life, Mary Horowitz (Sandra Bullock) spends her days dreaming up crossword puzzles for a local Sacramento paper, while her parents (Howard Hesseman and Beth Grant) hope for someone special to come along and sweep their daughter off her feet. Set up with Steve Gunders (Bradley Cooper), Mary swells with lust, trying to seduce the overwhelmed television cameramen minutes into their first date. Faking a job emergency, Steve takes off, but his absence only encourages Mary’s interest, trailing Steve and his news crew (including Thomas Haden Church and Ken Jeong) across the country, hopeful to reunite with her horrified lover.

A television director of dreadful sitcoms, Phil Traill endeavors to bring his vanilla vision to the big screen for “Steve,” mixing his preference for lightweight silly business with a newfound rush of genuine star power. Traill never slaps “Steve” out of first gear, pursuing a hopeless, toothless farcical tone of foolish behavior to inflate the curiously evasive screenplay by Kim Barker. Simply put, “Steve” is without a single laugh. Not a smile. Not a grin. It’s an insistent comedy machine that finds itself uproarious, unaware that the more it wails on the funny bone, the harder it misses.

The sitcom atmosphere of the film is infuriating, with Traill personally welcoming the hoariest of comedic devices and characterizations (Church plays a vain reporter, Jeong the toady producer) to keep the feature afloat for Bullock, who makes it her personal mission to carry the laughs. Traditionally, Bullock’s gifts only go as far as the writing allows, and the script here is a head-spinner, imagining the bouncy Mary as a sunny day OCD/social anxiety type, eternally clad in red vinyl boots and openly boring anyone who dares enter her personal space with trivia gathered from her day job. It’s a precarious character, processed through Bullock’s interpretation as possibly mentally challenged, though the puzzler vocation is intended to remind audiences that, in fact, Mary is quite intelligent. The film eventually settles on the label “unique” to describe the spastic woman, suppressing the natural gag reflex brought on by the whole stalking angle the film addresses but never suitably confronts. Bullock carries on undauntedly, but she’s ineffective, untangling a complex character to suit her tiresome pratfall ambitions.

By the time the finale strolls up to the plate, where Mary learns lessons of empowerment meeting a young deaf girl at the bottom of a well (no, I’m not kidding), “Steve” isn’t much about Steve anymore. Traill dips the film in syrup for the closer, committing the ultimate sin by taking Mary and her foibles seriously. Suddenly this cartoon is a human being. It’s an aggravating last slap meant to bring the picture into focus, but it mercifully torches an otherwise repellent depiction of comedic mania. 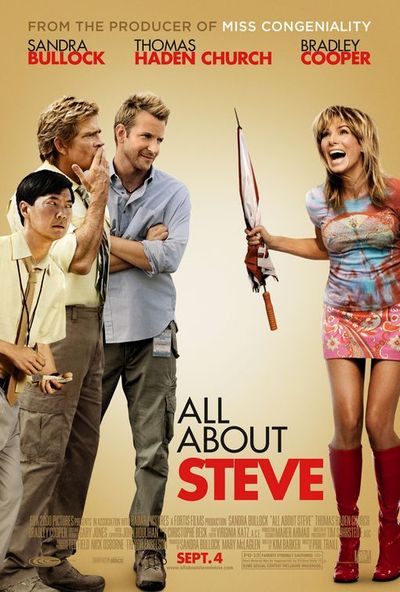 "Here’s a scorching idea for the producers of the “Saw” franchise: a “Sandra Bullock Slapstick Comedy” death trap."