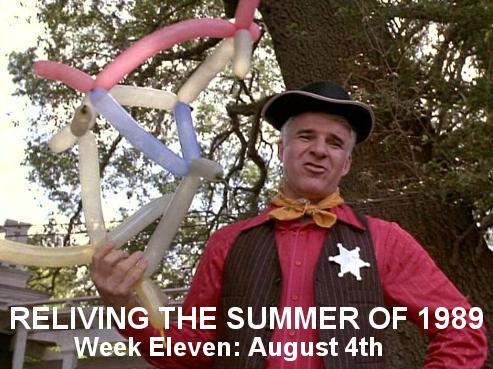 Seeing how this “Parenthood” idea works, trapped with Stallone in the “Lock Up,” and trying to remember Yahoo Serious and “Young Einstein.” 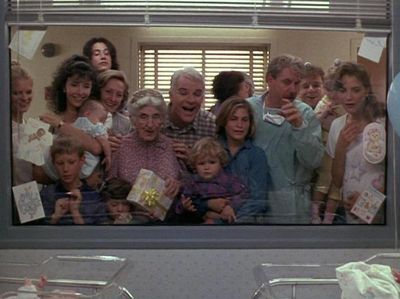 1989: I would classify “Parenthood” as one of the numerous “adult window” films of my youth. While PG-13 and peppered with a cast of famous and famously warm faces, the picture still tackled a subject I had no concept of at the time. Seeing the film wasn’t necessarily brought on by impatient fandom (though I did enjoy Ron Howard’s work at the time, and still do to this day), but more of a nagging curiosity to witness problems well beyond my pay grade.

I was delighted with “Parenthood” back in the day, fully overwhelmed by the material’s plunge into the funky foibles of family, coated with a protective layer of saccharine comedy to keep the audience from mass suicide after spending 120 minutes with these turbulent characters. With vibrator jokes, oral sex gags, adolescent nerves, porn-sneaking pre-teens, and teenage lust, there was much to entertain a young me. “Parenthood” offered that desirable peek behind the marital curtain to an unchallenged kid, increasingly nervous about the jump to teendom, with the bear trap of adulthood right behind. And the picture was genuinely funny, with Martin sneaking in his crackerjack wit at unexpected points during the film, and Dianne Wiest stealing scenes as the knowing, harried mother trying desperately to stitch together a broken home. 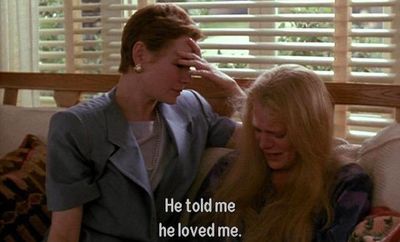 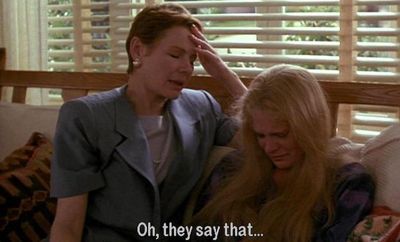 I could relate to a few aspects of the story, and thankfully underage sex with Martha Plimpton wasn’t one of them. “Parenthood” was a charmer: part horror film, part family unit valentine. It made a big impression on me at the time, back when the future seemed so limitless.

2009: Watching “Parenthood” with the crushing realities of maturity pressing down on my shoulders was an interesting experience. The film holds up wonderfully, keeping its late-80’s sense of innocence while retaining a surprisingly relevant attitude about the joy/burden of family. Howard endures a lot of criticism for his vanilla filmmaking skills, but “Parenthood” maintains quite a fascinating dark side, dealing directly with unsettling psychological issues of abandonment and failure, and including a subplot that has Tom Hulce playing a deadbeat gambler with a loan shark death sentence. 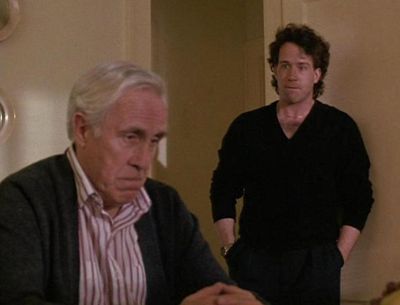 Ok, so the Hulce story is one absurd step too far for Howard to successfully manage, and the film would’ve been better off sticking to a smooth sense of realism instead of pouring preposterous drama into the mix. “Parenthood” has its faults, but not many. Howard juggles all the characters effortlessly, showcasing troubles left and right without losing the film to gloom. It’s nimble work, blessed with a cast that knows exactly what they’re reaching for in their performances.

Oddly enough, this year was going to mark the return of “Parenthood” to the national conversation through a new NBC television series. Delayed out of respect to actress Maura Tierney’s medical situation (a great actress, and I’m not alone in wishing her a speedy recovery), the show has been moved to a mid-season replacement. It’s actually the second go-around for a “Parenthood” TV program (the 1990 version starred Ed Begley Jr. in the Martin role and featured Leonardo DiCaprio in the supporting cast), again showcasing surprising hunger for the film and its universal language of comedic parental strife. 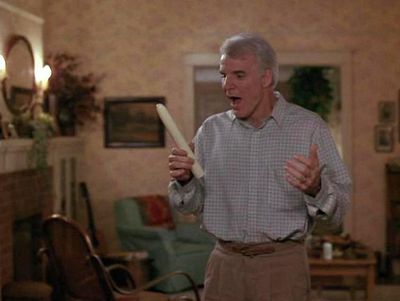 Nutshell: Frank Leone (Sylvester Stallone) is a convict serving his last six months in prison. Taken from his cushy cell in the middle of the night to the nightmarish Gateway penitentiary, Leone is confronted by his old nemesis, Warden Drumgoole (Donald Sutherland, and yes that’s the character’s name), who promises Leone a hellish experience to make up for past offenses. 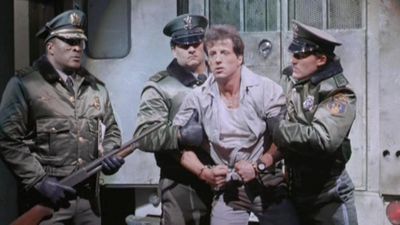 That was the familiar threat from the “Lock Up” teaser trailer, which, if memory serves me correct, was attached to every single motion picture release of 1989. There’s still trailer repetition happening across the globe as I write this, but during my multiplex salad days, it was a given that some chosen commercial would be slapped on to everything imaginable, cruelly whipping lines of dialogue and musical beats across my brain with its promotional cat o’ nine tails. “Lock Up” stood as that film for an eternity. It was eventually replaced in suburban Minnesota trailer infamy by the 1994 Meg Ryan boozehound saga, “When a Man Loves a Woman.” 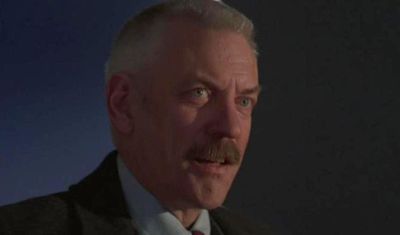 Oddly enough, I never saw “Lock Up” during its theatrical release, which is fairly amazing considering how much I was aware of the picture. It was a College of VHS alumnus, but viewed before my true appreciation/fear of Stallone kicked in. I absorbed it as a fascinating passport to life behind bars, much like I did later that year with the Tom Selleck prison drama, “An Innocent Man.” Cartoonish stuff, sure, but a vivid peek at a violent culture I was obviously looking to avoid. 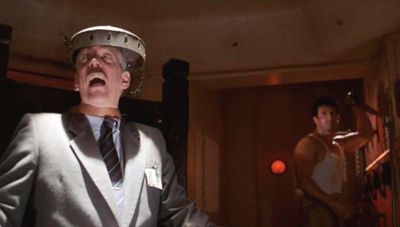 2009: Though nominated for a few Razzies during a brutal transitional year for Stallone and his unsteady career, “Lock Up” isn’t a loathsome film. It’s fine B-list escapism, made during a slightly more innocent time when a general atmosphere of illogic could be encouraged by Hollywood without 1000 message board maroons ready to pounce on every last detail.

A glorified television movie, “Lock Up” has the benefit of Stallone, who brings his usual streetwise charisma to the role of Frank Leone. It’s a solid, cushy performance from the superstar, made even more entertaining when the film becomes a game to count how many times Stallone refused the natural physical progression of Leone’s violent stint at Gateway. My favorite comes after the character endures six weeks of psychological torment in the grimy, suffocating “Hole,” only emerge looking like he overslept at the Four Seasons. Thanks for the effort, Sly. 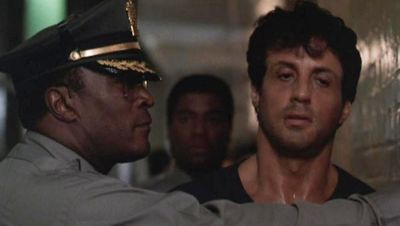 “Lock Up” is a fairly standard prison picture, with shiv-happy antics, a prison block bully, betrayals, ghoulish guards, and a sympathetic dumb guy. Director John Flynn keeps it all in check and creates a believable prison community, but the screenplay insists on cliché and idiocy to get by, looking to swell Drumgoole’s master plan past prison walls, heading for Leone’s insistent girlfriend. At nearly two hours, “Lock Up” overstays its welcome, especially during an endless last-act prison break sequence. While it provides Sutherland with something to do (his role is basically a cameo), the action dissolves into silliness, ruining whatever promise was made for a gritty thriller in the opening act.

“Lock Up” isn’t quite the eye-opening ball-shriveler it was decades back, but it’s serviceable, possibly entertaining for those in a mood for Stallone and his carefully-contractually-negotiated torment, along with some needed racial sensitivity. 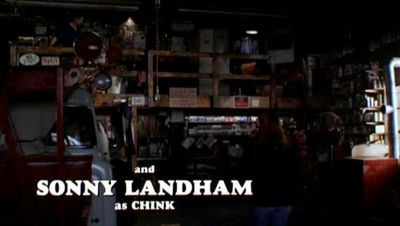 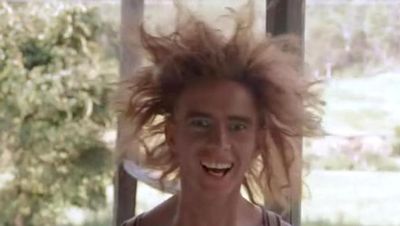 1989: Yahoo Serious was this alien with wild hair and strange comic timing who rode a bullet of buzz straight to America, looking to take his smash Australian comedy “Young Einstein” to a land that wanted nothing to do with him. Warner Brothers did their best to shove Serious down everyone’s throat (even scoring him the cover of Time), but it was an impossible sell. Not only was “Young Einstein” an abrasive slapstick adventure with an irreverent storytelling approach the studio couldn’t sell adequately, but Serious was immediatley ignored by the public without a second thought, in perhaps a collective act of preference for Paul Hogan.

“Einstein” is a film I simply cannot recall at all, leaving me to wonder if I actually ever saw it. Strange. It seems like a film just viral enough to never leave the cinephile system, and while the build-up to release is something I do remember, the final act of exhibition has been lost to the sands of time. 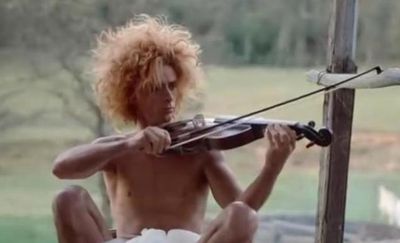 2009: This cleared over 100 million dollars in worldwide box office? This thing? Personally, I blame “The Gods Must Be Crazy” for encouraging this wacky imported crap.

While Serious’s affection for goofball comedy is instantly endearing, “Young Einstein” can’t help but be viewed as a fluke; an Aussie trifle that hit the public consciousness at just the right moment, falling ass-backwards into a success I’m not convinced it earned. It’s silliness at breakneck speed, a cartoon that playfully poots on history, led into battle by this wiry, dead-eyed comedian. I’ll give the film this: it’s original. It’s also obnoxious and beats the same joke over and over, augmenting the “fun” with Hanna-Barbera sound effects and trumpet wa-wa-waaaah stings. Serious loves his camp, but “Young Einstein” is a five-minute idea stretched bloodily over 90 minutes of dead air. Boy, if there was a chance to relive a specific moment in time, I would love to head back to 1989 and stand outside of the theaters that played this film to catch reactions. Better yet, I’d treasure a shot to hear the Warner Brothers acquisitions meeting on this title, just to prove my assumption that “Young Einstein” reached American shores through a series of boardroom dares. 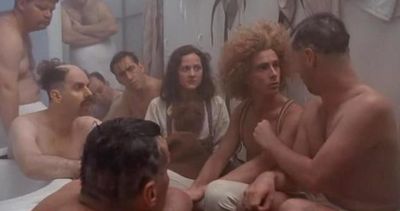 Brian offers one from the heart.

And Freddy Krueger has babyfever.