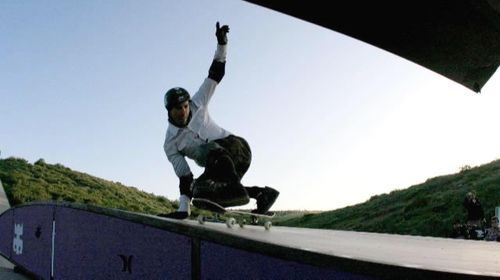 Before “X Games 3D: The Movie,” I knew next to nothing about the event that brings together the stars of “action sports” to rumble in front of thousands of advertisements…I mean fans. If it’s possible, I know even less about the X Games after watching this documentary. A deadly paced, sloppy parade of egos and stunts, “Movie” plays directly to the fanbase, who will be the only ones able to hurdle the slapdash nature of the direction and savor the airborne money shots.

Supposedly a documentary covering the 2008 X Games in Los Angeles, “Movie” doesn’t convey a significant informational purpose. Instead, the film is a grab bag of action sport heroes and their addictions to both adrenaline and the spotlight, intercut with 3-D footage from the event. It’s a pedestrian merging of personality and derring-do, hopeful to pad the fact that there’s not much here to fill a 90 minute running time. Director Steve Lawrence doesn’t reveal much vision for the film, sticking closely to documentary basics to simply squeeze by. Perhaps it’s excessive to knock a single-minded sports documentary for a lack of substance, but even with all the flips, flops, and fumbles, I couldn’t believe how disinterested I was with the material. Outside of the random use of an extra dimension, there’s nothing in this picture that stands it proudly apart from basic cable coverage.

Kyle Loza (Freestyle Motocross), Ricky Carmichael (Moto X Step Up), Danny Way (Skateboard Big Air), Bob Burnquist (Skateboard Big Air), Shaun White (Skateboard Vert), and Travis Pastrana (Rally Car Racing) are the gentlemen granted screentime to share their hopes and fears. In the case of White, a good deal of hubris as well. These are not camera-ready guys, and Lawrence wisely downplays the interview segments to keep the focus on their sporting skills. There’s plenty of at-home training montages and footage of previous triumphs (Way jumping the Great Wall of China is a highlight) and fractures, but it offers only eye candy, not insight, leaving a gaping hole in the texture of the storytelling. This is where the 3-D comes in.

Looking to save the day, the 3-D beautification of the X Games is certainly compelling, downright invaluable during a last-act battle of the dudes during the Skateboard Big Air competition, where the participants travel down an arena-ceiling-high “MegaRamp.” While respectfully composed by Lawrence, the 3-D is never permitted close access, mostly keeping television distance from the combatants. In a film that’s already cold to the touch, it feels like a missed opportunity to pass on wild 3-D tricks and POVs. Instead, the material is portioned out in a traditional manner, rendering the X Games and their 3-D debut a forgettable novelty instead of a hell raising visual event. 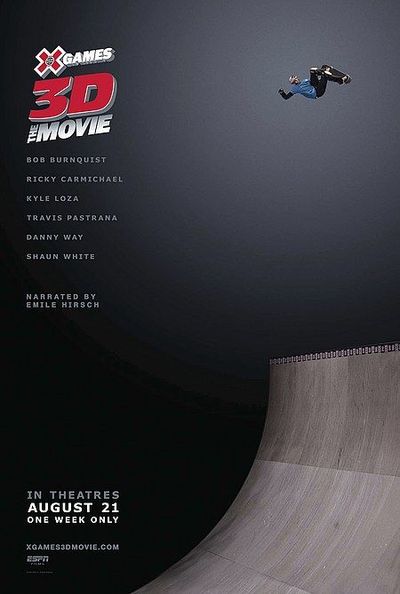