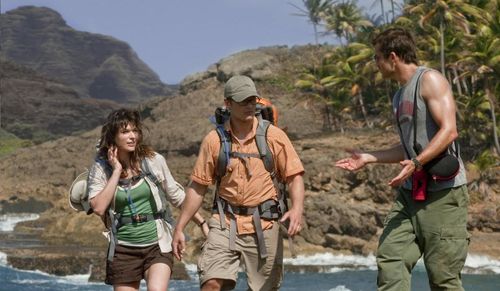 Writer/director David Twohy has a lot of tricks up his sleeve with the thriller “A Perfect Getaway,” but his ambition is far more compelling than his execution. A cringingly self-aware, painfully verbose, and somewhat smug motion picture, “Getaway” is itching to keep audiences guessing, but it’s far more successful at putting viewers to sleep.

Off on a honeymoon in Hawaii, screenwriter Cliff (Steve Zahn) and babyfevered Cydney (Milla Jovovich) are looking for adventure, seeking out a special trail to a secret beach for excitement. Hitting the mountainside, the couple runs into outdoorsy superman Nick (Timothy Olyphant) and his girlfriend Gina (Kiele Sanchez). Striking up a tentative friendship, Nick wins over the gang with his wild stories of near-death experiences and military history. Learning of the presence of a killer on the island, Cliff’s paranoia kicks into overdrive, leading him to suspect Nick and Gina of wrongdoing; but another couple (Marley Shelton and Chris Hemsworth) nearby fits the profile, leaving Cliff and Cydney eager to leave the beach before they become the next two victims.

“Getaway” resembles a quickie writing sample meant to capture studio interest with its incredible attention to structure, character, and surprises. Perhaps this is Twohy scaling back his career after hitting a ground rule double with “The Chronicles of Riddick” five years ago, anxious to return to the comfort of a lower budget and reduced expectation to allow some breathing room for invention. To the filmmaker’s credit, “Getaway” is always thinking, constantly scoping out angles to fiddle with to hold the viewer in a state of confusion. What sours the milk is Twohy’s apparent cleverness, which he unleashes with “Getaway,” permitting his own interests to seal off the thrills and chills. Murder has never been so tiresome to observe.

By making Cliff a screenwriter and Nick his in-the-know muse, Twohy sets up a scheme of misdirection, symbolism, and foreshadowing, having the characters complain about Hollywood cliché while Twohy twists the knobs and pulls the levers, submerging the picture in red herrings (Nick calls them “red snappers”) and suspicion. It’s an irritating post-modern way to conduct business, but Twohy seems proud of his architecture, providing a languid pace of monologuing to keep the suspense at a simmer. Unfortunately, the stalling kills any and all momentum, turning would-be cutthroat danger into a tedious war of words, flung from fantastical stories of accomplishment. It’s Twohy’s stab at thick characterization to fan off the scent of accusation, and it turns this thriller into a chore to watch.

Even if one buys into the molasses organization of “Getaway” and the campy performances from all the actors, there’s still a major bit of business reserved for the last act that’s unsettling in its obviousness. Students of thriller cinema will be way ahead of the director by the time the payoff strolls around, and something tells me Twohy welcomes this. Suddenly “Getaway” goes from Hawaiian serenity (gorgeous locales used here) to film-student hysteria, with metaphorical usage of split-screen, graphic violence, and hacky editing bursts to shake the film out of its coma. “Getaway” takes an inordinate amount of time to explain its central twist, and I remain unconvinced anyone will care. Twohy’s so enamored with his constipated, methodical approach, he orphans the necessary shock value of the film, robbing his movie of its essential intensity. 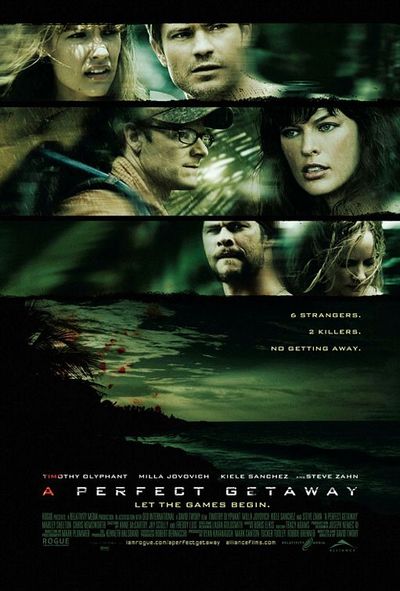