James Cameron’s big-budget, big-buzzed, big-balled blockbuster declared August 21st “Avatar Day,” offering those clever (and patient) enough a chance to score free tickets to scrutinize 15 minutes worth of footage from the film, due in cinemas December 18th. This special day arrived hot on the heels of the feature’s trailer release on Wednesday, which dropped a time bomb of cynicism upon the online void, allowing geeks everywhere an opening to throw their toxic two-cents into the mix. 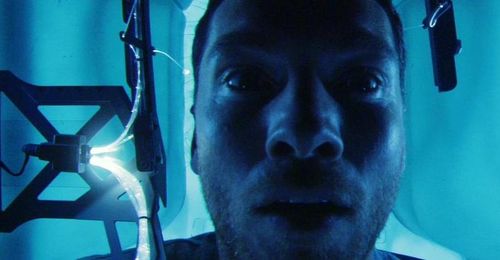 The overwhelming reaction? Boo! Cameron was hit squarely in the groin. It was a knuckle-cracking spray of venom perhaps brought on the filmmaker’s well-established arrogance (this just in: water is wet, sky is blue), where he promised to reveal obscene leaps in mo-cap and 3-D technology. Of course, teaser trailers are only there to pitch the initial peek. The great unwashed film fans out there took the two-minute first glimpse as a declaration of war -- no way was James Cameron going to get away with a vividly told tale of otherworldly visitation. He had his “Titanic,” and now it was time to pay the piper.

The effects look like a video game cinematic! The story rips off “FernGully” (people should really rewatch “FernGully” before busting out this complaint) and resembles the design of “Delgo!” The title font is Papyrus! It stars dreadful actors like Joel David Moore and Michelle Rodriguez!

Ok, so that last complaint was from me.

Pulling the footage apart with a knife and fork, the geek devoured the teaser with a viciousness typically reserved for DVD double dips or Blu-ray DNR issues. Me? I dug the groaning, pulsating trailer. But the extended battery of footage revealed today elevates the movie to a whole new level of awe.

While the imitation-IMAX theater was only halfway filled with anxious fans (the weather and the screening’s rush-hour start time didn’t help the turnout), the mood was more positive than I was expecting for this brief burst of “Avatar.” After an awkward introduction from James Cameron (who swore there would be no spoilers), the 3-D images began. While I won’t “review” the scenes selected by Cameron to represent the larger “Avatar” landscape, I will pass along the obvious reaction to such a formidable sight: wow. Or perhaps, ga-ga-gooey! The story’s a bit unclear at this point (something about a paralyzed marine assuming an alien body, sent off to planet Pandora to infiltrate a race of oversized blue aliens called the Na’vi), but it appears to me that Cameron’s imagination hasn’t lost a beat in the 12 years since his last dramatic endeavor.

Loosely, the scenes included the introduction of Jake Sully (Sam Worthington), his “avataring” process (with Sigourney Weaver), some chase moments with the animal life on Pandora, the introduction of Na’vi heroine Neytiri (Zoe Saldana), and Sully’s Na’vi hazing process, involving the taming of massive pterodactyl-like creature. The gush of footage was disorientating and woefully out of context, but sniffing out a narrative wasn’t the idea here. This was a chance to spy Cameron’s cards, allowed an extended peek at a film that’s taking a few chances, looking to raise the rusted bar in the world of special effects.

James Cameron has done it. The footage was awe-inspiring, goosebumpy stuff. There’s just incredible life emerging from the fluid Na’vi creations, moving miles ahead of “Lord of the Rings” and the Zemeckis oeuvre in terms of CG realism and facial contortion. These sinewy blue beings felt real within highly unreal, bioluminescent environments (the film comes off as a blend of “Aliens” and “Abyss”), capturing an epic scope that should make for a thunderous, swirling motion picture, not to mention a dizzying leap forward for the sci-fi genre.

At least this is what I hope. It’s impossible to tell overall quality of “Avatar” from a mere 15 minutes of fragmented footage, but it’s safe to say James Cameron is off to a raging start. This puppy looks to be in fine shape to commence exhilarating worldwide dominance this holiday season.

I wanted to go very badly but could not get through to get the tickets, despite concerted effort to do so.

Happy to hear I have a lot to look forward to in December though.