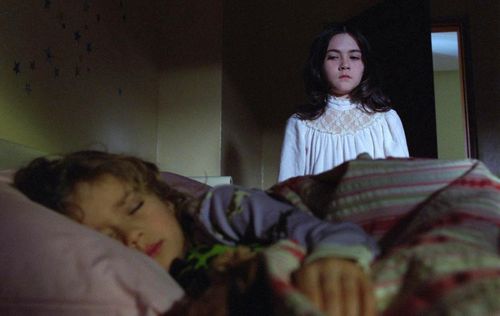 “Orphan” is a seriously tasteless motion picture, but it’s equally as spineless. A suspense piece with numerous acts of violence and torment involving children, “Orphan” endeavors to unnerve the audience by hitting below the belt, taking on the taboo concept of kids in peril to come across as provocative and unsettling. Instead, the film mostly bores with its repetition; the little originality it clings to dearly is neutered and slowly drained of shock value by the film’s end.

Seeking to fill their life with a new child after the stillborn death of their last baby, couple Kate (Vera Farmiga) and John (Peter Sarsgaard) are looking to adopt this time around, adding to their brood, which already includes Daniel (Jimmy Bennett) and young deaf girl, Max (Aryana Engineer). The couple soon comes upon Esther (Isabella Fuhrman), a gifted nine-year-old Russian girl who’s keen to have Kate and John as her parents. Enjoying the initial period of adjustment, Kate soon starts to perceive something evil within Esther, trying to articulate her fears to her doubting husband. When accidents start to occur around Esther and people go missing, Kate is sure her daughter is behind the confusion. Trouble is, there’s no one left to believe her as Esther goes about her business charming everyone with her unusually perceptive charisma.

I could see “Orphan” bothering a lot of potential viewers. While a one-dimensional Hollywood horror film peppered with screenwriting stupidity, the film does highlight an inordinate amount of bloodshed and threatening poses featuring the young co-stars of the film. Director Jaume Collet-Serra relishes the heightened circumstances, using Esther’s wicked ways to yank gasps out of the audience, toying with the innocence of youth, juxtaposed against the pigtailed antagonist’s body count. “Orphan” consists primarily of poor taste, but all would be forgiven had Collet-Serra actually strived to follow Esther’s wrath to its natural conclusion. Instead “Orphan” cheats with a clumsy last-act spoiler twist, intended to shotgun some jaw-dropping surprise into the picture, but also to cover its own behind from accusations of unforgivable exploitation.

“Orphan” is B-grade horror entertainment, and Collet-Serra follows the map submissively. After his first-rate work unearthing fresh nightmares in the 2005 “House of Wax” remake, I was disappointed to see the director sleepwalk here. “Orphan” hits every cliché around, with numerous empty calorie boo scares and a liberal dosage of idiocy passed around to all the characters. The suspense electricity of the film is designed to come from Esther’s cool menace: the angelic, neatly trimmed dream daughter who also has working knowledge of handguns, murder weapon disposal, and possesses the ability to break her own arm at will. She’s the pale nightmare Collet-Serra trusts will go a long way to creeping out the room.

Nicely ornamented with porcelain purity by Fuhrman, the character is nevertheless a figure of high camp, and while the production knows it’s pushing easy genre response buttons, there’s little inspiration beyond the sheer goofy to hold the film together. It’s the “Bad Seed” and Damien all over again (not to mention a retread of 2007’s “Joshua,” which also starred Farmiga), only here there’s a distinct pleasure in staging graphic violence around kids. A slimy sexual element with Esther is introduced as well that might’ve made for pristine horror fodder had the script maintained some gumption and cheerfully waltzed into a wonderland of sleaze. Instead, it pulls every last punch.

We have Vera Farmiga doing her umpteenth take on wild-eyed big screen panic (she’s supremely gifted, but wasted here as the mother-in-the-way), Sarsgaard woefully miscast as a suburban dad (even he refuses to believe the performance), and a screenplay that can’t stop recycling moves from other, better horror pictures (bloating the running time past two hours). “Orphan” had a distinct shot at infamy, but the feature lost its nerve on the way to capture ideal disease. Instead, the resolution kicks the legs out from under the entertainment value, leaving Esther a horrific demon without much of a lasting bite. 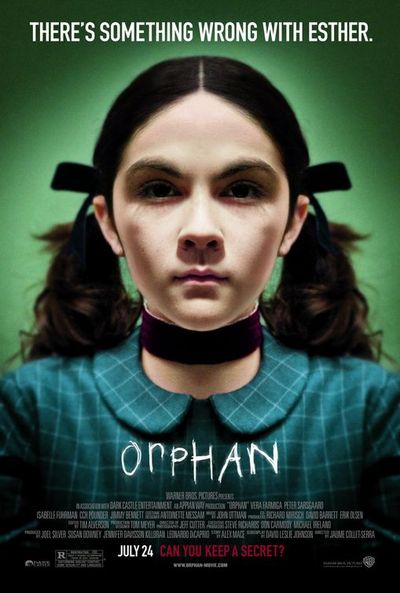