With all the grief Hollywood receives (however justified) for reimagining their horror classics, it appears those bad habits are spreading across the globe. The clumsily titled “Nature’s Grave” (wow) is a remake of the 1978 Australian shocker “Long Weekend,” brought back to the screen through Aussie funding and local director Jamie Blanks. It goes without saying that an update here is completely unnecessary, but Blanks, while curiously slavish to the original picture, insists on recapturing B-movie lightning in a bottle, minus the powerhouse thespian effort and directorial stillness that marked filmmaker Colin Eggleston’s initial take on this bruising material.

A married couple barely able to hide their contempt for each other, Peter (James Caviezel) and Carla (Claudia Karvan) embark on a camping vacation over a holiday weekend to make use of the expensive gear Peter purchased, much to his wife’s disgust. Heading off into the wilds of Australia, the couple bickers and stews in the hostile mood. While finding the campsite tricky to find, the pair finally arrive and hope to make the most out of the situation through ocean play, sunbathing, and outdoor cooking. Stomping around nature, Peter and Carla’s tactless ways raise the ire of the local wildlife, which torture the duo with strange occurrences and vicious attacks. Eager to bolt once the reality of violence sets in, the couple furiously tries to abandon the campsite, but nature has other plans for hapless pair.

I received some heat from readers last year when I spent most of my allotted word count reviewing the horror film “Quarantine” by comparing the unappetizing results to the powerhouse, little-seen film that inspired it, the Spanish production “Rec.” Well, a similar critical position has materialized with “Nature’s Grave.” I’m sure those coming to the film cold could respond to the picture with an open mind, watching the revenge of the wilderness routine with some degree of unsullied, befuddled terror. I won’t fool myself into thinking many have already enjoyed Eggleston’s feature, but here’s the bottom line: you must. There should be a ridiculous law that forces potential renters of “Nature’s Grave” to be sent “Long Weekend” instead, because once you’ve watched the original slow-burn its way into a suffocating frenzy, the misguided remake from Jamie Blanks just looks all the more insipid.

Eggleston’s take on Everett De Roche’s bitter screenplay (in a rare event, he also scripts the remake) was one of merciless tension, bred through extensive pause. “Long Weekend” is an almost absurdly measured film, but the goal was to slip inside the mind of the warring married couple (played splendidly by John Hargreaves and Briony Behets) as they sniped at each other, riding the ups and downs of fractured marital communication and guilt. Eggleston wanted the rage positioned just right before unleashing the wrath of the great outdoors, giving audiences a significant emotional connection to the characters to help magnify the bloodcurdling suspense. The fires of halfhearted devotion between the couple were realistically depicted, not just synthetically sharpened to jerk a response out of the viewer.  The “Long Weekend” pot boiled slowly, agonizingly at times, but the tension was beautifully prepared.

“Nature’s Grave” is nearly a word-for-word remake of “Long Weekend,” composed with obvious affection from Blanks that often fogs his vision. The director treads carefully around the material, preserving motivations and recreating specific shots from the 1978 film in the name of homage (even a small town bar is named after Eggleston). It’s a careful production that’s respectful, just not as delicate with the articulation of rural despair as needed. Blanks accelerates the narrative bullet points for Peter and Carla to build pace, but he’s also sanded down the subtleties of their interaction, while leaving much of the hopeless expression in the hands of Caviezel, wildly miscast here as the uber-prick, potty mouthed husband who doesn’t give a damn about his wife or respecting the delicate natural balance of the area. It’s bad enough Blanks decided to go with a non-Australian performer in the role of Peter, but Caviezel can’t handle the heavy psychological workload, and his overacting is difficult to watch.

“Nature’s Grave” blocks any authentic investment in these lives by jumping headfirst into melodrama, while the original film held a deliciously puzzling stark quality that often made it difficult to choose which event was worse, an animal attack or marriage. Blanks, a troublesome filmmaker who previously gave the world “Urban Legend” and “Valentine,” doesn’t have the patience to keep “Nature’s Grave” still and effective. The more the film spills over into affected hysteria, the less impact the overall feature retains.

Blanks drives the whole enterprise in the wrong direction, and the expected acts of domestic disturbance and animal cruelty are criminally miniaturized by the misbegotten performances and glossy direction. I’m aware that most viewers haven’t even heard of “Long Weekend,” but I urge those curious about the plot seek out the 1978 film. Not only does it contain the superior vision of pastoral justice, but it might actually work in a few scares while it cautiously develops this crooked take on marital counseling. Colin Eggleston created a nightmare. Jamie Blanks just encourages a mid-movie nap. 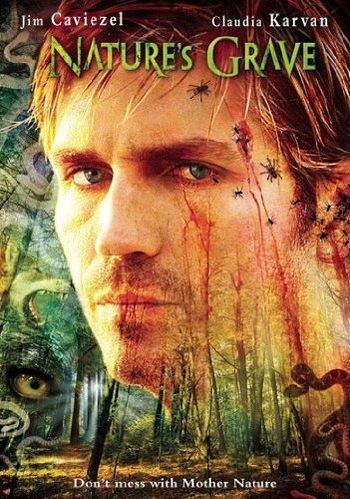