Full disclosure: I think Chris Columbus is a wonderful mainstream filmmaker. Perhaps not the most dignified director in the business, but his blockbuster instincts are sharp and his résumé contains some of Hollywood’s most beloved features. Granted, Columbus took a hit with the underrated Broadway adaptation “Rent” four years ago, but who could’ve expected that risky change of pace would lead him to “I Love You, Beth Cooper,” by far the most repellent film Columbus has ever been associated with, not to mention a shoo-in for multiple 2009 worst-of lists. Perhaps Columbus was involved in a hideous car accident recently that left him partially brain damaged, or maybe tragic senility is creeping up on the 51-year-old filmmaker. I simply refuse to believe Columbus willingly created something as monstrously unfunny and schizophrenic as “Cooper.”

At his graduation ceremony, Denis Cooverman (Paul Rust, 28 years old and looking every minute of it) is looking to make a splash and make up for all the mediocrity of his life. During his valedictorian speech, Denis proclaims his adoration for cheerleader/universal object of high school lust, Beth Cooper (Hayden Panettiere). Fearing total embarrassment, Denis instead finds Beth intrigued by his geeky ways, agreeing to show up at his graduation party. Instead of small talk and drinks, Beth arrives at Denis’s house with her two friends (Lauren London and Lauren Storm) and a hunger for troublemaking, taking Denis and best pal Rich (Jack Carpenter) on an all-night binge of parties, mischief, and soulful confession. While delighted with the attention, Denis and Rich also have to contend with angry boyfriends, public humiliations, and their own virginal mentality along the way.

Adapted by screenwriter Larry Doyle from his own novel, “I Love You, Beth Cooper” feels like a bad dream from the opening credits. I’ve seen my share of ghastly comedies in my lifetime, but it’s positively bizarre to watch “Cooper” immediately bomb, especially under Columbus’s watch. The tone here is one of farce, following awkward nerd Denis as he’s confronted with his long-gestating dream of snuggling up to his diminutive blonde oasis. However, Columbus isn’t creating a strict comedy here, but a coming-of-age tale that somehow hopes to broadly blast laughs around while building an aura of emotional investment with these characters. Columbus must be insane to expect any sympathetic response to this garbage, and Doyle should be physically restrained from his keyboard if this is the sort of adaptation quality he can muster. 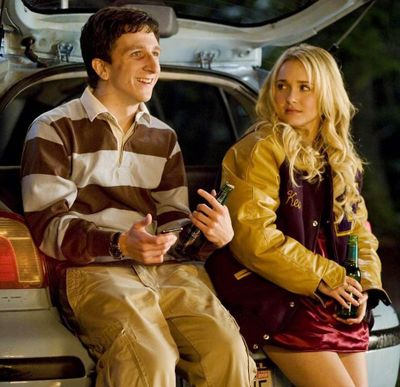 The problems add up quickly here: Rust (looking and sounding like the love child of Pee-Wee Herman and Eddie Deezen) plays the love stuck teen role with an crushing shrillness, as though he’s trying to channel the spirits of silent cinema but failing with every last furrowed eyebrow and eye bulge; the Rich character is imagined as a loudmouth film buff (who quotes directors and release years -- ick) with sitcom-level homophobia issues threaded throughout the picture; “Cooper” is intended to be a live wire, featherweight teen comedy, yet grounds itself with uncomfortable cocaine and sex jokes that seem more suited to an R-rated romp than the PG-13 buffet offered here; the feature relies on “Family Guy” style cutaways to depict previous character humiliations; and the picture sends Denis through the “Home Alone” slapstick spanking machine where he’s hit by speeding cars, flung off roofs, and pounded by bullies.

The animated nature of “Cooper” wouldn’t register quite so harshly had the material settled on a laughs-only policy. Columbus and Doyle aren’t brave enough for that, instead demanding the audience care for these clowns and their formulaic problems. Only a demented filmmaker could follow-up a broad raccoon rampage scene centered on Beth and Denis with a sobering discussion of Beth’s deceased brother, but that’s indicative of Columbus’s wheezing desire to stage aggressively unfunny comedic chaos and retain a useless ambiance of post-adolescent reality. The filmmakers look to humanize Beth to provide dramatic shape for the feature (cue orchestral swells and empathetic acoustical strumming), but the effort is hilariously transparent and ineffective, coming across as sheer stupidity by the end of the film, where Beth tearfully shares her fears for life after high school. Keep in mind this is the same picture that has Rich stepping ankle deep in a cow pie, Denis threatening a bully with a plastic lightsaber, and actor Samm Levine breaking the fourth wall during his cameo as a hard-ass convenience store employee. What’s this about Beth’s broken heart again? 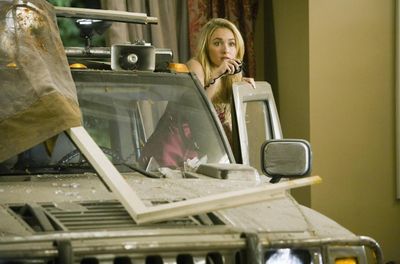 Perhaps “I Love You, Beth Cooper” was better off as a book, where Doyle was permitted to craft his farcical intent with some room to breathe. Columbus doesn’t make the necessary effort to capture whatever it was that pushed the novel to the big screen, instead mangling both the laughs and heart in a depressingly uncharacteristic fashion. I will never be able to hate the man who gave the world “Gremlins,” “Adventures in Babysitting,” and “The Goonies,” but “I Love You, Beth Cooper” is a great reason to start trying. 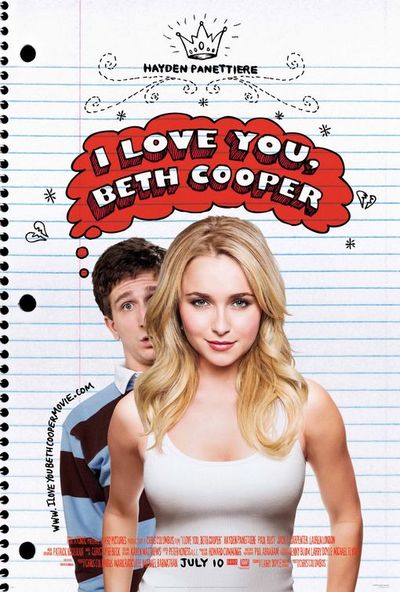