Film Review - Aliens in the Attic 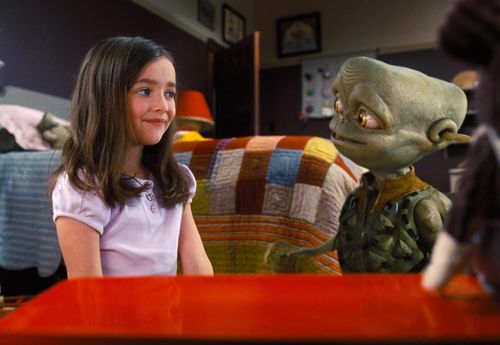 “Aliens in the Attic” is a DVD babysitting tool that was somehow granted a theatrical release. It’s not all that loathsome, just remarkably unremarkable; a lively war of the worlds diversion with plenty of spunky special effects, gratuitous slapstick, and Ashley Tisdale parading around in a bikini for all the dads out there. It’s something bright and flashy to rest eyes upon for 85 minutes, but I can’t imagine anyone emerging from a showing of this thing proclaiming it to be a summer 2009 highlight.

Reluctant to join a weekend vacation with his family, Tom Pearson (Carter Jenkins) is stuck with concerned parents (including Kevin Nealon), a bratty older sister (Ashley Tisdale) and her conniving boyfriend Ricky (Robert Hoffman), a weary grandmother (Doris Roberts), and members of his extended family (including Andy Richter and Austin Robert Butler). There’s also another problem: aliens have crashed into the attic and they’re looking to take over the human race. While the parents don’t seem to notice anything wrong, Tom and the other kids team up to defend their home from the tiny green menace, while one alien, Sparks (voiced by Josh Peck), befriends the gang, hoping to convince his fellow creatures that peace is an option.

“Aliens in the Attic” feels like an invasion comedy left over from Spielberg’s multiplex reign of the 1980s. It’s a plastic, hollow creation that shuns any sort of dramatic vigor, preferring to offer up some frantic antics to please children. There’s nothing wrong with playing directly to the target audience, but filmmaker John Schultz (“The Honeymooners,” “Like Mike”) doesn’t pass along a needed sense of merriment in his direction, only paycheck obligation. His dead-eyed work is felt throughout the film, straining to make the cutesy screenplay by Mark Burton and Adam F. Goldberg come alive with a few lobs of wit and some parents-only humor (a rotary phone gag will surely elicit laughs).

“Aliens” is primarily here to make noise and stay frenzied enough to keep little minds invested. Schultz stages big waves of slapstick, most framed around the idea that the aliens can manipulate Ricky with an intergalactic gaming controller, which promptly falls into pre-teen human hands. “Aliens” gets a lot of mileage out of the gag, and bless his heart, Hoffman commits entirely to the torture, slamming his body around like the runaway RC car his character has become. The video game textures pop up frequently throughout the film, including a mid-movie “Street Fighter” battle between Granny Pearson and Ricky, and a brief bit of business that has a Nintendo DS able to detect the aliens’ language.

Schultz doesn’t push matters too strenuously, preferring to stay in a safe zone with established dollops of physical comedy and CG-enhanced shenanigans. There are scenes here and there that struck me as adequately inspired, but the rest of the film is routine, flavorless pap. Not offensive pap, but the kind of pap that the average family would be better off waiting for a DVD release before viewing. 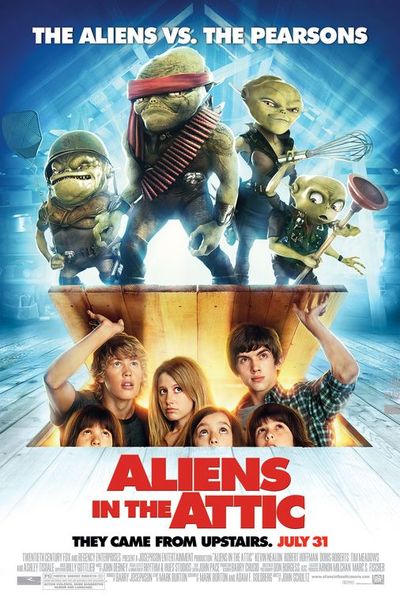