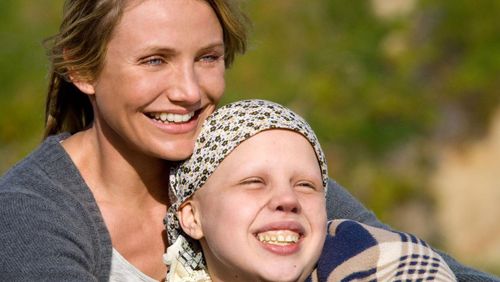 Born for a sole purpose of providing her cancer-stricken teen sister Kate (Sofia Vassilieva) with organs and blood transfusions, 11-year-old Anna (Abigail Breslin) has grown weary of her lifelong duty. Purchasing the services of lawyer Campbell Alexander (Alec Baldwin), Anna decides to sue her parents, Sara (Cameron Diaz) and Brian (Jason Fitzpatrick), for medical emancipation. Turning her household upside down with her legal demands, Anna observes her family, including loner brother Jesse (Evan Ellingson), break down, watching Kate slip away as her condition worsens. Heading to trial, Sara is frantic to understand her youngest daughter’s decision, while Anna fights to keep her opinions heard through Alexander’s courtroom gifts.

Based on the 2004 novel by Jodi Picoult, “Keeper” (scripted by Cassavetes and Jeremy Leven) suffers from a suffocating case of the adaption blues. Imagined as a sprawling tale of personal suffering, the picture instead aims to be a low-wattage tear-jerker, deploying tried and true sequences of cancerous suffering to develop a sympathetic bond with the audience, coated with melodrama for the proper amount of synthetic emotional penetration. The intentions of the film are on the obvious side, but I hold no animosity toward an enthusiastic crowd pleaser. My distaste for “Keeper” lies within the cluttered screenplay.

While chiefly the story of Anna battling to preserve her body while she watches her angelic sister waste away, Cassavetes is careful to maintain Picoult’s extensive narrative, juggling a host of trials and tribulations that steal needed focus away from the court case and its fascinating discussion of parental ethics. The asides are handled suitably by the director, who shifts perspective and narration duties repeatedly to achieve a three-dimensional perspective of Kate’s ordeal. However, every character seems to hold their own goopy wad of tragedy in their back pocket, which reads as much too artificial, especially juxtaposed with Cassavetes’s efforts to construct some areas of familial reality to the drama. By taking time to address an entire spectrum of depressive personalities and contemplations of mortality, a few characters are short-shifted in the running time department, most notably Jesse, who bombs around Hollywood in a daze, but never builds toward any recognizable catharsis. Patric’s Brian is also a muddled depiction, gone from the film’s midsection for much too long. His perspective on his daughter's illness, and his wife’s increasingly protective mania, is sorely missed.

Vassilieva’s portrayal of Kate is a searing communication of traditional teenaged frustration and devastating deathbed reminiscence, which Cassavetes uses often to disrupt the timeline and ventilate the conflict. Watching Kate not only struggle with her cancer, but also the growing pains of her pubescent years (a subplot with Kate taking on a fellow patient as a boyfriend is heartbreaking) lends “Keeper” the perfect gradation of sentiment. When the film stays focused on the small passages of despair, the results are extraordinary. However, Cassavetes would rather cover the erosion of Kate’s health in lurid detail and bathe “Keeper” in weepy basic cable montages (scored to cloying pop songs), seeking to extract tears at any cost. The obnoxious calculation smothers what should’ve been a pure articulation of melancholy and a potent debate of morality. 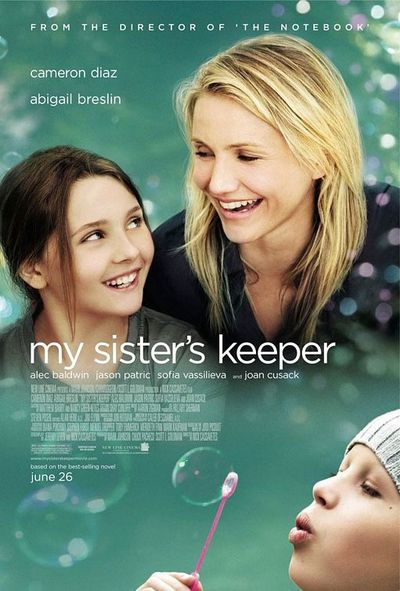