In the opening section of the indie “The Big Shot-Caller,” there’s a suggestion that the material will swiftly transform into an underdog dance story, resting comfortably in the arms of cliché to win over the most audience members. It’s to the film’s credit that this familiarity doesn’t really surface for a good 60 minutes. The bad news is that “Shot-Caller” eschews tradition to summon its own quirky music, and in the hands of inexperienced filmmaker Marlene Rhein, the challenge to form a cohesive feature-length motion picture proves to be too large a task.

Neglected by his father and abandoned by his sister at a tender age, Jamie (David Rhein) has raised himself on steady diet of “Strictly Ballroom” viewings and isolation. Now an adult, Jamie is a successful accountant, covering his eye condition (Nystagmus) and severe shyness by keeping laser focus on his professional life. Upon meeting a boozy Dominican girl who shows interest, Jamie’s life is turned upside down. Reconnecting with his estranged sister Lianne (Marlene Rhein), Jamie looks to her freewheeling nature to help him break out of his shell, leading him to the doorstep of intense Salsa dance training, hoping to encourage a newfound sense of accomplishment and ambition.

Listed in the opening titles as “Inspired by a true story,” “Shot-Caller” has the benefit of a lived-in cinematic posture, though what exactly has been plucked from reality is never made clear. Instead the film wanders vaguely from conflict to conflict, as Rhein pursues a rhythm to the feature that defines her strengths as a filmmaker. While showcasing groundwork for a spirited New York City comedy, “Shot-Caller” is more of a kissin’ cousin to “Napoleon Dynamite,” with delayed, deadpan performance beats that crackle with dried irony and deliberate oddity, performed by a cast of amateurs.

While the gimmick of brother/sister team David and Marlene Rhein offers “Shot-Caller” a personality of some sort, it doesn’t help that neither one of them can act. The duo make the most of their static time in front of the camera, but the wooden line readings and overall frigidity is difficult to adjust to, molding two lead performances that never achieve their sympathetic goal. Rhein is much more confident behind the camera, offering a gorgeous NYC vibe to backdrop Jamie’s psychological maturity, with gifted cinematographer Paolo Cascio making visual poetry out of a low budget and traditionally disagreeable HD camera equipment.

Reaching to comment on heavenly inspiration, familial discord, and the bliss of personal expression, “Shot-Caller” bites off more drama than it can chew, piloting to a series of scenes that effectively shut the momentum of the picture down. As a director, Rhein is eager to cover all whims for her debut feature, but offering precious little substance in return. Sympathy is easy to conjure for dear Jamie and his lovesick blues; however, by the time Rhein shoves the character toward his clumsy gyrating destiny, most, if not all of the interest in the material has already abandoned this benign, but deeply flawed film. 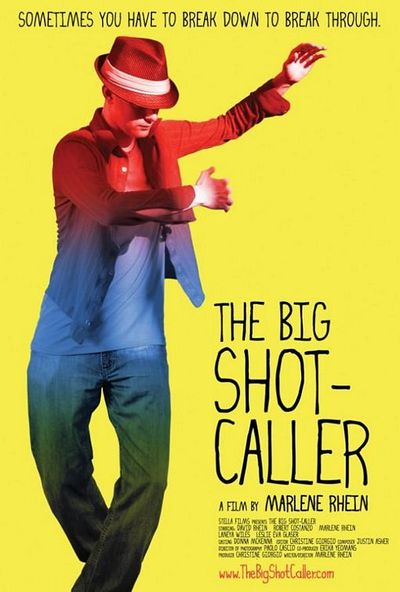