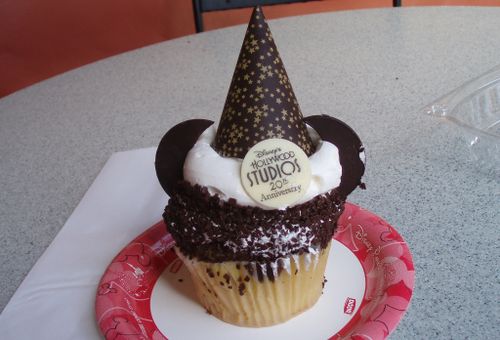 I’ve always felt a special kinship with Disney’s Hollywood Studios (formerly Disney-MGM Studios). It’s the only theme park I’ve, in a strange sense, “grown up with,” having visited for my first time in 1990, a little over a year after the property first opened to the public. The experience also marked my first taste of a scarily form-fitting theme park ambiance, instantly hooking me on the sweet stuff that continues to captivate me to this day.

Today was the park’s 20th birthday. How’s that to make a guy feel old!

While Disney has always shown tremendous hesitation when it comes to lavishing anything that isn’t a castle park with a lively celebratory effort, it was a delight to observe the corporation at least make a token pass to say hey to the landmark DHS anniversary. While only featuring one blockbuster event and a smattering of gear and goods for purchase, the birthday feeling still filled the air bright and early this morning, as a horde of Disney Geeks gathered to reminisce about the park and its place in the often confusing Walt Disney World scheme of things. 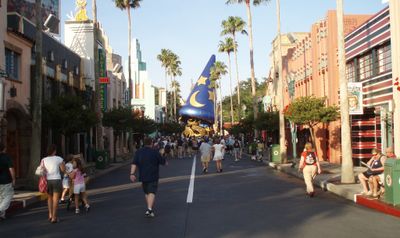 Actually, I should correct “horde” to “handful,” since the traditional rope-drop festivities were sparsely attended, either due to the hour, the season, or the swine flu. I expected more Mickey maniacs. After a short bit featuring members of the DHS street atmosphere team and a speech from an unknown Disney executive (didn’t catch his name), the crowds were permitted entrance into the park. Of course, everyone just made a beeline toward the “Russian Bread Line Simulator,” perhaps better known as the insanely popular “Toy Story Midway Mania” ride, leaving the rest of the park wide open to just kick back and marvel over 20 years of design triumphs and management failures. 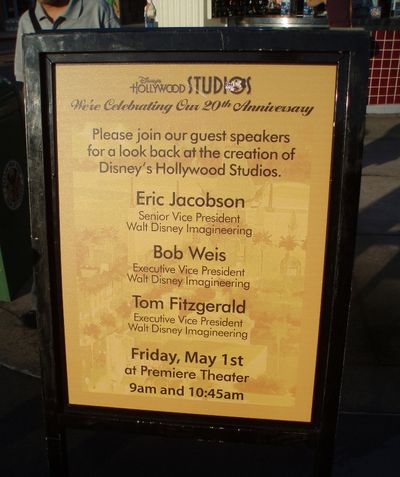 The highlight of the day was the opportunity to sit and watch three Imagineers (Eric Jacobson, Bob Weiss, and Tom Fitzgerald) regale the crowd gathered inside the Premiere Theater with stories covering the creation and backstage history of DHS. It was more of a PowerPoint presentation, but the audience didn’t seem to mind. Actually, they approved in a curious fashion, cooing over the more nostalgic peeks at year one of DHS. The opening picture of the lecture was a standard-issue magic hour shot of the iconic Mickey-eared water tower, and a few in the audience uttered a whimpering “awwwwww,” as though they just witnessed an asthmatic kitten perform a complex math problem.

I supposed the response was to be expected. Disney fanatics tend to fall into two groups: the pleasant sort who wear the ears, know the characters, and adore the fantasy, or those who daydream about bathing in Walt’s blood. The latter kind of freaks me out, so imagine being in a tight room with about 200 of these sweaty, fidgety people, each one of them secretly undressing the speakers with their eyes. Since everybody had already mastered their DHS trivia long ago, the Imagineers didn’t have many secrets to spill over the course of their 70-minute-long chat. However, the pictures were a treat to see, as was a discussion of my favorite DHS experience, “The Great Movie Ride.” And I don’t even like movies! Funny. A few ride and tour videos from the early years were clearly the highlights for the crowd, and perhaps the reason why staff repeatedly reminded the audience not to bust out the cameras and document the chat.

It’s funny how malleable Warren Beatty and Mel Gibson were to selfless Disney promotion 20 years ago. Oh, and never bring up the Sorcerer’s Apprentice Hat statue at DHS to a hardcore Disney fan. They might cut ya. 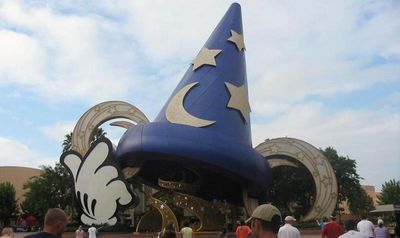 I’m sure Disney had a few tricks up their sleeve for the day, but I only hung around for the morning festivities and to pick up a “special” cupcake that commemorated the event. Because what’s a birthday without cake? A travesty.

It’s been 20 years of incredible memories and amazing growth for DHS, and while the Pixarification of the property is disappointing to observe, the birthday provided a blissful reminder that the glamorous, idealized Hollywood intention of the park is still there, embedded into the buildings, streets, and atmosphere. You might have to squint for it these days, but the original magic that made DHS such a unique and vibrant place to visit remains. 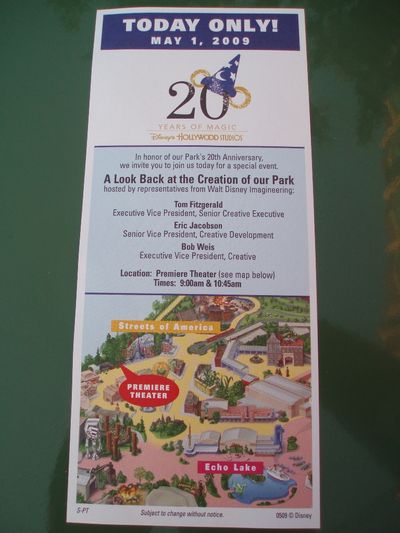 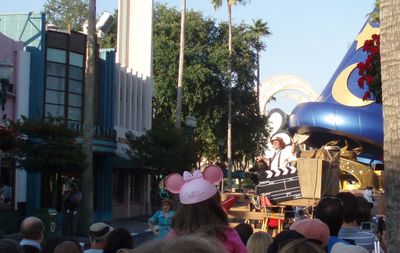 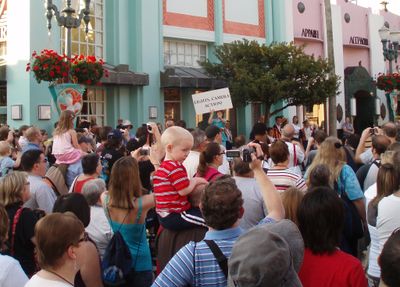 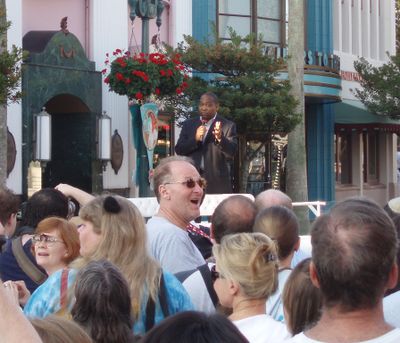 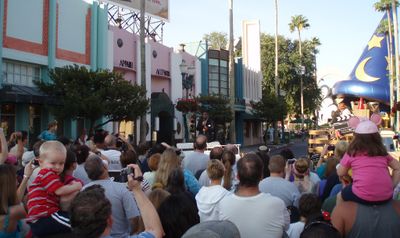 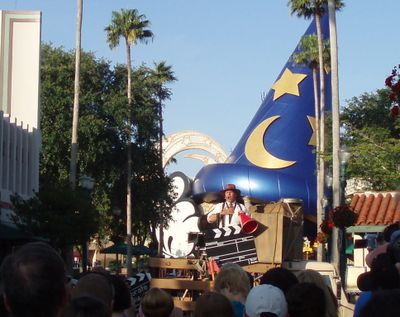 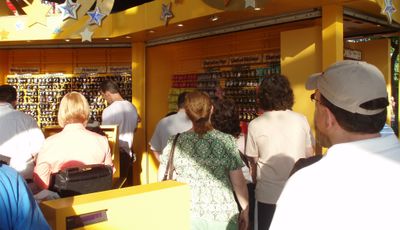 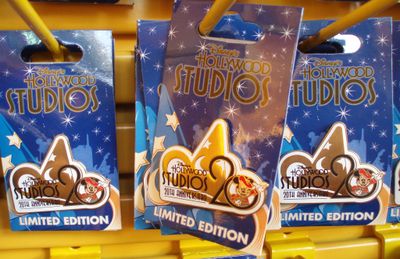 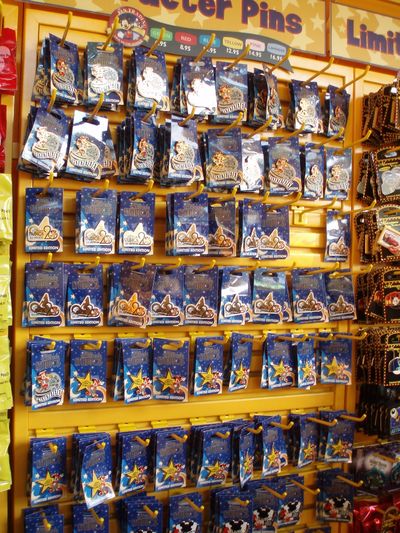 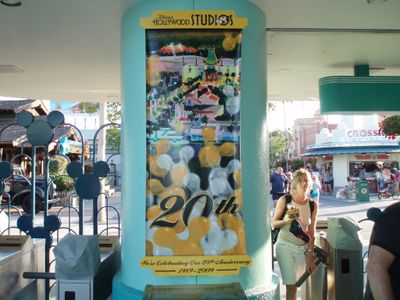 We were in Orlando then, but were actually at Epcot on Friday. I agree about the sparse nature of attendance. We went back to MGM-Studios (yes, I still like that name better! :D) on Saturday, and were able to go from Hollywood and Vine to Muppet 3-D in about three minutes walking at a normal pace. Thanks so much for the pictures. They brought back nice memories of our weeklong family vacation there. :D