DVD Review - Pegwarmers: The Geeks Shall Inherit the Earth 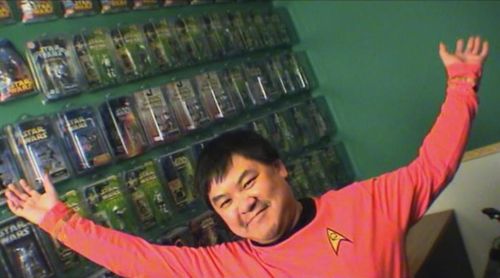 Pegwarmers, as defined in this documentary, are the action figures nobody wants. They’re the plastic personalities that are left behind to gather dust while their more popular, exclusive brethren are snapped up quickly. It’s a geek term finding an ideal home in this exhaustively geeky movie. Lovingly prepared and quick to charm, “Pegwarmers: The Geeks Shall Inherit the Earth” is an affectionate ode to the less esteemed pop culture pursuits, returning some dignity to those brave few who boldly go; individuals who take on sci-fi and fantasy pursuits in the face of disdain, eventually finding a safe haven in the company of other like-minded enthusiasts.

Celebrated director Doris Dorrie’s “Cherry Blossoms” concerns the enriching odyssey of life lived after the cruel death of a loved one, tracing that specific psychological abyss for a German man at ease with his habitual life and now confronted with cataclysmic change. Endearing, modestly tear-jerking, and basted with just enough culture shock oddity to keep the cinematic brew tart and curious, “Blossoms” is an emotionally charged pearl of a film.