It’s prom night for straight-laced Eugene (Zach Cregger), who promised his longtime girlfriend Cindi (Raquel Alessi) a night of carnal delights after years of preaching abstinence to young kids. At his side is loose cannon best friend Tucker (Trevor Moore), who eggs Eugene on to embrace his wild side. Instead of sex, the night ends with Eugene in a coma, and when he awakens four years later, he learns that Cindi is the current centerfold for Playboy. With Tucker dreaming of a party at the Playboy Mansion, the two take off on a wacky, slapstick heavy trek across the country to find Cindi and figure out just what went wrong with her morality.

Q: Could “Miss March” be considered a Whitest Kids U’ Know film?

Trevor Moore: The deal with Fox was that we were going to rewrite the film from scratch. If it were up to us, the first movie we would’ve written for ourselves wouldn’t be a road trip sex comedy. No dissing on the genre, it’s just not what we would write for ourselves. It was a conscious effort to take a movie from that genre and infuse a Whitest Kids sensibility to it. That way, people who like the show would like this, and we could make a road trip movie that we would be excited about. But we definitely want to do a Whitest Kids movie.

Q: You mentioned this script wasn’t originally your own. How did it fall into your lap?

Zach Cregger: Somebody wrote a script for us, with the lead roles named Zach and Trevor. It was essentially what the film turned out to be, so Fox sent it to us as asked if we liked to take a crack at it.

Q: The writer was a longtime fan?

Zach Cregger: Yeah, I think he caught our live show. It was three guys actually, but yeah, they were familiar with us.

Q: Can you describe how Playboy influenced your lives?

Trevor Moore: Well, it’s the centerpiece of the movie, but it wasn’t a huge part of our lives. Beyond that, I was never obsessed with Playboy as a kid. I was aware of it, but I never had a subscription. I don’t recall sneaking issues around or anything like that. I was more of a “Star Wars” kid. That was my obsession. I knew all the droid names, that’s where my head was at.

Zach Cregger: I was never into Playboy growing up.

Q: Did they send you to a “Playboy Boot Camp” to prepare for the movie?

Zach Cregger: No. That would’ve been interesting!

Trevor Moore: They trusted we knew how to use the internet. I realize Playboy is a huge thing to most people and I know to a lot of kids it’s the awakening of the pre-teen experience.

Q: Was it difficult to get permission from Playboy?

Zach Cregger: Actually, we didn’t want their permission. We shot it originally without them and in different mansions. We cast Robert Wagner as Hugh Hefner, and he did a great job. They’re such a huge company, we didn’t know what they’d think of the script, if they would get involved creatively and change the script. We thought it better to not involve them. And then we tested it, and it tested great all the way through except for the end when the reveal happens. Everyone knows what Hef looks like and you could hear an audible sigh. We took it to Playboy after a couple test screenings and they were totally chill. Hef liked it and didn’t change anything. 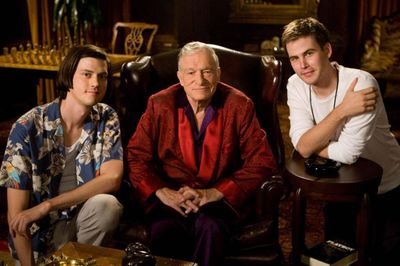 Q: Describe the experience directing Hugh Hefner? Was he open to direction?

Trevor Moore: You really don’t know how seriously he’s going to take his own image. We were nervous watching him look over the script, and the only note he had before we got to set was, “At one point, you call a girl ‘busted.’ What does that mean?” He was cool throughout the whole process, very charming. When you first meet him there’s this moment of importance, but he diffuses that. He jokes around, he’s super prepared. He spent the whole day before cramming for it, he had all his lines down, and he was cool with us poking fun at his image. We put fake tears on him and had him crying at the end. He was cool with that.

Q: Did you have to travel to the Playboy Mansion to direct him?

Trevor Moore: Yeah. Well, we don’t live there (laughs). We shot that in his living room. That scene is in the mansion’s media room. It’s his chair, his robe. He basically came downstairs one morning and shot a movie.

Q: Since you both are well versed in shorter concepts for comedy, what were the challenges bringing a feature length film to the screen?

Zach Cregger: It’s a different medium all around. With a sketch, you just get in and hit the jokes as hard as you can and get out. That’s the point. You don’t have to care about the character development and story arcs. It’s just about being a slave to the joke. The movie is one organism. Every scene has to serve the story, characters have to develop on a proper track. It’s an eco-system. It was cool to do something different.

Q: Which do you prefer: television and shorts or feature films?

Zach Cregger: I like sketch. Sketches are just fun because you have no responsibility. It’s like: I have a great idea! Ba-boom, done.

Q: How did you juggle the workload as two directors?

Trevor Moore: It’s always worked out that way. We do the TV show together. If we’re both on camera, we just check playback before we say we got it or not. We’ve worked together for so long, it’s more about the angles. We’re both on the same page about everything before we get to set.

Q: Is it a good cop/bad cop dynamic?

Zach Cregger: We try not to intimidate the other actors.

Q: How long has this “Miss March” journey been for you both?

Zach Cregger: Two years since pen to paper. We shot the third season of Whitest Kids in that time, so it wasn’t two full years. It’s pretty quick though, from the writing process to the premiere.

Q: How does it feel to be done with it?

Zach Cregger: It’s scary. It’s exciting. I hope people like it and I hope it does well, but it’s also frightening.

Trevor Moore: It’s like driving to Vegas. It’s either going to go great or not so great. It’s exciting. Hopefully it will open well and we’ll move on to something else. I’m proud of it. I think we did a good job with it.

Q: Was there any pressure to shoot for a PG-13 rating?

Zach Cregger: No. Everyone was on the same page: hard R. From the beginning. 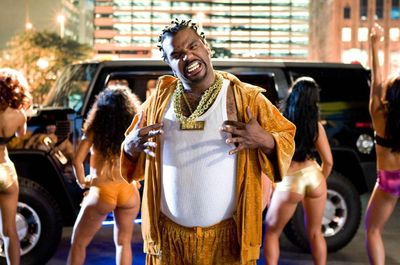 Q: Speaking of that, since the name is repeated throughout the film, what was the inspiration behind the name and character Horsedick.MPEG (played by Craig Robinson)?

Trevor Moore: That was a file that I’ve had on my computer for years and years (laughs). Actually, that name came from an old, famous video file on the internet. It was one of those early internet, send-around, gross-out, “oh my god!” type of things.

Zach Cregger: It was really hot too (laughs).

Trevor Moore: It was one of those things we were thinking about for a rapper’s name. At the same time it’s really dirty and really nerdy. That’s a really nerdy name for a rapper to have. It’s a video encoding format! The contrast is really funny. Once you have that name, the character writes itself.

Q: How many Playmates are featured in the film?

Zach Cregger: Just Sarah Jean Underwood, and she was really great. She plays herself in the movie and she’s a really good sport. She’d go where we needed her to go.

Trevor Moore: The reason we picked her was because she’s not camera shy. She’s herself on camera. We were looking through material with other Playmates they sent us, but there was something instantly likable and very sweet about her. 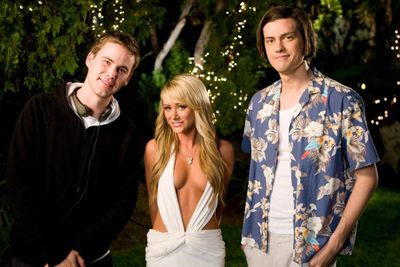 Q: And Craig Robinson brings a different energy to the set?

Trevor Moore: He came in to audition and he took us by surprise, giving this Tasmanian Devil style of performance and that was exactly what we wanted. He was on the same page with us right away.

Q: And what’s coming up next for you?

Zach Cregger: Hopefully we’ll do season four of the show. And we’re finishing up a script for the Whitest Kids film. If this movie does OK, we should be able to get that thing made and if not we’ll put it on YouTube.

Q: Do you want an indie type of experience or do you prefer working with a studio?

Zach Cregger: Fox has been so fantastic throughout this thing, I think we can safely say we would do another film with them in a heartbeat. We’ll see what happens. 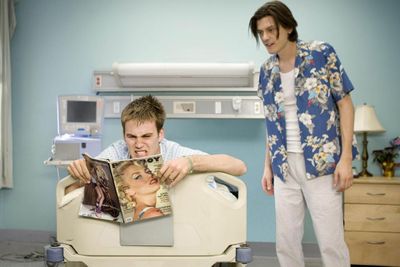