The year is 1985 and Richard M. Nixon holds firm as the U.S. president while the superpowers of the world race toward an assured nuclear holocaust. The time has passed for costumed crime fighters, with vigilante Rorschach/Walter Kovacs (Jackie Earle Haley), frustrated legacies Silk Spectre II/Laurie Juspeczyk (Malin Akerman) and Nite Owl II/Dan Dreiberg (Patrick Wilson), genius industrialist Ozymandias/Adrian Veidt (Matthew Goode), and glowing blue deity Doctor Manhattan/Jonathan Osterman (Billy Crudup) forced into retirement and exile while the world they once chose to protect falls apart around them. When maniac The Comedian/Edward Blake (Jeffrey Dean Morgan) is brutally murdered, the group is stunned, pushing Rorschach into investigative mode to understand why someone has targeted “Masks” for assassination. Digging further into the blood-smeared conspiracy, the group learns to confront their once-heroic identities and ominous end-of-times reality, while the seedy criminal trail leads from The Comedian’s corpse to an exacting force of power from the most unexpected origin. 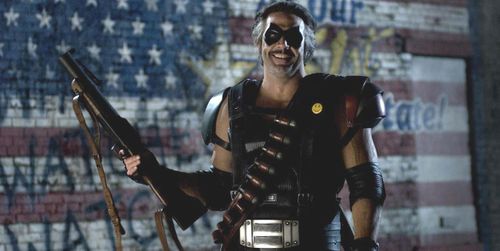 “Watchmen” is perhaps the most holy of comic book property. Created by Alan Moore (who took his name off this movie) and Dave Gibbons, the expansive saga of the costumed outsiders gripped readers for 12 issues throughout 1986 and 1987, challenging the sleepy state of the superhero with a multifaceted tale of battered morality and cold war concern. It was a classic yarn that redefined and popularized the potential density of the ink and paint industry, giving birth to the vast graphic novel genre we know today. Once thought unfilmable, “Watchmen” has managed to climb out from the charred remains of fallible Hollywood plans to make a sizable dent on the big screen. The result is an elusive creation that holds so much respect for the source material, it actually suffers from unbearable claustrophobia as it kicks and broods its way to mediocrity.

I won’t proclaim “Watchmen” to be an intolerable motion picture, just an unnecessary one. Holding to the perhaps unpopular belief that some literature doesn’t require a cinematic counterpart, “Watchmen” was an accomplishment reserved for the ambitious pages of the comic run, where sprawling themes, complicated character study, and diverse apocalyptic visions benefitted from a patience that could only emerge from serial storytelling. Moore and Gibbons were bringing something subversive to the milieu and tracking real-world fears, while holding to an atypically lacerating overview of characters at war with themselves and each other. Try as he might, Zack Snyder simply doesn’t have the directorial sophistication to coax “Watchmen” into an elevating, provocative experience. Instead, he traces, and not convincingly.

Much like “300,” Snyder uses the source material as his template, not his inspiration; he endeavors to reconstruct the original handle of the book by adhering to recognized visuals and famous frames, turning “Watchmen” into a motion comic book over a breathable adaptation. By sticking like glue to the Moore and Gibbons universe, the film is sure to tickle the fanbase with its cornucopia of references, slavish staging, and iconic poses ripped straight from the page, but where does that leave the layman? Snyder doesn’t care. “Watchman” is episodic by nature, which makes for a trying film, constantly ramping up and down in pace while it sorts out a plethora of backstory the novel spent a luxurious amount of time gracefully constructing. The spastic expositional effect is jarring and frustrating, and while I don’t begrudge the uber-fan his or her golden opportunity to see these characters in motion after decades of waiting, the execution here is muddy and far too condensed to make sense to anyone sinful enough to stand outside of the treehouse.

With his addiction to glossy slo-mo and spurting body blows (executed without irony), Snyder certainly sells the pants off the violence in “Watchmen,” making brute motivations easy to discern even to those only halfway interested. Step an inch outside of the primary colors, and the gravitas is gone, lost to a script that fails to pack an insane amount of nuance into a crowded 160-minute-long running time. Rorschach’s hard-boiled, byzantine dementia is simplified to crowd-pleasing splatters of aggression, set loose within a cardboard New York cityscape of backyard Kubrickian limitation; Nite Owl II’s internal emasculation presses too hard on the bespectacled nerd button, making the engaging transition between impotent domestic and liberated superhero personalities far-fetched compared to the rest of the group; Silk Spectre II’s heartache is reduced to complaining and pouting; Doctor Manhattan’s philosophical detachment and Red Planet seclusion is handed only a rudimentary appreciation, with more attention paid to his transportive powers (and exposed genitalia) than his callous soul; The Comedian is turned into a simplistic cigar-chomping, baby killing brute with little tangible dimension; and Ozymandias is shifted from an all-powerful narrative linchpin to a sleepy, nonspecific aggressor.

With the exception of Goode and his perplexing Barbara Walters accent, along with Morgan and his cringing inability to make the stilted dialogue his own, “Watchmen” is successfully acted. In fact, Haley’s astonishing, acidic work as Rorschach is a career-best effort, easily stealing the film away from the rest of the masks with his gritted teeth revulsion. However, thespian stiffness remains a constant source of irritation within the feature; the cast seems more aware of their windblown outward appearance than the critical solemnity of the moment and Snyder offers little in the way of guidance, favoring slick visual slide over grit, with cinematographic gimmicks swallowing the bruised core of the material with every passing minute. 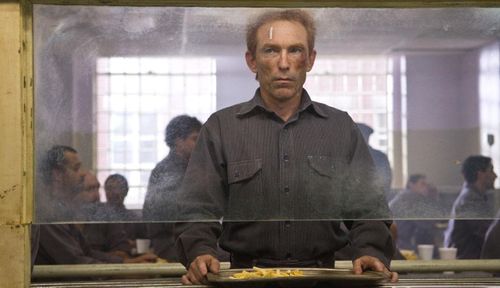 There’s more to be said about Snyder’s ineffective vision, which extends to some brutally awkward period soundtrack selections, an absurd “Red Shoe Diaries” staging of a limber sexual tryst between Laurie and Dan on his all-purpose ship Archie (an event that receives more screentime than the scope of Ozymandias’s personality), and his infuriating insistence that the audience fill in the plot gaps themselves. While Snyder’s visual mastery is open for debate (much of “Watchmen” looks like a Nike commercial), his storytelling instincts remain a complete mess, with the closing showdown in Antarctica shorn of its otherworldly alarm and reimagined as something unacceptably conventional, perhaps ultimately unworthy of all the fuss that precedes it.

After 2+ hours observing “Watchmen” stumble over its own feet in a futile endeavor to communicate a broad sweep of satire/pathos/heartbreak with little in the way of artistic breathing room, I was pining for the original book and its sheer sullen antihero elegance. This is not a delectable mythos that needed a shiny new package for the world to enjoy, and especially not one that takes more pride in the art of the slow motion punch over an exhilarating sensation of doom. 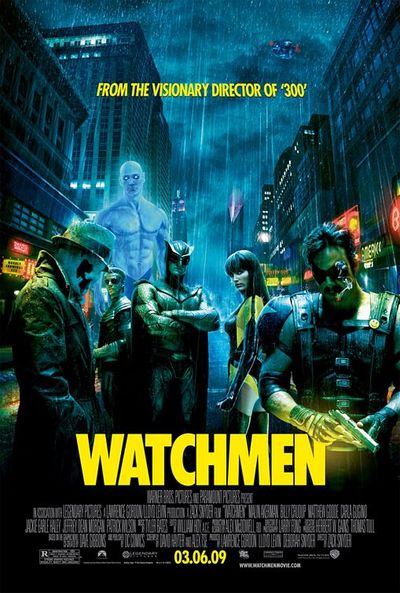 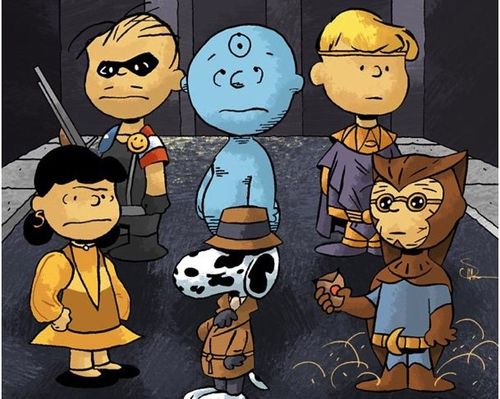 You make yourself appear petty and dose yourself with too much self-worth....

Do yourself a favor and write something more objective

What a great review. I came out of an early screening in tears because the film was so bad. Snyder really screwed this film up and I hope it bombs.

A lack of squid is the least of this POS's problems.

In opinion writing? Larry, you're a moron.

If you think anything about the movie or the comic, anything at all, was intended "without irony", including the use of slow-mo, you missed the point.

Good Lord, the geeks have come out in full force.

you are the guy who gave a bad review to wall e, right? figures

Wall-E! Well, that only took less than one day before some douchebag brought that review up.

i just got back from a screening and this movie sucks.

it's a mess, nothing makes sense, and i hated how those who read the comic felt superior to everyone afterwards.

It is so fun to read the comments.
Warm in MN. 40F today

Great Review--You really covered all the bases and took the words right out of my mouth, especially the part about Snyder's directorial abilities. The man was simply too literal in his rendering of The Watchmen, and he lacks the imagination and edge to execute such a complicated & layered storyline on film. I also question his musical choices--And that sex scene was ridiculous. Yeah, Ozymandias was also disappointing. You can't have a superhero/anti-superhero (whatever) movie, without a good villain. Ozzy barely made a dent in my memory.

I would have rather seen the Charlie Brown version of Watchmen. At least we know the music would have been better.

I kept thinking that the guy who played the Comedian was Javier Bardem (I found out later that it's actually Jeffrey Dean Morgan), but the two actors definitely look alike