"Best Worst Movie" has been brought to the screen by actor Michael Stephenson, who 20 years ago portrayed young Joshua Waits in "Troll 2," and has remained unable to conceal the scars ever since. Endeavoring to decode why this obscure, no-budget, barely distributed film has managed to hang on by its fingertips as an enduring pop culture punchline, Stephenson traveled the world to meet the fans and filmmakers who brought the world of Nilbog (goblin spelled backwards, but you knew that already) to life. However, Stephenson’s story begins with the actors: the true survivors of the ordeal.

The unofficial star of "Worst" is George Hardy, a bulky dentist from Alabama slowly coming around to his "Troll 2" recognition. Hardy is an affable chatterbox with an insatiable appetite for the spotlight, coming to the documentary eager to find out how far the fanbase goes. Traveling around the country crashing packed “Troll 2” screenings, Hardy’s mind is blown by the response, which triggers an immensely powerful drive within him to play up his “Troll 2” heritage to the hilt, armed with his classic, deafening line, “You can’t piss on hospitality, I won’t allow it!” The audiences love him. The newfound attention is the water of life to Hardy, who treasures every step of the tour. His glad-hand enthusiasm is amazing to behold, infectious to all those around him. 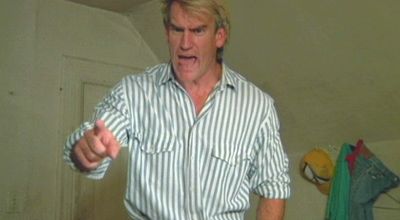 In fact, most of the cast of “Troll 2” has been miraculously corralled for interviews for “Best Worst Movie.” It’s an amazing collection of "gets" that flesh out the history of this clunker through wonderful candor and convincing astonishment. Most are charmed by their fame (if a bit hesitant to restore the movie to their resumes), but others, such as Margo Prey (who played sing-along mother Diana), welcome the news of the cult growth like a knife to the chest. While playful in interview mode with Stephenson and Hardy, indulging their bizarre request for scene recreations, Prey is shown to be mentally ill, preferring isolation with her elderly mother and feline décor than to be shoved back into the limelight.

The Prey sequence is exactly the point where “Best Worst Movie” goes from a frothy fanboy carnival of irony to an unexpectedly searing portrait of life lived on the fringes of fame, where a mix of apathy and cluelessness has paved a road to ruin. “Troll 2” director Claudio Fragasso is Stephenson’s ultimate statement of absurdity; a crusty Italian director who came to the backwoods of Utah 19 years ago to make a statement on humanity and perhaps vegetarianism (keep in mind, a bologna sandwich is the hero of the movie), only to have the end product come out unintentionally goofy. Watching Fragasso’s puzzled, misread reactions to the “Troll 2” cult fame and his eventual reunion with the actors (who he refers to as “dogs”) is worth the price of admission alone, displaying an agitated Euro temper and sincerity flung into a deep ocean of horn-rimmed, XXL mockery. Even Stephenson seems uncomfortable watching Fragasso slowly wise to the idea that his work is being ridiculed, not celebrated, observing the director grow from nervous anticipation to disgust as he computes what “Troll 2” actually means to people.

As a credit to his chain-smoking legacy as a low-budget schlockmeister, Fragasso has plans to make a second chapter to the Nilbog saga. You’ve been warned.

Sprinkled throughout the picture are the fanatics; the movie nuts who cling to the outsider appeal of “Troll 2” out of need to celebrate tacky cinema and perhaps to build a cult film identity of their own. Rustling up homemade merchandise and perfecting outrageous costumes, the loyalists are a special breed that embraces “Troll 2” for every last frame of accidental ham it contains, elevating the stars who dare come out and claim their fame to god-like status, not to mention giving Stephenson’s camera gobs of oddity and nervous discomfort to exploit. 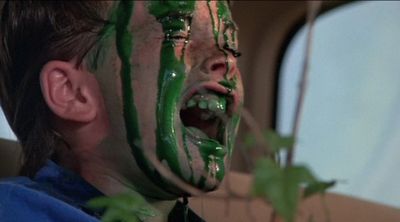 The flipside of the notoriety coin closes out “Best Worst Movie,” with Hardy learning that not everyone, especially the clientele at an overseas horror convention, knows what the magic of “Troll 2” means – a moment of humiliation that temporarily cleanses Hardy of his cult hero aspirations. It’s a welcome counterpoint to the celebration, honestly deconstructing “Troll 2” for the hipster insider club it’s become, and not a universally cherished slice of cheese some perceive it to be.

I had unanswered questions after watching “Best Worst Movie,” and I would’ve enjoyed even a sliver of insight from the makers of the ghoulishly pleasurable 1986 feature, “Troll,” who’ve been forced to suffer the shame of the in-name-only sequel that’s scraped some luster off the brand. Perhaps Stephenson isn’t concerned with the larger depiction of identity, favoring a shotgun approach that captures curiosity by finally addressing the elephant in the room. For anyone who’s wanted to know how “Troll 2” came to be and how the torment of its awfulness has hounded the cast and crew for two decades, “Best Worst Movie” is your documentary Xanadu. 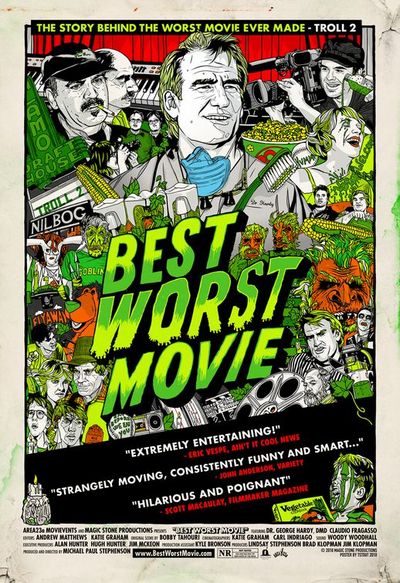 Actually, calling the actor "dogs" is an italianism on Fragasso's part. In italian, a "dog" actor means a "bad" actor, or a hammy one.

You cant Piss on hospitality!!!
i like how uniformed the goblins where

Fragasso's vision as depicted in Troll 2 is misunderstood. I saw how all his attentions to detail were insightful to the depth of the plot. The costume designs were firm, there were precision zoom-ins and a decent script. But the actors couldn't pull it off, and all the blame goes to the Director.

I really like this movie, it was scary, and I resent the godless cult following.