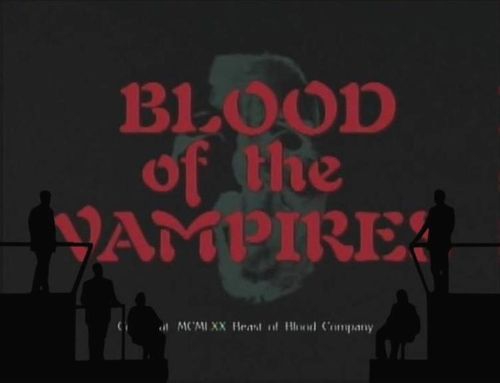 Ostensibly a saga of a Mexican family cursed with vampirism trying to contain their plague, “Blood” is more about the pauses between pauses. A chaste take on “Romeo and Juliet,” only with Ma Montague chained up in the manor basement, “Blood” attempts to deliver big time on neck-biting scares and soap operatic displays of doomed relationships. Just the production origin alone turns the film into an absolute mess, leaving director Gerardo de Leon at a loss over how to energize the piece. The film quickly tumbles into flat-out inertia, glacially laboring over tedious family history nuances and toothless acts of violence. It’s made in the vein of a Hammer Film production, but you’re more likely to hammer yourself in the face when it’s over. 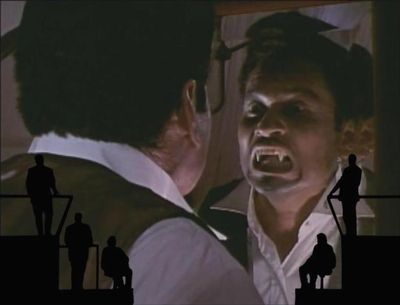 This is where the heroes of Cinematic Titanic (Frank Conniff, J. Elvis Weinstein, Mary Jo Pehl, Joel Hodgson, and Trace Beaulieu) swoop in to save the day. Faced with an imposing challenge to spice up this immobile motion picture, the Titanic gang delivers one of their most spirited performances to date, gently nursing laughs out of an impossible situation. The cast appears ready for war with “Blood,” featuring a noticeable increase in the velocity of one-liners and puns to fill in the ample silence. The heightened effort is appreciated and warmly executed, boosted by the sheer inspiration an oddity like “Blood” provides. With this release, Cinematic Titanic attempts the high-wire art of the comedic sprint, and they pull off the challenge effortlessly.

While more verbally silly out of necessity, Titanic does land some reference body blows that enhance the presentation. Nods to Twitter, feminist Betty Friedan, and “The Warriors” are good-natured fun, and I treasured a call back to the cheap 3-D effects of Count Floyd’s “Monster Chiller Horror Theater.” However, a geyser of laughs in “Blood” is uncorked with the production’s use of obvious blackface to identify the domestic servant characters. The idea is unquestionably insensitive and offensive, but it gifts Titanic with their sharpest material of the episode: the gang marvels over the unnerving concept with uproarious observations not only concerning the tastefulness of such a directorial decision, but the shoddy paint jobs on the actors as well. 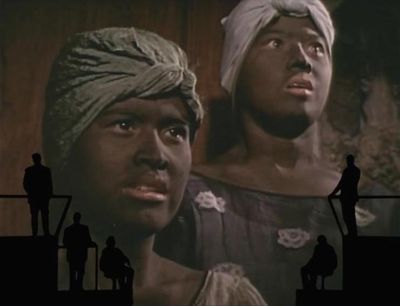 The full frame presentation mixes sharply outlined Cinematic Titanic props and set with the “Vampires” print. Much like previous episodes, this isn’t a reference-quality disc, but a fine offering of a modestly budgeted comedy program.

The Dolby Digital 2.0 track is also blessedly simple. All that’s required is a nice separation of riffs and the movie’s original muddy soundtrack, and that’s precisely what the DVD offers.

For the first time, Cinematic Titanic offers something of a supplementary feature. A Trailer Gallery includes a peek at all the past releases, giving an entertaining overview of the franchise history. Hey, it’s a start. 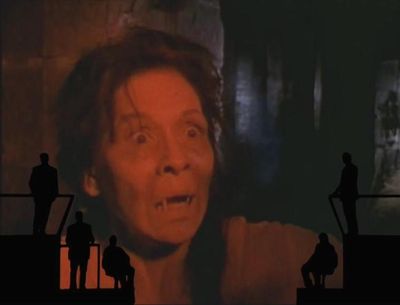 Because “Blood” is such an unreasonably sluggish movie, the jokes don’t always find their mark (shades of a previous episode, “The Wasp Woman”). It takes a few moments for the troupe to find the proper rhythm of this nonsense, but when the pace is accurately measured, the laughs quickly follow. This episode is more about appreciating a challenge, especially with a finale that pits the vampires against a horde of rabid Catholics. How does one poke fun at religious fervor and not come across ghoulish? Cinematic Titanic has found that blissful balance, and their work on “Blood of the Vampires” made me appreciate their creativity and sheer talent even more than previously thought possible.

To purchase this and other Cinematic Titanic episodes, please visit www.cinematictitanic.com 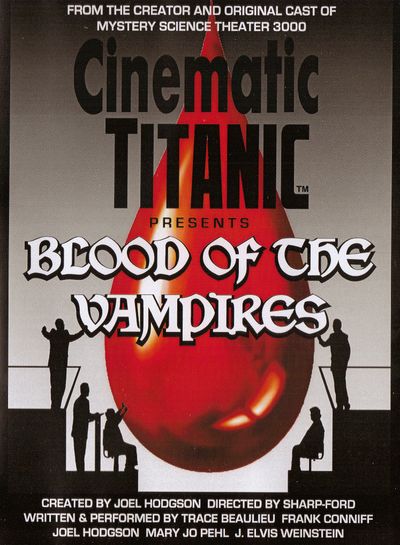