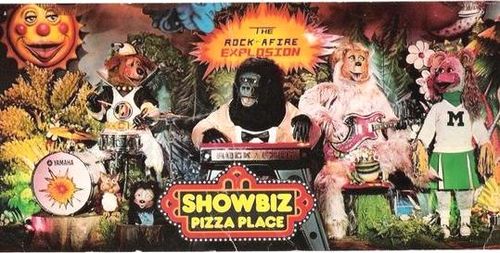 The band was called The Rock-afire Explosion, and their hits and vigorous stage demeanor electrified a generation of fans who still hold the memories of the group’s triumphs deep inside their hearts. Taking center stage at Showbiz Pizza restaurants, The Rock-afire Explosion was actually an assortment of gigantic animatronic animal characters decked out with flashy costumes and oversized instruments, running through a pre-programmed list of songs and funky robotic moves to charm the giddy groups gathered to boisterously celebrate, play video games until their fingers bled, and eat gobs of pizza. Reigning supreme for the better part of a decade, the Explosion took the nosepicker set by storm, leaving some, like Alabama resident Chris Thrash, to dream of the day when they could possess their very own version of the band.

It took Thrash about 20 years, but through serious small-town vocational efforts and the availability of some extra space on his property, the soft-spoken man claimed his wish, building his own Rock-afire Explosion with help from the band’s creator and online guardian, the excitable Aaron Fechter. “Explosion” tells the story of these two men and how their obsession with the group shaped their lives, bringing the audience on a documentary expedition of harmless fixation and dedication to a childhood distraction that was rudely taken away through the unforgiving process of bankruptcy and generational maturity. How these men maintained their fandom for such an unusual object through decades of jarring pop culture shifts and increasingly cutting-edge entertainment demands is only the tip of the iceberg here.

Working with his Creative Engineering, Inc. company, Fechter was the brainchild behind the formation of the Rock-afire Explosion, installed into 200 Showbiz Pizza restaurants by the mid-1980s. Creating a musical act defined by intricate animatronic movement, catchy cartoon personalities, and a set list of comforting family-friendly tunes, the act was an immediate smash, bewitching the imagination of kids like Thrash. Showbiz and the Explosion eventually imploded, but Fechter and his everlasting enthusiasm for inventing and entertaining remain in full effect to this day, as witnessed by Whitcomb, who visits the Creative Engineering headquarters in Orlando to inventory the scraps left of the Explosion and Fechter himself.

The miracle of “Explosion” is how seriously Whitcomb takes this whole sparkly subculture. Interviewing band “groupies” (men and women replete with merch, tattoos, and enduring memories), the director illustrates a stunning portrait of fandom, Peter Pan syndrome, and genuine love for a lost childhood artifact. Thrash and Fechter are an idiosyncratic pair of men who are spiritually elevated by this pursuit, with the former working his Mountain Dew-fueled ambitions to positive ends of distraction, finding viral video majesty when he programmed the Explosion to “perform” modern pop songs from the likes of Shakira and Usher; using the reincarnation to herd like-minded souls out there suffering from Showbiz Pizza withdrawal and opening the group to a whole new generation of kids who never knew the pleasures of 1980’s arcade culture.

It’s amazing how much mileage Whitcomb squeezes out of the subject matter, tracing the history of Showbiz Pizza and the monetary drought that greeted Fechter when the Explosion golden age passed. This is a wonderful, enlightening, and affectionate documentary providing a sugar-shocked exploration of a distant memory kept alive by a faithful few. Through their considerable, indefatigable efforts, the legend of Billy Bob, Dook LaRue, Beach Bear, Rolfe DeWolf, and the incomparable Fatz Geronimo blazes on in the most unlikely of places and people. 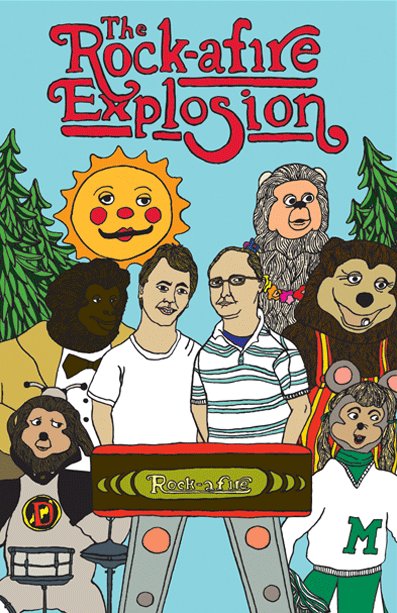 I loved showbiz. I wish this would play in LA.