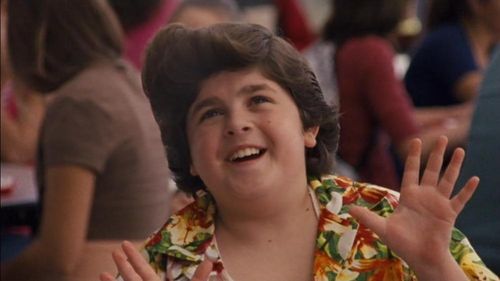 Trying to understand his obsession with animal behavior, Ace Ventura Jr. (Josh Flitter, “Nancy Drew”) keeps busy terrorizing his mother Melissa (Ann Cusack, improbably taking over for Courtney Cox) at a local zoo. When a rash of animal kidnappings tear across the Orlando, Florida region, Ace finds himself drawn to investigate, poring through crime scenes and junior high witnesses to nab the culprit. With the help of his grandfather (Ralph Waite), nerd A-Plus (Austin Rogers), and crush Laura (Emma Lockhart), Ace assumes his destiny as a pet detective, using his wits and destructive improv ability to examine clues and save his mother, who’s facing a lengthy prison term after being framed for the crimes. 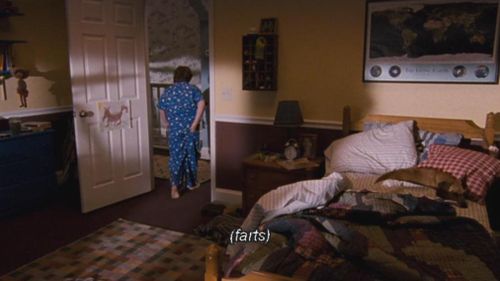 An “Ace Ventura” sequel without Jim Carrey is peanut butter without the jelly. It doesn’t take a pipe-and-sportcoated film historian to recognize the quality of such a needless endeavor is going to remain frighteningly low, yet “Ace 3” manages to trump even those horrid expectations with its determined lack of ingenuity or even elementary comedic competence. This is a terrible motion picture, scraping the bottom of the barrel out of sheer laziness while the previous two pictures challenged the audience with a broad parade of farcical eccentricity and brazen displays of comic mischief. The earlier installments were certainly obnoxious, but they swung for the fences; the movies pushed the boundaries of inspired wackiness, led by Carrey’s insatiable appetite for elastic PG-13 madness. Handing the role over to a pudgy, thick-tongued 14-year-old kid doesn’t make any sense.

While Flitter is bursting with New Jersey energy, his Carrey mimicry leaves much to be desired. “Ace 3” is far too dependent on Flitter’s fixation with his punchlines, as director David Mickey Evans rests a majority of the humor on the youngster’s shoulders, assuming Carrey callbacks and flatulence jokes are enough to fill a 90 minute family film. With a raspy delivery and stubby physical appearance, Flitter is a total failure as the second coming of Ace, with every last one of his lines dropping out of his mouth with all the grace of an anvil. Granted, “Ace 3” is aimed toward the forgiving elementary school set, with the film showcasing lunchroom antics, state-of-the-art gummy worm tracking systems, a conceited teen villain (Reed Alexander, in a pleasing performance of effeminate terror), a Heelys-influenced action sequence, and advanced iPod technology to keep the target demo involved. But even that isn’t enough to suffer through this sorry excuse for low-budget, cash-in absurdity that trades agreeable clowning for lethargic anal-blast pandering. 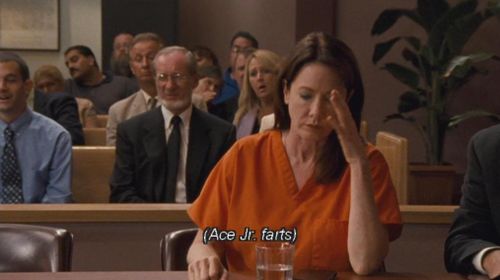 The anamorphic widescreen (1.78:1 aspect ratio) image quality on “Ace 3” is perhaps a little soft on detail and color pop, but the animal antics are well preserved. Black levels remain crisp and fleshtones accurate during the film, with no digital hiccups to report.

The 5.1 Dolby Digital sound mix on this DVD is a basic audio experience of strong music selections (Tone Loc’s 1994 anthem “Ace Is In The House” gives the speakers a nice thumpy workout) separated capably from the dialogue. Cartoonish sound effects give some kick to the surrounds, but the mix remains simple and effective for what the movie is.

English for the Hearing Impaired, Spanish, and French subtitles are included.

“Gag Reel” (4:32) reveals how lively the “Ace 3” set was, with Flitter breaking down into giggles constantly and fighting off the unpredictable behavior of his animal co-stars.

“Extended Scenes” (5:35) showcase even longer takes from the film, including an alternate ending. Most, if not all of these snips are worthless.

“Ace and his Animals” (7:00) interviews cast and crew on their feeling about animals (spoiler: they love ‘em!), and how trainer Mark Dumas worked around the set with the creatures.

“Ace Ventura Jr.: The Inside Story” (5:26) is a faux documentary with the characters sharing their thoughts on Ace Jr. Why? I have no idea. Show this to your children when they’ve misbehaved.

“Austin and Emma” (1:46) extols the virtues of Austin Rogers and Emma Lockhart, a pair who Flitter believes “generate this funniness.” I’ll take his word for it.

“All Play and No Work” (4:51) is a brief BTS featurette spotlighting the tomfoolery that occurred during filming, most emanating from Evans.

“And Now Introducing the Animals” (5:32) returns the attention to Dumas, who takes the camera on a tour of the multitude of animal actors featured in the movie.

“Ox the Dog” (3:13) meets Tyler, Ace’s canine co-star who quite honestly is the most proficient member of the cast.

A Trailer has not been included on this DVD. 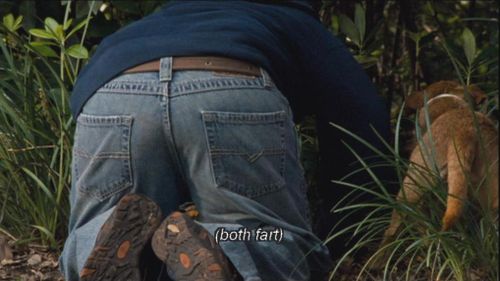 While I certainly enjoyed the film’s use of the Universal Orlando theme parks as a backdrop to much of the story (it lends the film a sliver of personality it doesn’t otherwise own), the rest of “Ace Ventura Jr.: Pet Detective” is a loathsome, exceedingly unfunny continuation of a once rewarding film series. Case in point: the movie trots out the moldy “don’t tase me, bro!” line twice for jesting punctuation. Twice. Keep in mind the feature is credited to four writers, and there’s a glimpse of the hell that awaits. 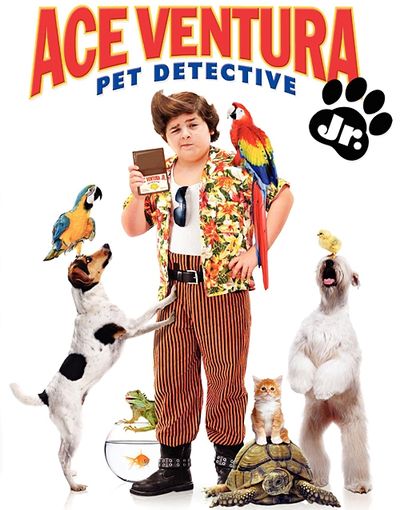 I'm a fan of bad movies, but I think I'll pass on this one.

Best movie ever, I recommended it to the Queen of England at her last tea party and she said it was quite good!