The curse of Friedberg and Seltzer, buffalo soldiers, 2012 VHS tapes, Paris Hilton, the horrors of a recycling factory, the death of film parody, Conservative desperation, Larry the Cable Guy, and skateboarding blues. 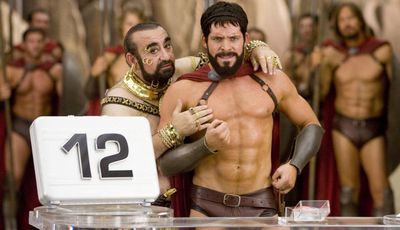 Amazingly, for the third year in a row, a feature from Aaron Seltzer and Jason Friedberg (“Date Movie,” “Epic Movie”) has topped my worst of the year list. Incredible. “Meet the Spartans” is classic life-draining cinema: a contemptibly unfunny piece of parody that failed to produce a single laugh, turning any semblance of wit away at the door. Even with an obscenely brief running time of just 68 minutes, “Spartans” was a relentless torture chamber. There’s nothing quite as excruciating as watching two filmmaking bozos burn through their TiVo for gag inspiration, assembling a movie glued together primarily with potty humor and atrocious celebrity impressions. “Spartans” is one loathsome motion picture, but let’s be honest here: you probably knew that already.

As a form of punishment, possibly for enjoying “Indiana Jones and the Kingdom of the Crystal Skull” as much as I did, the great gods of movieland sent a second Seltzer/Friedberg collaboration to Earth this year. Expectedly, “Disaster Movie” stunk up the room, further encouraging the short bus routine from these filmmaking nincompoops. Essentially stoking the same practice of anemic parody and putrid acting, “Disaster” brought nothing new to the screen, lazily rehashing satiric beats and pop culture inspiration. Perhaps only marginally less agonizing to endure than “Spartans” due to a slightly more fetching cast, “Disaster” struck hard and fast with worthless stupidity. The only upside to this moronic endeavor? The picture tanked at the box office, silencing the Friedberg/Seltzer comedy roar to a meow. Here’s to a 2009 list without these goofballs impeding my unpredictability. Another parody confection, although this feature didn’t emerge from Friedberg/Seltzer (though you could’ve fooled me). Razzing the world of comic book cinema, “Superhero Movie” was another compilation of stale jokes, bathroom-based humor, and embarrassing performances rolled up into a desperate and detestable feature film. The crime of “Superhero Movie” wasn’t its ineffectiveness, but that it held an ideal target for a comedic beheading, only to cast it aside in the pursuit of meaningless vulgarity.

The Hottie and the Nottie

A Paris Hilton comedy where the blonde, pantyless paparazzi flypaper is the best part of the entire feature? What fresh hell is this? An amateurish production that couldn’t see a single, solitary gag to fruition, “Nottie” was a brutal slapstick machine, reinforcing how exceedingly unemployable actor Joel David Moore should rightfully be. As for Ms. Hilton, she’s a wretched actress and expectedly lifeless, but somehow her incapacity to execute a human response onscreen conjured up a curious “get out of jail free” card, allowing the princess to escape this blazing pile of unfunny without a scratch. Strange, I know. Too bad the rest of the movie couldn’t follow her lead. 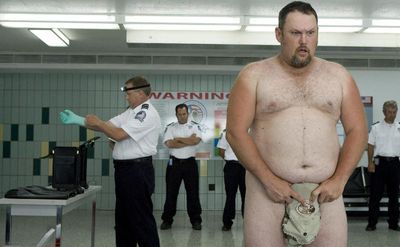 Another fixture on any respectable worst-of list is Larry the Cable Guy, a comedian who endeavors to make extravagantly stupid comedies for his fanbase. I couldn’t explain his appeal even with a gun pressed angrily to my temple, but the cinema Larry encourages is apparently unaware that dumb can withstand (perhaps enjoy) some ingenuity when the effort is made. Instead, a film like “Witless” relies heavily on bodily function humor, cheap racism, and low-budget clowning to get by, making for a torturous night at the movies. Like “Disaster Movie,” “Witless” was met with a collective yawn at the box office, leaving hope that this crud might be the last of Larry in starring roles for a long time to come. 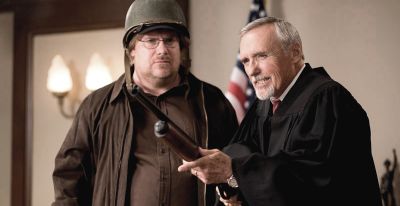 Yet another parody to grace this list, only this time the target is Liberalism, brought to the screen by an outraged pack of Conservatives fed up with Hollywood’s treatment of their beliefs. While directed by one of the founding fathers of the modern day lampoon, David Zucker, “American Carol” was an inhumanly unfunny, tasteless brew of moldy satire, missing an opportune chance to ruffle political feathers. With insensitive 9/11 imagery, the umpteenth use of Michael Moore as the subject of Conservative mockery (surely there’s someone else to pick on by now?), and a cast of pathetic Hollywood has-beens (Kelsey Grammer, Dennis Hopper, Jon Voight, and Robert Davi) looking to revitalize their careers with this obnoxiously provocative parade of propaganda, it’s really not all that impossible to spot where “American Carol” went wrong. 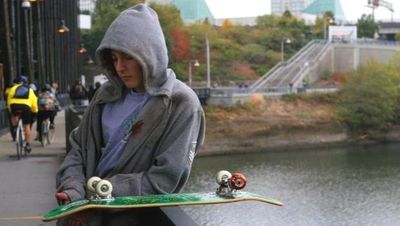 Before “Milk” restored some sanity to his career, Gus Van Sant spent the early part of the year putting the finishing touches on his six-year-long blue period, creating “Paranoid Park” as the merciful finish line to an extremely unpleasant and unsatisfying marathon of masturbatory experimental filmmaking. I don’t begrudge any director an opportunity to flex crucial observational muscles but “Park,” with its menagerie of dopey skate rats, slo-mo murder, and extended takes of people staring or walking, left me convinced Van Sant feel asleep behind the camera. Inert to an uncomfortable point of self-parody, “Park” took Van Sant’s permissive vision to its logical conclusion: artistic paralysis. 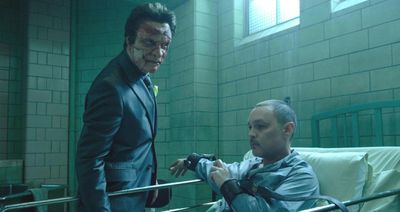 Dumb can be fun, fun can be dumb. But dumb fun? I wouldn’t give “Punisher: War Zone” that type of intellectual credit. A splattery, numbing production that was crammed with soul-flattening winks and abysmal production value, “War Zone” was much too clumsy to be written off as delicious mindless entertainment. Being a fan of the 2004 cinematic incarnation of the character, this newer transgressive approach to the Frank Castle experience was a crushing creative step backwards, giving in to an exasperating professional wrestling mentality director Lexi Alexander showed little control over. I’m all for wild tangents of unfiltered, face-removing brutality, but “War Zone” was too self-conscious to be of any possible value. 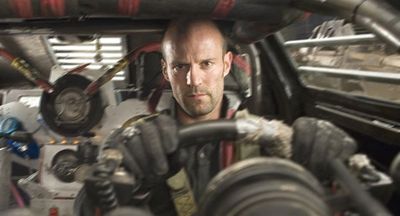 Another alleged “dumb fun” invitation, “Death Race” hit the raw nerve of blasphemy. A remake of the 1975 drive-in classic “Death Race 2000,” the new take on futuristic antagonism and really, really fast cars stripped away any sense of satire and mischief to attain a deadening, overstimulated quality, nurtured by the poisoned touch of Paul W.S. Anderson. Even by its own loose idea of reality, the film made no sense; the actors looked desperate and confused over what sort of tone to be aiming for; and wonderful, macabre touches from the original film were jettisoned, replaced by tiresome energy drink commercial antics. Listen, if you’re not going to slaughter any innocent pedestrians for bonus points, why bother remaking the film in the first place? 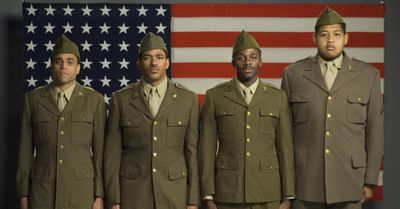 Spike Lee’s World War II saga was an absolute muddle of inconsistent acting and laborious declarations of racial discord, leaving me irritated when I rightfully should’ve been enlightened. “St. Anna” highlighted Lee’s growing inability to properly judge material, remaining so intent on delivering the preeminent story on the African-American experience during the war that the rest of the drama was left to suffocate slowly for nearly three hours of screentime. Misguided in every possible facet of production, rendered historically sterile by the Crayola filmmaking, and ultimately fruitless as a mystery, “St. Anna” isn’t the worst film to emerge from Spike Lee (that honor goes to 2000’s “Bamboozled”), but it’s uncomfortably close.

Runners-up: Pathology, American Teen, In the Name of the King, Hamlet 2, Meet Bill, Step Up 2 the Streets, Prom Night, Max Payne, Harold & Kumar Escape from Guantanamo Bay, Never Back Down, My Best Friend’s Girl, College, Mirrors, The Family That Preys, and Righteous Kill

Yes, finally someone else who thinks "Death Race," is a hunk of junk, and anything with Paris Hilton I know to stay away from (is that a guy in the movie still).
-Mike

Didn't see most of these but hated paranoid park with a passion. It felt like it was six days long.

Great list, there's never enough room in the top 10 Worst Films to include every worthy film, but "Baghead" and "Pathology" DEFINITELY should have been in there... although I didn't see either "Hottie Or The Nottie" or "Disaster Movie".