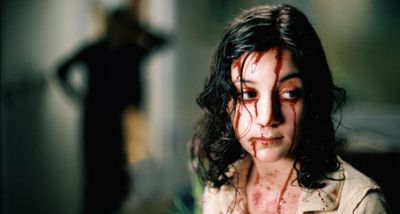 Let the Right One In

A Swedish horror production with enthralling, unnerving romantic overtones, “Let the Right One In” is not a simple film to summarize or absorb. Blending ghoulish visuals with a tender story of friendship and otherworldly protection, “Right One” is an elongated, macabre take on pre-teen curiosity and companionship, spotlighting an unlikely bond formed in the shadow of eternal damnation. Bloodthirsty, oddly serene, and heightened by two lead performances from child actors who show wondrous ability to communicate love and apprehension with jaw-dropping precision, Tomas Alfredson’s motion picture is a sensational event, brilliantly composed and superbly executed from top to bottom. 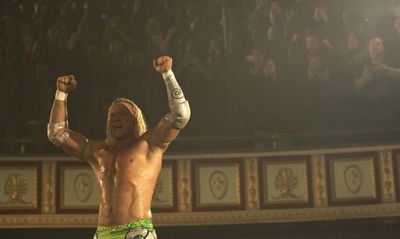 “The Wrestler” is an emotional thunderclap of a movie, led with astonishing skill by Mickey Rourke’s vulnerable, commanding lead performance. As the eye of the hurricane, Rourke’s gives director Darren Aronofsky an effort that elevates the entire production into a somber, pensive mood of bone-rattling regret, set against the painful reality of a fallen wrestling star hustling to keep his name on the lips of fans and loved ones. “Wrestler” plays to a very specific era of grappler glory, but it houses universal moments of isolation and gut-churning consciousness that bore into the soul. Rourke’s resoundingly lived-in, articulate performance is just the icing on this bruised, bloodied, and soundly beaten cake. 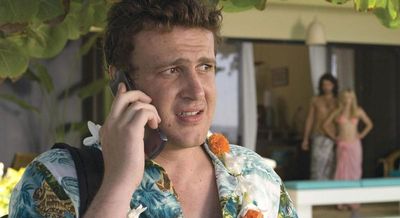 
While cursed with a minimizing “Apatow Factory” branding, “Forgetting Sarah Marshall” was easily the slyest comedy of the year. Depicting the dismal descent into relationship termination hell, the feature was riddled with copious wit and streams of venom, delivered in a gloriously Hawaiian, slacker-singsong rhythm courtesy of star/writer Jason Segel (a gifted performer), who laid into the humiliating misery and the smutty material with equal relish. A comedic riot that dared to ride some uncomfortable waves of emotional vulnerability (and full-frontal male nudity), “Marshall” was an uproarious triumph. 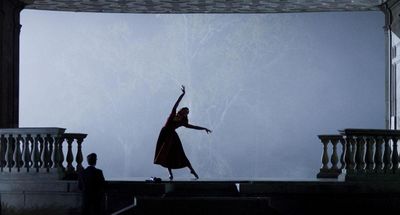 The Curious Case of Benjamin Button

“Benjamin Button” is a tightly bound series of luxurious technical achievements, taking a single character and aging him backwards without a quiver of artificiality fogging up the view. For that achievement alone, the film is a marvel. What powers “Button” beyond basic wonders of eye candy are the loving, poised performances, the opulent production value and location shooting, and the heartbreaking story of a love affair pulled in two opposite directions. “Button” doesn’t lose itself to heartstring tugging; instead the film is a mysterious, graceful valentine to romantic tragedy and the sweep of life. It’s a jewel of a picture, made all the more surprising by director David Fincher’s confident, compassionate tonal changes. 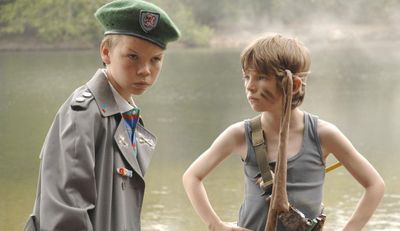 Rated PG-13 and only limited to a pathetic art-house launch last summer, “Son of Rambow” deserved a much sweeter fate. A rambunctious, hilarious, inventive comedy about childhood trauma and the ecstasy of emotional liberation, the film delved into slapstick and sentiment with fantastic skill. Producing duo Hammer & Tongs weave a tapestry of enchantment, emanating from both Sylvester Stallone hero worship and youthful observation, but ultimately resting on the throne of imagination, twisting this story of friendship and VHS-energized matinee idolatry into an inspired gem that disarms with its wit and generous spirit. For heaven’s sake, stop reading this and rent the DVD. 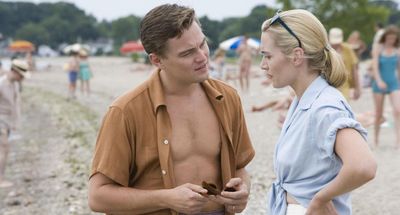 
A tale of hesitant domestic bliss turned into a hostile war of wills, “Revolutionary Road” made for a spellbinding sit, enriched by exceptional performances from Leonardo DiCaprio and Kate Winslet. Deftly deconstructing iconic desires and social cancers of the 1950s, “Road” never wallowed in self-abuse; instead the picture generously experienced the strain of life lived within a prison of promised contentment. Not an easy sit by any means, “Road” nevertheless stuns with its dedication to the gnarled core of hope, explored by director Sam Mendes with pincushion defenselessness that slowly, methodically reaches a conclusion of outrageous misfortune and cinematic poetry.


A documentary on the life of an impulsive 10th grader with undefined emotional issues, “Billy the Kid” brought to the screen a pitch-perfect articulation of the teenage experience. Eschewing the trendy trappings of youth-centric motivation, director Jennifer Venditti instead pulled back to observe Billy as he made his way through a troubled life, staying tight on the boy’s myriad of reactions and endless encounters with social discomfort. It’s a simple story of ill-fitting maturation and every situation is a spellbinding affair of unspoiled adolescent behavior.

Is there anything even remotely left to write about “The Dark Knight” that hasn’t already been salivated over by the great unwashed nation of geeks? A dazzling, applause-worthy crime saga layered inside the bruised carcass of a concentrated superhero distraction, “Knight” found an ideal playground within a beguiling depiction of moral ambiguity, richly drawing from three iconic comic book personalities to sift through lush thematic discussions of honor, insanity, and the true price of justice. A sterling production from a technical standpoint, “Knight” managed to hold its golden pitch when it came time to spill heavy dramatics, taking Batman to a whole new level of multifaceted screenwriting that will be difficult to top in the inevitable next installment. 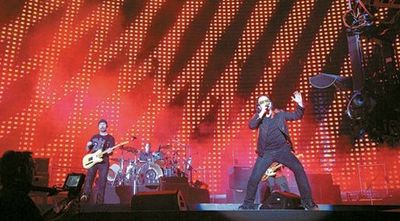 Eye-popping encounters with IMAX screens are all the rage these days, but only one film brought U2 to towering life. “U2 3D” is strictly a concert film experience, watching Bono and the boys perform hits and misses in front of a receptive, sweaty stadium populace. However, the static stage environment provides a wonderland for the 3D camera, offering outrageous depth of field that not only sticks the viewer into the heaving body mass of the crowd, but, at times, makes U2 your own personal friend. Obviously the mood is sweetened for fanatics, but this IMAX experience is so pure and so hospitable that even newcomers to U2 might find their senses tingling with euphoria after a viewing. 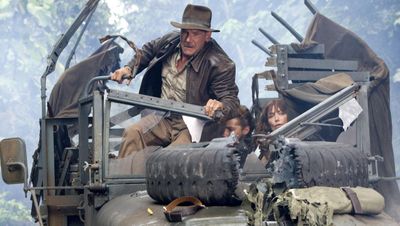 Indiana Jones and the Kingdom of the Crystal Skull

Every top ten list should include a few from the heart, detached from the expected turtlenecked limitations of critical analysis – junk food for the multiplex-loving appetite. The fourth Indiana Jones adventure provided the ideal carefree escapism summer 2008 needed, while furthering the questing character’s difficult journey through the 20th century. Some complained of illogic and pacing issues, but I failed to see the same roadblocks (a fact I found proved resplendently during a rare theatrical marathon of all four films a few months back). Steven Spielberg, George Lucas, and Harrison Ford saddled up another adventure with the same crack timing, smashmouth stunts, and technical imperfection they’ve always embraced. A fitting new chapter in the life of the big screen’s greatest hero, “Crystal Skull” presented a buffet of amusement and thrills to be gorged on with as much repetition as possible.

I liked "Forgetting Sarah Marshall," I have not laughed that hard in a long time. And "Let the Right One In," is excellent. I think some of the best horror films are coming from overseas right now.

I will have to see "Revolutionary Road," and the new "Indiana," film.