It appears the soured saga of “Superman II” will never find proper closure.

While the 2006 “Donner Cut” of “Superman II” went a long way to restructuring this lost classic into a feature both epic and true to the vision established in the 1978 original, it remained a frustrating novelty. Saddled with the burden of creating something coherent using footage from both Richard Donner and Richard Lester, the last release of “Superman II” clicked more as a gripping curiosity than a wondrously reworked achievement, with unearthed footage nicely stitched into the fabric of the film, only hindered by a limited restoration budget and a few necessary scenes that were never completed. The 2006 release was meant to close the door on “Superman II” for fans who screamed for an unsullied version, but as we all know, nothing geektastic ever truly dies.

“Selutron” is the entity behind a project established to modify “Superman II” into a more desirable shape of superhero pride. Working on his/her own time (though I’m pretty sure this much effort exposes a male perspective), Selutron has manipulated scenes with clever CGI and keyboard alchemy, taking established sequences and tweaking them to showcase more logical special effect concepts or to simply right some of Lester’s colossal wrongs.

One sequence that exemplifies the endeavor is the infamous Houston battle, where Kryptonian baddies Zod, Non, and Ursa first interact with Earthlings, resulting in a slightly “Hee Haw” showdown that isn’t very rousing or hilarious. Through the magic of the mouse, Selutron has moved the fight to the front lawns of Washington, adding renewed urgency to the set piece. Perhaps a little too on-the-nose, but it’s not Houston, and that’s worth a round of applause.

Surely there are enough fan-edits of “Superman II” to go around, especially after the introduction of the “Donner Cut” and all the new treasures it revealed. “Superman II” remains damaged goods, but with more Selutronesque efforts out there in the geek pool, perhaps the picture just might one day reach a desired state of finality the fans deserve.

Click here for the remarkable Selutron clips, housed at the great capedwonder.com

Click here for my review of “Superman II: The Donner Cut”

Don’t know what the hell I’m talking about? Click here for the whole “Superman II” mess. 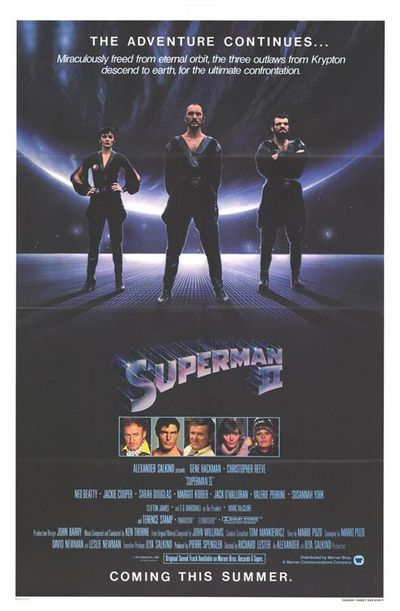