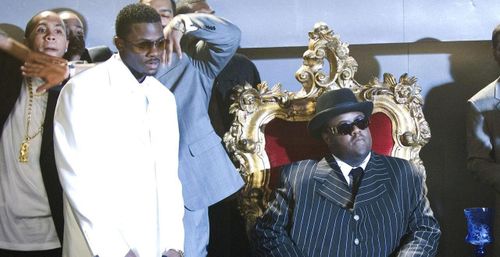 The Christopher “Biggie” Wallace depicted in “Notorious” is a lying, drug dealing, adulterous high school dropout who held little regard for anyone other than himself. If not for the saving grace of rhyme, Wallace would’ve been just another statistic; a tired thug plagued by self-inflicted emotional wounds and stunningly selfish behavior. Of course, Wallace did find his way to a superstar rap career, leaving the bio-pic “Notorious” with no choice but to celebrate this questionable life, made legendary by its brevity and golden pop culture timing.

Growing up in Brooklyn, Christopher Wallace (Jamal Woolard) found no comfort in education, preferring to sling crack on street corners to fulfill his lust for material possessions. Staving off the boredom by practicing his rhyme skills, Wallace was immediately heralded as a natural performer, soon introduced to music producer Sean “Puffy” Combs (Derek Luke) and promised glory. Climbing the ranks of the rap game, Wallace rechristened himself Biggie Smalls, enjoying a massive appetite for drugs, women, and beats. Through a tumultuous friendship with Tupac Shakur (Anthony Mackie), combustible relationships with Lil’ Kim (Naturi Naughton) and Faith Evans (Antonique Smith), and the drama with his mama Voletta (Angela Bassett), Wallace fought to juggle all his problems, only to find his life stopped short by a bullet in 1997, at the age of 24.

“Notorious” is a pretty lousy motion picture, yet remains fixated on Wallace’s career highlights so intently that hardly anyone will notice the film’s abundant defects. Emerging from a near-decade-long absence from directing, George Tillman Jr. (“Men of Honor,” “Soul Food”) runs the camera ragged to make Wallace larger than life, eschewing a metered observation of flaws and charms to play straight-up hero worship with the obese, thick-tongued rapper. Co-produced by Combs and Voletta Wallace, “Notorious” offers little opportunity to meet the real Wallace. Instead, the picture handles the unlikely icon with kid gloves, making a joke of his demons and whitewashing his often vile behavior (trumpeting survival over intelligence), scrubbing away the hard edges of the man to best suit evergreen marketing purposes.

Filling his frame with sticky, blazing colors and hazy smoke to cover his low budget, Tillman Jr. captures the white-hot moment of Wallace’s early-90’s ride to fame, broadly contrasting the grit of the streets with the luxurious pull of chart-topping triumph. “Notorious” at least looks terrific, achieving an evocative mood of sin to underline Wallace’s numerous temptations, also maintaining a palpable streetwise attitude to get the film through clichéd thug life rough spots. With the screenplay dealing some fairly nonsensical profundity whenever a character opens their mouth, “Notorious” is best when lips are sealed and the director can architect a climate of idolmaking from a pool of known quantities. However, this being a film about verbal gunfire, the silence never lasts for long.

“Notorious” has the ingredients to delve deeply into Wallace’s life, seeing how the rapper was only in the public eye for a blink. However, the production feels rushed, hustling from event to event to hand the audience familiarity over substance, leaving truly fascinating characters in the dust. The women in Wallace’s life hold little stake in the screenplay, with Lil’ Kim and Faith Evans reduced to faceless sexual excursions for the shameless artist, popping up only when Tillman Jr. wants to hammer cartoonish points of infidelity and misogyny into the ground, passing on a chance to add dimension to Wallace’s world by understanding the mean-spirited romantic indifference that repeatedly tripped up his life (the director would rather have his actresses nude than heard).

Even Tupac is made into a caricature of reckless rage, with Tillman Jr. pouring water on the expected fires of the east vs. west coast rap war that ate much of the urban press during the height of Wallace’s fame by taking the gangsta rapper’s paranoia to “Chappelle’s Show” extremes. Actually, much of “Notorious” resembles a sketch comedy movie, especially when the connective tissue of the story is left in an aggravatingly unfinished state.

There’s a primal urge to “Notorious” that will undoubtedly connect it to Wallace’s eager fans: the open-hearted folk who’ve come only to relive the music and spy some goofy hip-hop impersonations. I only wish the film was that simplistic and glossy. Instead, “Notorious” is careless with its morals and ironically thin on depth. It turns Biggie Smalls into an unpleasant, thoughtless caretaker of urban hopes and dreams, encased within a film that seeks to dust off a profitable legend instead of challenging a controversial legacy. 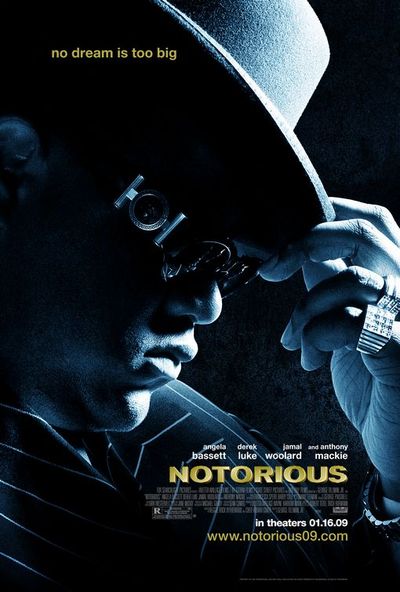 Your a racisit prick and when you die, I'll be sure to piss on your grave.

And I am sure you think Elvis and Johnny Cash is G-d???

Once again, racism must be called whenever someone makes a possibly relevant point about an urban-oriented film. I haven't seen the film, so who am I to critique? But pissing on someone's grave when he/she dies? That's horseshit, man. Keep that to yourself, at least.

Nothing racist about this review. I'm a big Biggie fan but this movie was like a corny crime re-creation scene on an Unsolved Mysteries episode.