“Not Easily Broken” arrives in theaters fresh from the mind of T.D. Jakes, the controversial preacher who last made a dent at the multiplex with 2004’s “Woman Thou Art Loosed” (also known as the film that beat Tyler Perry to the punch, but didn’t have the correct venom to succeed). Jakes dishes up drama in massive helpings, and while “Broken” is oddly well intentioned, it takes head-to-toe protective padding to survive all the hysteria and tragedy, making the viewing experience more about wincing than Jesus-approved enlightenment.

Trying to maintain his masculinity after his baseball dreams are destroyed, his wife Clarice (Taraji P. Henson) becomes the breadwinner of the family, and his abrasive mother-in-law (Jennifer Lewis) moves in, Dave (Morris Chestnut, half-asleep as usual) is struggling in life and in marriage, looking to God for help sorting out his problems. When an act of kindness brings Dave closer to a lovesick single mom (Maeve Quinlan), the newfound attention starts to confuse this “good man,” forcing Dave to reconsider the strength of his marriage and his once proud gender role.

“Broken” is an exhaustive melodrama and it’s quite comfortable within the confines of its soap opera surroundings, jumping from Jakes’s novel to the screen with all the grace of a water park belly flop. This is an African-American telenovela; director Bill Duke shamelessly trots outs an emotional obstacle course for Dave and his glistening abs to conquer, comprised of treachery, death, abusive fathers, adultery, and misogyny. Although Duke orchestrates convincingly, he’s just not energized by the material and stays within a comfort zone of broadly arranged misery to best pluck sympathy out of the intended demographic.

Of course, it all comes back to God’s doorstep, with “Broken” strongly basted in the juices of spirituality, helping to guide Dave through the difficult days of his life. While I see no harm emerging from the picture’s stance on divine support, I must admit to some discomfort with the picture’s ideas on gender roles. “Broken” doesn’t immediately leap to ugliness, but it’s awfully twitchy when near the suggestion of female empowerment, hinting around the notion that men have been unceremoniously nudged out of their pack leader roles by careless feminine ideals of equality, left with no place to assert themselves like Jesus intended. Duke doesn’t dwell on the creepy subtext, but he also doesn’t prevent a few cringe-inducing moments from bubbling to the top, the worst being Clarice accused of marital sabotage (by her minister) when she legitimately hesitates to bring a baby into the world with Dave. In the T.D. Jakes universe, there’s no greater offense to the mighty wind of the male genitalia than a forsaken womb.

When “Not Easily Broken” devolves into a fireworks display of catastrophe and nostril-flaring performances aimed at the rafters, it’s easy to recognize the theatricality of the filmmaking, especially surrounded by an appreciative audience. It doesn’t excuse the film’s undercurrent of caveman gender politics, but at least the whole thing doesn’t become a Tyler Perry-approved carnival of stupidity and violence. “Not Easily Broken” retains a modicum of composure and that’s a celebratory quality. 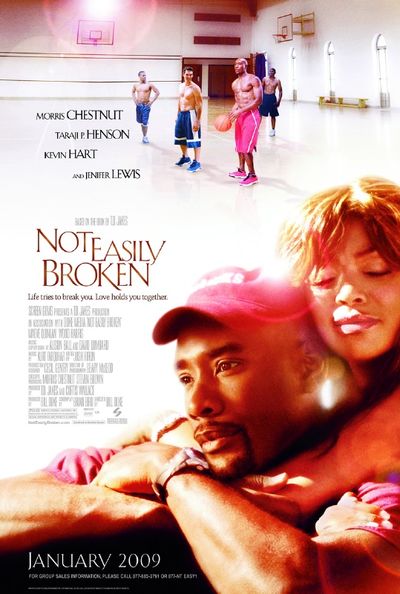