Last time, Cinematic Titanic confronted their Mystery Science Theater 3000 heritage with the classic Christmas catastrophe, “Santa Claus Conquered the Martians.” Now the group is trying their luck with…nudity. Pushing their content experimentation even further, Titanic’s take on “Frankenstein’s Castle of Freaks” presents a whole new challenge for the riff masters, tackling a film that’s as awful as any they’ve roasted before, only this presentation inches toward uncharted waters of adult entertainment.

A 1974 Italian horror throwaway, “Freaks” concerns the 19th century dastardly deeds and bathing privileges at the castle of Count Frankenstein. I must admit, even in heavily edited form, the films of MST and Cinematic Titanic have always been easy enough to follow; however, “Freaks” eluded my ability to detect any hint of a plot. The picture isn’t shy to roll out an outlandish cornucopia of the titular population, extending to a scheming dwarf, hunchbacks, nubile women, and a hulking surgical nightmare named Goliath (cursed with a “botched bris” for a head). There’s even a Neanderthal roaming around the film, and his name is, no joke, Ook. Overall, it’s a mishmash of heavily dubbed gothic personalities and ghastly acting, putting a sluggish twist on the indefatigable “Frankenstein” legacy. 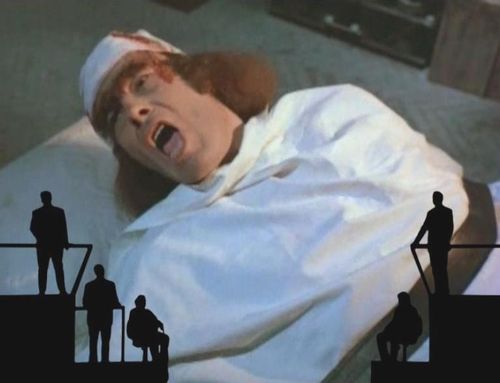 What “Freaks” offers the Cinematic Titanic crew (J. Elvis Weinstein, Frank Conniff, Mary Jo Pehl, Trace Beaulieu, and Joel Hodgson) is a wide assortment of horror trappings to pick apart with riffs and reactions, delving into this miserable picture with their almost polite merciless nature. However ripe the movie appears, “Freaks” throws our heroes off their game a bit, showcasing the Titanic squad hard-pressed to dream up malicious ridicule for a film that often stands perfectly still to best elongate its nonsense. Much like a previous Titanic object of scorn that struggled to break out, “The Wasp Woman,” “Freaks” is undoubtedly a rancid film, but hardly a kinetic one with ample room to bang out jokes left and right. The stress is felt throughout the episode, but never douses the amusement.

It’s called the Breast Blimp, and it’s the latest studio experiment for Titanic to accept with sizable comedic disdain. In a cinematic chess move well played by director Robert H. Oliver, “Freaks” is actually teeming with nudity to keep the antsy in their seats. Attempting to keep Titanic matters in a hard-PG territory, the Breast Blimp floats around onscreen whenever the leading ladies decide to bathe; water-based relaxation being the natural opportunity to cast clothes aside and allow the camera some serious ogling time. A clever way to avoid family unfriendly material but still maintaining the critical air of goofball wit, the Breast Blimp is a brilliant way to keep unmentionables out of sight and a brilliant way to get me to rent the original version of this film. 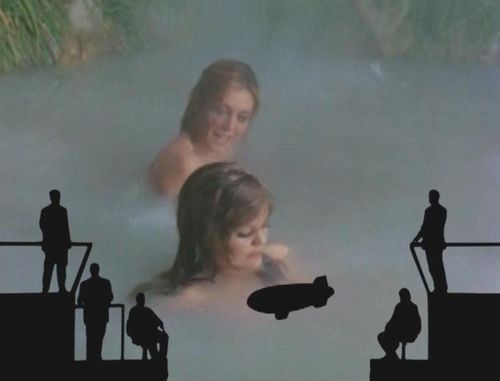 While the riffs tend to run hot and cold, the laughs are readily available, including Weinstein nailing the world’s funniest nose picker joke, a cutting “Star Wars” prequel humdinger from Conniff, and a running series of unforgiving puns to best combat the Italian weirdness of it all. Skillful references to Adam Ant, Red Skelton, David Duchovny’s sex addiction, and a Richard Gere impression help pad out the riffing scope. The MVP for the “Freaks” extravaganza is Pehl, who lands the highest percentage of laughs with her delicious dry delivery and keen genre observations.

The full frame presentation mixes sharply outlined Cinematic Titanic props and set with the surprisingly clean “Freaks” print. Much like previous episodes, this isn’t a reference-quality disc, but a fine offering of a modestly budgeted comedy program. 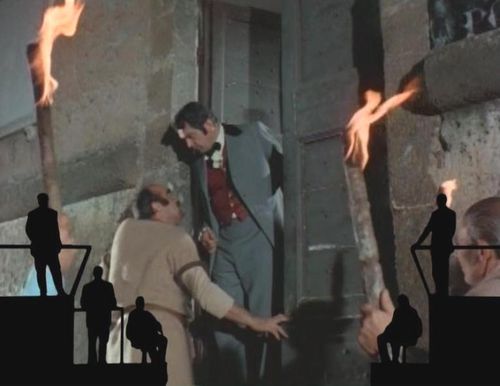 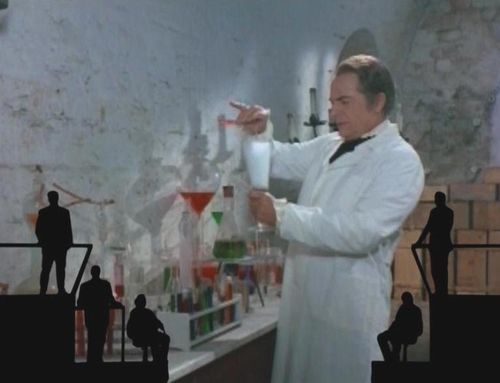 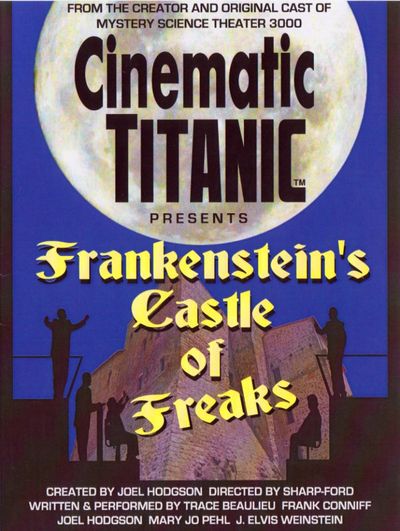