Since they were little girls, Liv (Kate Hudson) and Emma (Anne Hathaway) have dreamed of their wedding day, preferably located at the Plaza Hotel in New York City. Now in their mid-20s and engaged to nondescript men, the day has come to book the hotel; however, due to an error made by powerhouse wedding planner Marion St. Claire (Candice Bergen), only one June day remains. With both ladies pouncing on the date with no plans of relinquishing their fantasy ceremony, a battle of wills and pranks is declared, threatening to tear apart a relationship that has lasted a lifetime.

“Bride Wars” is ultimately a numbing, artistically bankrupt motion picture, yet the film doesn’t start out that way. Director Gary Winick, who managed to subdue staleness with the winning “13 Going on 30,” delivers an obvious cotton candy mood during the early moments of the feature, setting up the gooey matrimonial idealism shared by the lead characters with a tolerable spirit that hints at something wonderfully acidic to come. The atmosphere is bolstered by Hathaway and Hudson (who sounds about five martinis into a three-martini lunch), who share believable buddy chemistry and fight to find a comedic pulse to the lackluster script, co-written by “Saturday Night Live” cast member Casey Wilson.

Once past the 20 minute mark of this 85-minute-long feature, “Bride Wars” starts to erode in a hurry. Those expecting a film of madcap purpose might be surprised to learn that the titular combat only takes up a good 15 minutes of the film, with Liv and Emma one-upping each other with sabotage schemes built around such evergreen female nightmares as gaining weight and gossip (along with tanning abuse, salon mishaps, and a dance-off). “Bride Wars” isn’t clever, but it held the opportunity to be merciless, if only Winick glued some teeth to the material. The struggle between Liv and Emma is handled in a very tame, PG-rated fashion that feels anti-climatic and unsure, with the script soon retreating to sentimentality for comfort, preferring to pander rather than excite.

Once “Bride Wars” backs down from its concept, the picture simply dies. Suddenly the movie begins to invent its own logic to drum up some tension for the third act, absurdly contorting Emma’s groom into a monster out of thin air to pay off a marginally realized subplot that has the brunette bride-to-be feeling south-of-the-equator tingles for Liv’s brother (played by the antithesis of screen charisma, Bryan Greenberg). Once the treasured/feared wedding day arrives, the jokes are sheared off, replaced by pop sympathy for characters that aren’t terribly likable in the first place. With Winick hanging on for dear life and the screenplay failing to settle on a consistent tone, the movie implodes, relying heavily on the dizzying allure of bridal ornamentation to keep the viewer away from any deeper inspection of quality.

Upon further reflection, the picture does use the head-slappingly ubiquitous Natalie Cole song “This Will Be (An Everlasting Love)” within the first five minutes of movie, so perhaps the promise of filmmaking anemia was underlined faster than I realized. 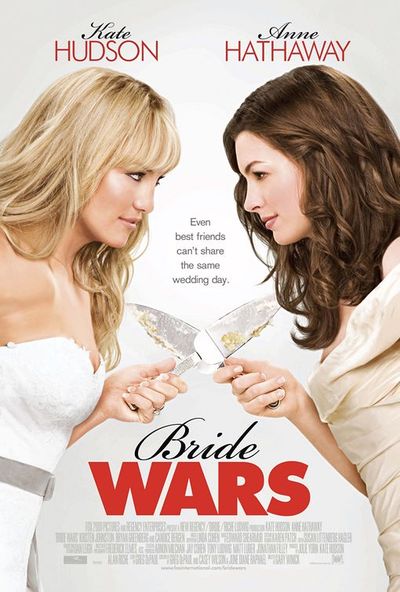