Gingerbread House 2008 at The Grand Floridian 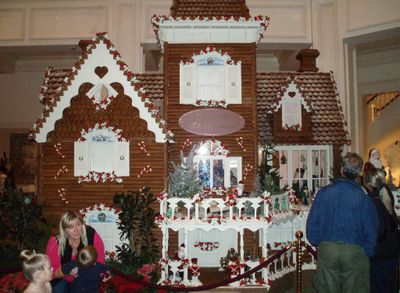 There’s a surplus of holiday enchantment to participate in down here in Central Florida, but the outrageous locations are always the most entertaining to visit. I suppose it just wouldn’t be the holidays without a big-ass Gingerbread House from Disney. 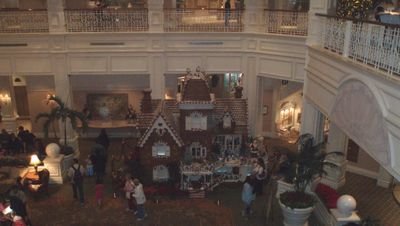 Granted, the Gingerbread House doesn’t exactly have the dimensions of the Empire State Building, but it’s fairly large for a piece of confectionery might, dwarfed in size by the cavernous Grand Floridian lobby, but still quite a sight. 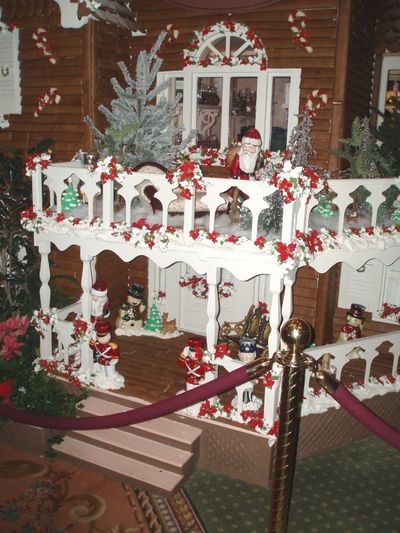 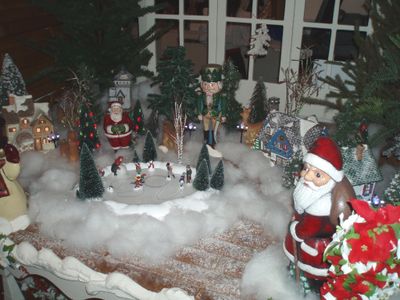 Here are the ingredients. 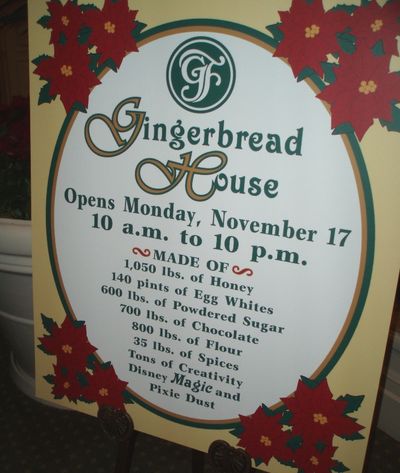 Why is this important? Because, and I could kick myself for not getting a clear picture of this, but visitors pick off pieces of the house, hopefully for souvenirs, but presumably to eat. Yes, because nothing says yum-yum-in-the-tum-tum quite like a jagged chunk of gingerbread strangers have pawed all day (the velvet-based crowd control is hopeless), coated in toxic adhesive. I thought some tourists would’ve thought this one through. Instead they chip away at the House, making upkeep a priority for the Disney maintenance wizards. 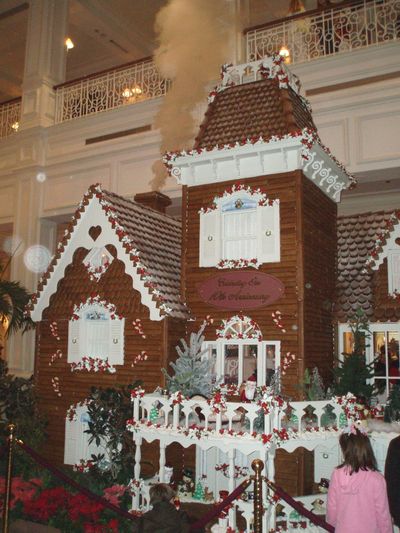 Every minute or so, a plume of smoke floats out of the chimney section, blasting the area with a warm Gingerbread scent. I can only imagine how many fake fire alarms this has triggered. If you venture up to the second floor for viewing, the mist is so thick you’ll feel like you’ve stumbled into a Ridley Scott movie. 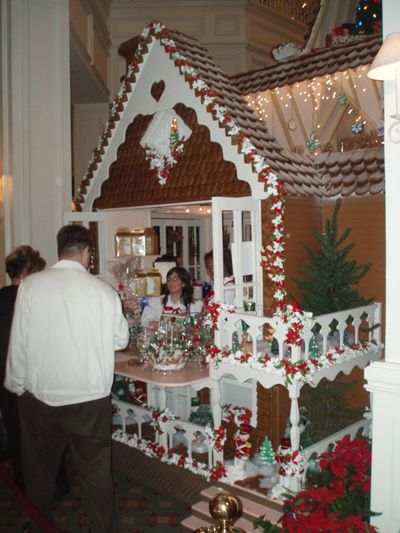 A surprisingly popular attraction (given a boost when it appeared on the Food Network a few years back), the Gingerbread House nicely plugs a hole in any yuletide yearning for mammoth cookie architecture.