Bitter toward the relocation of his military family to the German countryside, young Bruno (Asa Butterfield) fears there will nothing for him to do. With his commander Father (David Thewlis) and delicate Mother (Vera Farmiga) dedicated to matters of the Nazi Party, Bruno takes off to explore his new home, finding the location near a work camp. Standing outside an electrified fence, Bruno meets Shmuel (Jack Scanlon), an eight-year-old Jewish child who hides in a corner during work detail. The two strike up a nervous friendship, informed by Bruno’s naive understanding of the situation. Thrilled he’s met someone like him in such an isolated area, Bruno eagerly meets up with Shmuel while the wartime situation grows increasingly grim.

Written and directed by Mark Herman (adapted from the novel by John Boyne), “Pajamas” is an earnest story that endeavors to evoke a headspace of pure innocence observing the grasp of pure evil. It’s a difficult balancing act for Herman (“Little Voice,” “Brassed Off”), who faces a challenge in creating a specialized mood that touches upon the horrors of humanity while remaining optimistic, attempting to linger close to Bruno’s heart. “Pajamas” is successful drawing those lines of response, keeping tight on Bruno as he unknowingly descends into hell to keep peace with a friend he will never be allowed to have.

Herman is prone to exaggeration to make his points, painting the Nazi officers loudly to reinforce their brutality, and keeping Farmiga tearful throughout (her specialty). It’s impossible to argue the goal of “Pajamas” (to strike an emotional core within the viewer), but the execution can be slippery at times, sluggish at others. Even at 90 minutes, the film appears to be artificially fattened to fulfill a certain structure, leaving most of the heavy lifting to Butterfield. While capable in the lead role, the young actor doesn’t have the proper soulful ache the movie requires, with Herman pushing on the boy’s innate sense of wonder much too forcefully, losing the gentle shade of doom in the process. While Bruno’s story, Butterfield can’t carry the movie, leaving only a few moments with the young actor truly effective.

Gently nursing Bruno and Shmuel’s tender friendship, through the smuggling of food and games of checkers played through the fence, Herman is leading to a conclusion that’s historically inevitable. To see the material top even those darkest fears is extraordinarily brave in the current film climate and bestows “Pajamas” with a roundhouse kick of an ending, sure to be the focal point of every conversation about the picture. It’s a topper that elevates the impact of the film, closing “The Boy in the Striped Pajamas” on a devastating note that reverberates in the soul long after the movie ends. 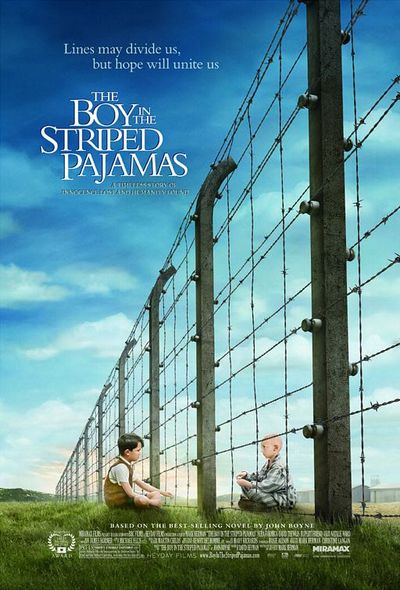