There’s a certain part of me that’s envious of the average “Saw” fan. I truly wish I could appreciate this horror franchise on a more visceral level, screaming along with the rest of the crowd as mayhem arrives, lives are ended, and Jigsaw’s legacy is twisted further into a mind-bending puzzle only the most patient out there have kept up with. It’s criminal that I refuse entrance into the club, but, then again, when I view a “Saw” movie all I can see are bargain-basement production values, abysmal acting, and a soggy narrative that’s spun completely out of control. The only elements holding the franchise together at this point are the blind enthusiasm of horror nuts, truckloads of distraction, and the forgiving nature of the Halloween season.

Detective Mark Hoffman (Costas Mandylor) is being prepped for hero status after his takedown of Jigsaw (Tobin Bell), thus ending the string of crude murders that plagued the city. The only person alive to challenge Hoffman is Agent Strahm (Scott Patterson), who barely survived a Jigsaw trap and is now ready to uncover the truth behind Hoffman’s clandestine activities. Chasing the clues, Strahm gets closer to the horrors of Jigsaw’s legacy, while Hoffman ventures back into his own past and the events that introduced his evil ways.

Not to rock the boat here, but I consider last year’s “Saw IV” to be the finest installment of the series so far, contorting itself hilariously into a shell game of a motion picture, perhaps best titled “Saw 3.5” for comfort. With a genuine actor (Patterson) slapping the film awake and director Darren Lynn Bousman taking a few minor chances with the plot, “Saw IV” was garbage, but not a hideous proposition quite like the other volumes of this rancid franchise. For “Saw V,” Bousman is off to directorial purgatory, replaced by series production design vet David Hackl, who sticks uncomfortably close to the “If it ain’t broke…” motto during his face time with Jigsaw.

It’s actually somewhat startling to watch “Saw V” behave more like a dopey detective story than the hardcore horror extravaganza fans have come to expect. Either the mythos of Jigsaw is becoming too complicated to shoehorn in some gore sequences or perhaps the producers are finally growing weary of repeating themselves with increasingly ridiculous torture devices. Either way, “Saw V” is a sedate feature film, spending more screentime tracking Hoffman’s footsteps with Strahm than snuggling up to bloody entrails. The change is refreshing, as is the loss of Bousman, but the restraint only lasts for a few breaths. After all, there’s a legacy of blood to protect here.

A sophisticated Jigsaw trap subplot weaves throughout “Saw V,” returning to the “Saw II” aesthetic of strangers (including Meagan Good and Julie Benz) duking it out for precious remnants of life. How it ties to the rest of the story is spoiler territory, but it’s clear imagination is running low for the death set-pieces, with explosions and low-light executions replacing the splatterfest that once was.

“Saw V” feels like a transitory piece to clear a way for next year’s “Saw VI.” Hackl chucks in plenty of inexplicable material ready to be explored a year from now, teasing the audience with characters and props that feed the haphazardly constructed arc being assembled by the producers, who resort to time travel once again to pad out the running time to 85 minutes. Not only is “Saw” losing its taste for blood, it can’t stay in the present, leaping back and forth through the sequels to shake the audience off the narrative’s trail. A trail, mind you, that doesn’t actually lead anywhere in “Saw V” except to absurd backstory and the chance to spend more time with Bell as Jigsaw (pass).

“You won’t believe how it ends” is the official tagline for “Saw V,” but the real question is, will you care? Admirers will undoubtedly fling themselves at the feet of anything the producers dream up, but more careful viewers might be starting to question the validity of this ongoing story: a five-film-too-long journey that has never felt more arbitrarily plotted than in the final 10 minutes of “Saw V.” 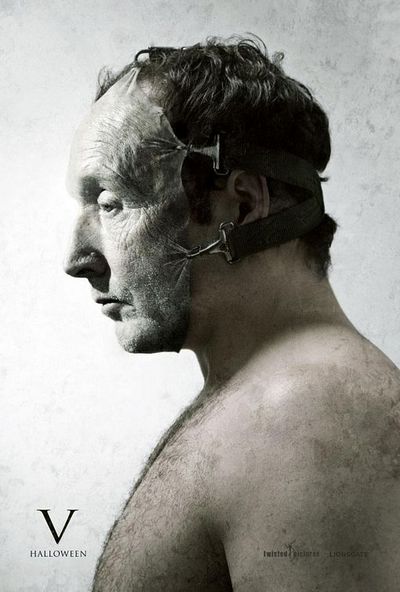