Film Review: Dear Zachary: A Letter to a Son About His Father

The experience of watching the documentary “Dear Zachary” is like trying to put together a complex puzzle inside a roaring jet engine. Eschewing a liberal, meditative approach to reverse engineer a murder, “Zachary” instead pours its heart out over the screen, piloting with unfiltered rage and tears as filmmaker Kurt Kuenne embarks on a distressing odyssey to decipher just who would want to kill his lifelong friend, Andrew.

When 28-year-old Andrew Bagby entered into a relationship with 40-year-old Shirley Jane Turner, Andrew’s immense community of friends and family felt a distinct unease with this strange woman. Beloved everywhere he went and blessed with a rare inner fountain of goodwill and humor, Andrew eventually came to agree with the majority opinion and hoped to break up with Turner one night before heading over to a friend’s house. The next day his body was discovered riddled with bullets, with Turner fleeing to Canada soon after to avoid prosecution. What ensued after the grisly murder makes up the bulk of “Dear Zachary,” and it’s a story that’s not easily forgotten. The senseless death of Andrew Bagby is only the prologue to Kuenne’s film: a clenched, tireless love letter to Andrew’s infectious spirit as well as a cinematic exorcism of sorts, clearing away the demons that surrounded his final days.

Attempting to mourn the loss of his pal, Kuenne packed up a camera and took off on a tour of Andrew’s dearest friends and family, transporting him around the globe to reach out to loved ones who wanted to share their feelings on the man few could accept was truly gone. Working with home movies and photos, Kuenne has created a stirring portrait of Andrew: a gentle soul who adored company, struggled with vocational setbacks, and appreciated the beauty of the world around him. “Dear Zachary” is a monumentally emotional documentary, narrated by Kuenne to a point of tears simply impossible to hold back. The love that flows through this film is overwhelming, but it’s justified by Kuenne’s intent to construct an image of Andrew that would eventually come to be perverted by Turner’s psychosis.

Left without a son, Andrew’s dogged parents, David and Kate, flew to Newfoundland to oversee the extradition process. What they found was an indefatigably negligent justice system in Canada that was sympathetic to Turner (eventually letting her out on bail) and, to everyone’s shock, the prospect of a grandson. With Turner pregnant with Andrew’s baby, the Bagbys found a whole new reason to engage a woman they vehemently despised, hoping to be awarded custody of little Zachary when Turner finally found her day in court. Years would eventually pass before any progress was made on both fronts.

Where the story heads from there truly needs to be seen to be believed and Kuenne’s intense study of the events is impressive, using furious editing and speed reading to pack a hornet’s nest of holdups and procedural steps into the narrative. The effect is chaotic (think “Spun” for editorial comparison), whirling the viewer around, hoping to impart the tumultuous sensations that haunted the Bagbys, leaving “Dear Zachary” undeniably compelling, but also faintly pushy, trying much too hard to unsettle the viewer with visual gimmicks when the stark reality of Turner’s twisted ways and the Bagbys’ fury is more than enough to brand itself on the heart and mind.

What ultimately drove Turner? “Dear Zachary” doesn’t have many answers, nor does it seem to care much about the woman’s motives and eventual domestic fallout, putting up a few hints here and there to help paint Andrew’s murder clearly, but nothing beyond that. That the film misses this crucial bit of psychological insight is disappointing, and while I could understand Kuenne not having access to Turner’s confidants and three children, it doesn’t make much sense in the final film to ignore their critical place in this colossal tragedy. It’s a blemish in an otherwise brusque documentary.

Structured as a letter to the infant, “Dear Zachary” is an outstanding presentation of grief, communicated poetically by Kuenne and the myriad of faces gathered to say goodbye to Andrew. This film will knock you flat, extracting a range of emotions from the viewer with superb skill and fervor. The story of Andrew Bagby is tragic beyond words, and “Dear Zachary” conveys that unspeakable loss with a candor that lasts long after the documentary ends. 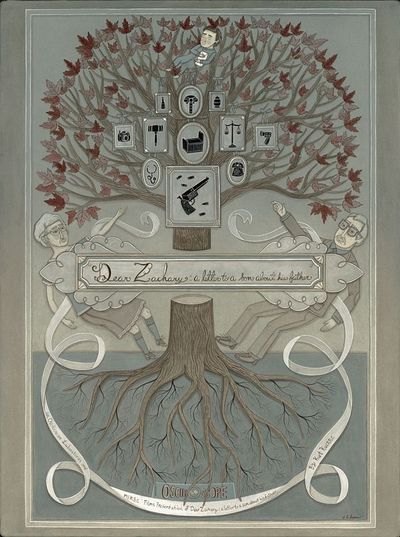