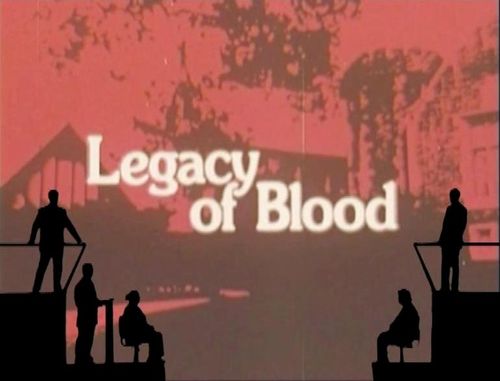 For multiple reasons, I didn’t have an opportunity to review the last Cinematic Titanic episode, “The Wasp Woman,” and I feel pretty thankful for that. While it wasn’t a dire situation, the film, a 1959 Roger Corman chloroform hankie, didn’t permit much room for inspired riffing. It failed to send the Titanic crew to anticipated comedic heights, so it’s a pleasure to report that the new episode isn’t just a return to form, it leaps spastically ahead as the finest Titanic installment to date.

The source material here is the 1971 horror/mystery “Legacy of Blood,” a schlocky chiller perhaps best known as a slippery step in the desperate career of actor John Carradine. A curio concerning bitter siblings trying to survive a murderous night in their family estate to claim an inheritance, the feature is ripe with moments of production buffoonery, ridiculous overacting, and maddening plot repetition (the film cycles through three actions: drinking, playing pool, and eating ham), opening up ideal riff conditions. “Blood” is brazenly bad stuff, submitting a wealth of comic targets to abuse in pristine Cinematic Titanic fashion. 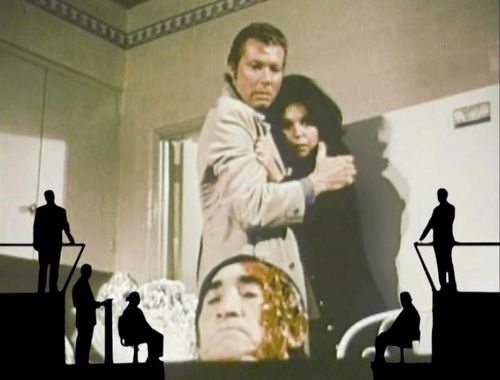 “Blood” isn’t just junk, it’s wildly miscalculated junk, emerging from the early ‘70s clad in wild fashions, inappropriate directorial bravado, and sinister sexual subtext that makes it the least family friendly title Titanic has riffed in their short history. In fact, the “Blood” episode ventures into more daring PG-13 comedy areas than previously seen, with the crew (J. Elvis Weinstein, Frank Conniff, Mary Jo Pehl, Trace Beaulieu, and Joel Hodgson) feeling comfortable enough to call out the incestuous insanity that sneaks around the film, along with the erotic (both intentional and unintentional) visuals. Purists might recoil at the smutty material, but I adored this experiment in edge, especially after the cruelly glacial “Wasp Woman.” Titanic doesn’t have to make it a habit, but an occasional expedition to the fringes of taste really fires up the creative juices.

Truthfully, there’s much to work with here: rampant alcohol consumption, sibling flirtation, neckerchiefs, surreal nightmare sequences, bee attacks, beheadings, hairy backs, string ties, and sleeping. Oh, so much sleeping. The Titanic crew really lay into the film with idiosyncratic touches: Beaulieu summons up a fantastic Don Knotts impression; references to “Scooby-Doo,” Meat Loaf, and Lee Strasberg litter the film; and Conniff resuscitates his hilarious “Danger in Ginger Baker Canyon” line from the “Oozing Skull” episode. The Titanic cast also dances carefully around the unnerving sexual overtones of the movie and one character’s fascination with Nazi memorabilia (topped off with a lampshade made of human skin!). It’s a testament to Titanic’s skill that they can make something outrageously funny out of a film embracing little in the way of taste. Also of interest during the “Blood” episode is the lack of breaks in the action. While Titanic has tinkered with intermission sequences of staged comedy, the new episode keeps the pauses to a minimum, only halting the riffing to take care of Conniff’s gum-chewing violation and to play a round of the game “Which Thing Won’t Kill You?” These “host sequences” are always agreeably performed, but often superfluous. Paring them down for “Blood” is a welcome change of pace. The full frame presentation mixes sharply outlined Cinematic Titanic props and set with the patchy, poorly-aged “Legacy of Blood” print. Much like previous episodes, this isn’t a reference-quality disc, but a fine offering of a modestly budgeted comedy program.

Tradition holds that a true monstrosity of a motion picture brings out the best in the riffers, and “Legacy of Blood,” with all its unsavory content, creepy sexuality, and incompetent filmmaking execution, is an ideal target for Cinematic Titanic to explore, and they roast nearly every moment of this B-movie calamity with uproarious accuracy. 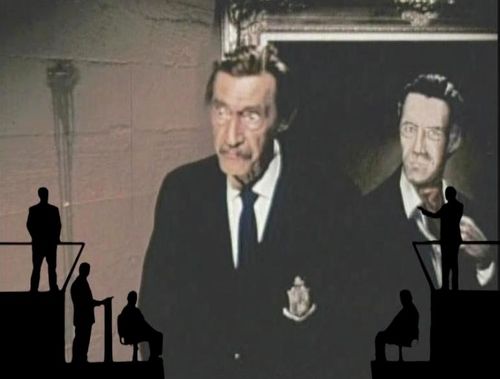 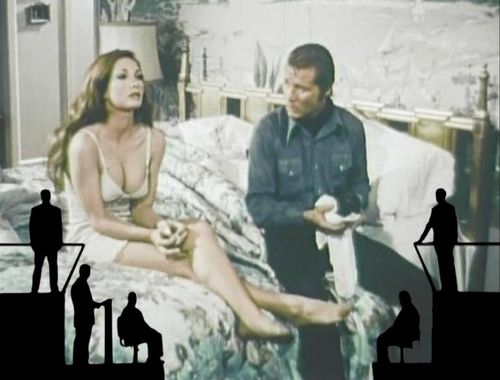 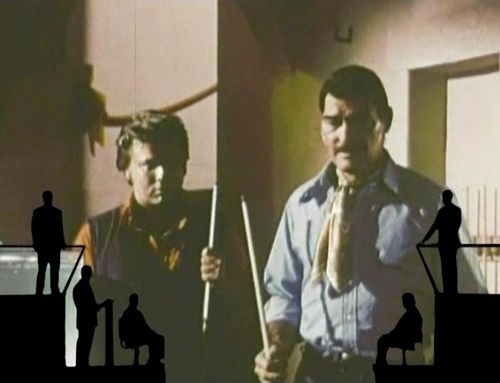