This week’s selection is from the 1991 motion picture, “The Rocketeer.”

OK, so this is a big score from a severely underrated comic book film. Released to great franchise expectations during the innovative summer of 1991, “Rocketeer” crashed immediately on takeoff, for reasons that were never clear to me then and remain a mystery to this very day. Truly, all the ingredients are there for a crowd-pleasing, B-movie retro action smash, but the audience wasn’t interested. The feature, made with a singular promise for a host of sequels, merchandising, and assorted tie-ins, was left for dead.

Seriously, did we not all see Jennifer Connelly single-handedly pushing a nation of pre-teens through puberty with her explosive virginal turn as the cherry-lipped, miracle-of-silk Jenny Blake? That alone should’ve guaranteed 100 million at the box office.

I’m a “Rocketeer” fan, and James Horner’s score for the film captures that unspoiled feeling of superhero flight in a very intentional manner. It’s a loud, rollicking orchestration that soars up to the heavens and plummets back down to the ground, showing exquisite control over heroic themes and roller-coaster thrills. Horner cuts to the chase with this offering, giving the film a full tank of invigorating sonic gas to work with.

And the film’s trailer. 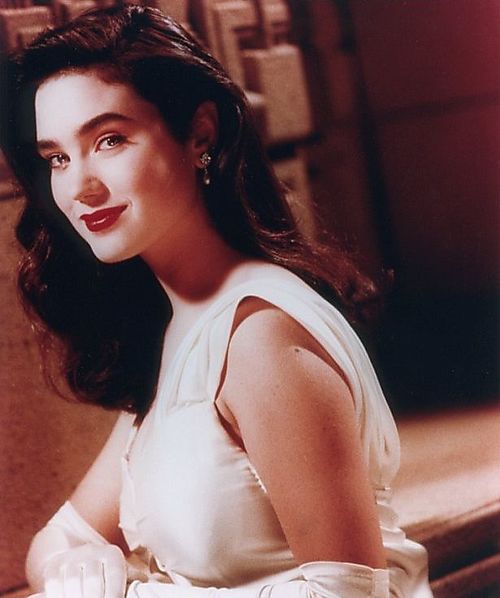 Oh that is one delicious looking lady...wait, there was music playing during that movie?