When his own uptight father (Peter Bogdanovich) flunks him out of medical school, Peter (Jeremy Strong) finds comfort in the arms of singer Bogart (Fairuza Balk), who takes him into Northern California for the night to meet her family. In this woodsy, remote location lives a community of pot farmers, including Jack (Brad Dourif), Rosie (Frances Conroy), and their son Max (Chris Messina). When Bogart takes off the next day without telling Peter, it leaves the shy, conservative man alone with the family. It doesn’t take long for bonds to grow, and while Peter’s desire to leave Humboldt County slowly drains away, his emotional investment in the lives of the farmers grows, putting him in harm’s way when federal agents maneuver to bust Max’s oversized crop.

Directors Darren Grodsky and Danny Jacobs are chasing after a sympathetic tone they never fully achieve. “County” is a leisurely picture without a dramatic core, preferring characterization over narrative urgency. It’s a distancing, sluggish piece of filmmaking from the duo, who adore their world of losers, loners, and lovers, yet offer everyone so little to do during the running time it leaves the film inert. The directors hope to let the picture grow on the viewer, slowly wearing down the contrasting attitudes between Peter and the farmers, showing the frightened city creature the ways of the weed to help him loosen up and appreciate his new surroundings.

Had the film embraced simplicity with Peter and his fears, perhaps “County” could’ve achieved some sort of thematic balance. However, Grodsky and Jacobs are frightened of low-cal profundity and soon slather on the melodrama to give the actors some scenery to chew (Conroy is the worst offender here) and to help pad out the film to an extremely elongated 95 minutes. Peter’s immersion in the community just isn’t enough for the movie to work with, soon wandering over to his tentative friendship with Max and the emotional scars left on Jack and Rosie. Dourif makes the most of his time here as the former UCLA professor who abandoned his professional life to find a peaceful oneness with nature. An actor not known for his delicate ways, Dourif is excellent here, blowing the rest of the cast off the screen with his authentic declarations of exasperation.

While “Humboldt County” starts to form itself into a persuasive commercial for wanderlust heading into the final reel, the filmmakers lunge for tragedy to leave the picture on a powerful note. It’s a false move in a picture of many mistakes, concluding the picture on a vague feeling of manipulation, not the desired aura of psychological freedom. 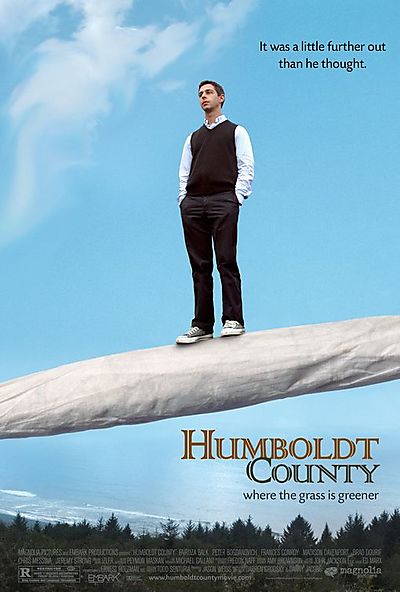