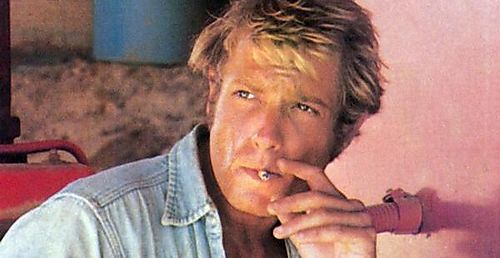 Jack Wrangler was an adult film superstar in a way you don’t find anymore these days. He was a phenomenon that slowly enveloped the smut culture, constructing a name for himself through whispers and uncomfortably long, held gazes. When they write that they don’t make ‘em like they used to, they’re talking exclusively about Jack Wrangler.

Wrangler is the emcee of this event, sharing his story with lightning speed while Schwarz buffers the interview with a horde of stills and footage documenting the actor’s meteoric rise to a formidable object of lust. Born Jack Stillman in 1946 and raised in the shadow of Hollywood’s entertainment factory, it was a given than Wrangler would find fame at some point. Trying his hand at acting, Wrangler fell into the lucrative world of dinner theater, where he flourished as a creative force dealing with impatient crowds and difficult stars of Hollywood’s golden age.

Watching Wrangler articulate his rise and eventual fall from fame is a riveting experience; he seems as shocked as anyone on how much he achieved during his reign, discussing the branding of his name on sex toys and poppers, and his uneasy personal appearances, where he would work out stand-up routines to throngs of baffled men. Wrangler’s testimony is backed by a slew of cult icons, including Bruce Vilanch, Chi Chi LaRue, Sharon Mitchell, Marc Shaiman, and Jamie Gillis.

The last act of the documentary is devoted to Wrangler’s curious relationship with Margaret Whiting, the famous elder songstress who fell in love with the young star, ignoring his career and his pronounced sexual proclivities. The pairing is handed ample screentime to appreciate, also allowing Schwarz a comfortable transition to explore Wrangler’s declining years in the adult industry, and his eventual career as a legitimate musical theater presence.

“Wrangler: Anatomy of an Icon” lives up the title’s promise, providing a rich comprehension of the man behind the legend. The end of this documentary feels like a roller coaster slowing to a halt, concluding a ride of amazing experiences and revelations, showcasing a man who, in his words, “wanted to take a bite out of life.” He succeeded in glorious fashion. 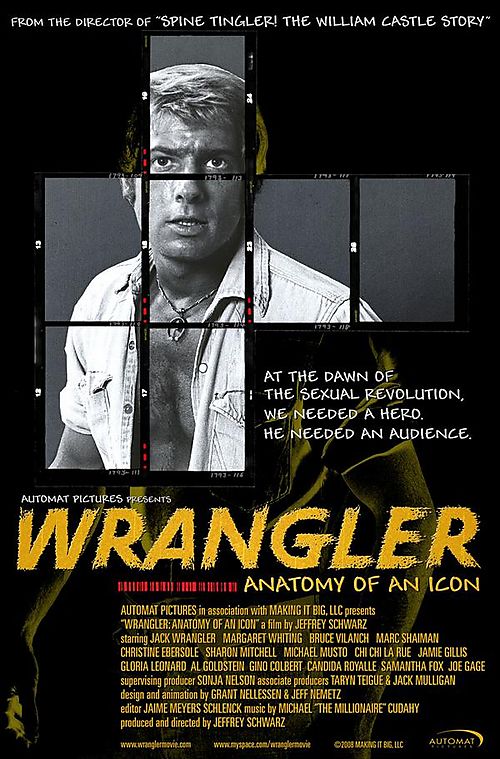