For his 38th feature film, we find Woody Allen in a sensual mood, taking on the role of tourist in a passionate land. “Vicky Cristina Barcelona” is an aimless diversion, even for the notoriously unfocused Allen, but retains expected performance momentum, and positively sells the hell out of a lusty Spanish vacation.

Traveling together to Barcelona for the summer months, best friends Vicky (Rebecca Hall) and Cristina (Scarlett Johansson) hope to take in the sites, nourish their artistic souls, and drink gallons of wine. When they meet lascivious painter Jose (Javier Bardem), Cristina shows immediate interest, while Vicky is more careful about her feelings. Soon both women give themselves to the passionate man, and while Cristina moves in with Jose as Vicky deals with her guilt, both woman can’t compete with Maria (Penelope Cruz), Jose’s manic ex-wife, who is searching for perfect balance to her life, dragging the tourists into a sexual and violent relationship carousel.

I embraced “Vicky” as a sensory experience, not a dense piece of drama. Allen appears in perfect concert with the Spanish locations, graciously revealing the beauty of the land through the master shooting of cinematographer Javier Aguirresarobe (“Talk to Her,” “The Sea Inside”), filling the frame with golden Euro delights. It’s a dreamy setting for what becomes something of a crooked fantasy involving inescapable infatuation and questions of emotional self-preservation.

Allen doesn’t create any traditional arcs for the characters to follow, instead the film chases passions to their logical conclusion: disaster. Following Vicky and Cristina around Barcelona, and later Oviedo, Allen gives the camera two women eager to learn about themselves, using Jose as transport to new experiences that quickly roll into serious questions of yearning. Allen leads with these characters, using little explosions of lovemaking and combat to keep the experience lively. It’s Allen moving away from the monumentally sobering “Cassandra’s Dream,” but “Vicky,” with its documentarian feel, plays matters slightly more chilled than expected.

As usual, the actors make the experience worthwhile, with Bardem, Johansson, and Cruz creating a believable trio of frustrated lovers. The cast has to communicate the ease of this sexual confinement, and every personality shines wonderfully under Allen’s watch. While Hall has the least showy role, she’s a great asset as the moral center, so to speak, conveying the great eroding sway of infidelity with minimal indication.

Much like the vacation itself, “Vicky” doesn’t hunker down with much of a climax, ending the film the same instant the ladies leave Spain. It’s a fitting conclusion for such a whirlwind sexual adventure, leaving the characters and the audience breathless and unsure where the road will lead to next. 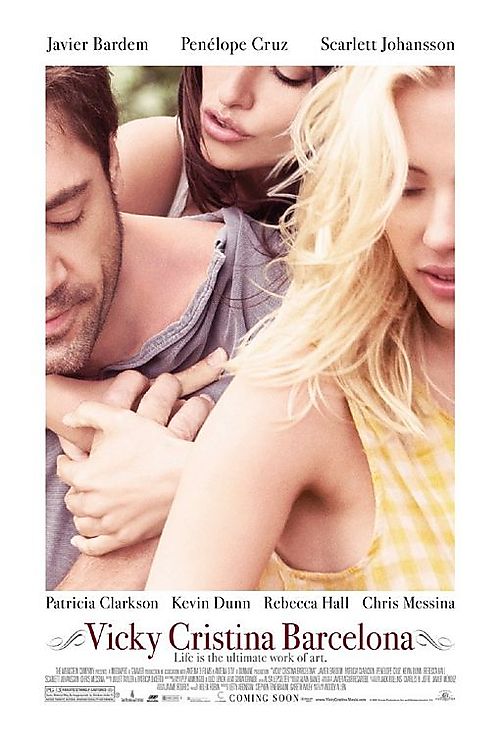