Out of all the astonishing sights and sounds plastered to the big screen by the George Lucas franchise juggernaut “Star Wars,” I think the last item on the average fan’s wish list of things to see was “Teen Girl Jedi.” Not that the inclusion of more female warriors is something to be shamed, but this puberty-bound knight is indicative of the infantilized experience put forth by “The Clone Wars.”

With the Clone Wars raging on, spreading out across the galaxy, a new predicament has appeared to challenge the Galactic Republic: the kidnapping of Jabba the Hutt’s infant son, Rotta. Dispatching Anakin Skywalker (voiced by Matt Lanter) and Obi-Wan Kenobi (James Arnold Taylor) to return the baby to Jabba so critical space routes can be freed up, the Jedi are accompanied by young Ahsoka Tano (Ashley Eckstein), who is given to Anakin as is Padawan Learner. With Obi-Wan off to thwart Count Dooku’s evil schemes, Anakin and Ashoka are left in charge of the smelly little slug, eager to return the child to Tatooine safely before Jabba sides with the Separatists and the war plunges further into chaos.

Essentially a pilot episode for the upcoming “Clone Wars” televisions series due this autumn, this CG-animated effort is making a pit stop on the big screen to goose some excitement for this unique detour in the “Star Wars” universe. Directed by Dave Filoni, “Clone Wars” attempts to drum up a few fistfuls of conflict within a plotline that runs between “Attack of the Clones” and “Revenge of the Sith.” The audience already knows how the whole Skywalker saga concludes, but there’s a horde of other action tangents and unanswered question to pursue here, such as: did Jabba have a gay uncle named Ziro?

Turns out he does! “Clone Wars” isn’t shy reminding the audience that it’s solely a cartoon and more or less meant for kids, not nitpicky, thirtysomething message-board vultures who hold all things canon dear to their plastic-lightsaber hearts. Instead, the film is a romp; a burst of wall-to-wall action and high-energy duels that plays merrily in the “Star Wars” sandbox without the burden of narrative connection. It’s slight, but effective, only requiring a crash helmet for a few of the script’s more outrageous and ill-conceived characterizations.

Rooted firmly in prequel iconography, “Clone Wars” takes what Lucas started with his controversial live-action efforts and embellishes the fantastical fringes further. While limited by stiff, budget, exaggerated CG animation (the lip-sync is distractingly terrible), the film works past the monetary limitations with a strong emphasis on adventure and smash mouth military campaigns. Filoni concentrates on the explosions and epic grandeur of intergalactic warfare, embedding the camera with the expendable clone troopers as they battle against clueless robot infantry. The action comes fast and furious, utilizing famous “Star Wars” vistas and sound cues while ratcheting up the velocity of the combat in a manner that live-action could never match. This extends to the lightsaber and spaceship skirmishes, which now ring with a cartoon polish that’s immensely satisfying and often positively electric.

While “Clone Wars” remains a kick both in animated bravado and Skywalker nostalgia, the reality of the screenplay is a matter that pins the film down from true matinee greatness. While the traditionally-animated “Clone Wars” series of shorts released years back relied on silence to hook the viewer into Jedi precision, the new picture is a verbose affair, with each character breathlessly informing the audience of their every thought. And we’re not talking Algonquin round table bon mots, but juvenile dialogue aimed directly at the nosepickers. It fits accordingly with the overall intent of the upcoming series, but remains extremely off-putting with these characters, who nickname the infant Rotta as “Stinky,” and offer withered comedic retorts with every step they take.

Because the action is so forceful and imaginatively animated, it’s easy to ignore the relentless chatter. However, it’s hard to turn a blind eye toward a character like Ziro. A cocktail-hour Hutt stationed in a jazz bar on Coruscant, Ziro has painted himself purple, wears feathers around his head, and speaks with a lispy Cajun drawl. What this character means to the overall “Star Wars” universe is not for me to answer, but it’s a strange, self-aware moment in a rather stoic picture. It’s already a house of horrors thinking about how Jabba even conceived a child, I don’t think introducing his party boy uncle was an artistically necessary detour. Well, at least Jar-Jar Binks can take a breather as the most loathed character to emerge from the Lucas magic wand. 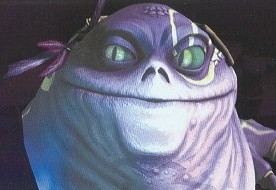 With appearances by Jawas, sail barges, and familiar voices (Samuel L. Jackson, Anthony Daniels, and Christopher Lee contribute); a few impressive lightsaber and blaster duels; the rise of a formidable Sith apprentice threat in Asajj Ventress; and a delightful new elasticity to all things “a long time ago in a galaxy far, far away,” “Clone Wars” can be a complete gas to more open-minded fans, and assured catnip to children. The occasional sexually-ambiguous Hutt or sassmouthed Jedi aside, it’s an exciting picture and a tempting commencement for the television series. 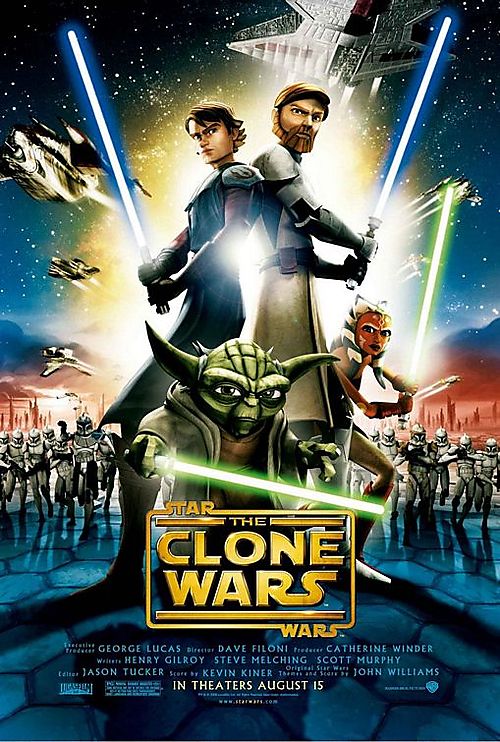