“Kabluey” introduces the world to Scott Prendergast, who assumes nearly all production roles for this quirky feature. The movie has all the ornamentation of a strident indie comedy leading with braying irony, but Prendergast doesn’t chase alternative statements, he wants to make people laugh, and “Kabluey” is one of the more inventive, invigorating productions to come out of the industry’s lonely right field.

Overwhelmed with domestic duties and depression while her husband is away in Iraq, Leslie (Lisa Kudrow) looks to her loser brother-in-law Salman (Scott Prendergast) for help. Moving in with Leslie and her demonic children, Salman is immediately in over his head, which prompts Leslie to secure a job for him as a mascot for a failing dot-com company to help with the bills. Stuck in an oversized, blue felt suit on a desert highway, Salman is allowed a rare moment of introspection, while learning the suit has strange confessional powers over strangers. Empowered by his alter-ego, Salman attempts to heal Leslie’s emotional wounds.

In many ways, “Kabluey” reminded me of Wes Anderson’s directorial commencement shot, “Bottle Rocket.” The similarities are not found in the plot or art-direction flavors, but the freshness of the humor took me back to Anderson’s film, and how it surprised at a time when nothing but  masturbatory laments for lost college years were passing for crafty indie comedies. “Kabluey” is a simple thing, created with heart and sparkling comic timing, revealing Prendergast to be quite a talent behind the camera, and not such a bad presence in front of one.

Obviously, most of the comedy emerges from Salman’s trials in the mascot suit. A lovely bit of costume design that immediately evokes a traditional dot-com corporate thumbprint, the suit is an unwieldy felt coffin, which the director contrasts beautifully against the bewildered, slightly fearful world. The mascot also permits Salman to gather secrets, gain the trust of others, and hide his humiliations; Prendergast achieves a miraculous tone that finds sympathy for this ridiculous vision, while also maintaining clarity on the man within. It’s a double life for Salman, leading to hilarious moments of exposure and acceptance.

Observing the single-minded destructive efforts of children, furious office interaction (pricelessly imagined by Jeffrey Dean Morgan and Conchata Ferrell), and Salman’s various domestic disturbances, “Kabluey” is uproarious. Prendergast’s direction is pitch-perfect and whimsical without slipping on acts of sarcasm, lending the film an endearing personality and lasting comic effect. It also helps to put forth an able cast, anchored well by Kudrow, who fills in the picture’s light dramatic shadings with a compassionate polish.

“Kabluey” moves away from episodic environments to a tale of redemption as Salman rushes to save the day in the final reel. Thankfully, Prendergast also preserves the humor, steering the picture away from tempting melodrama. “Kabluey” is a breath of fresh air, delightfully arranged and winningly staged by Prendergast in a rewarding fashion that has me excited to see his next cinematic step. 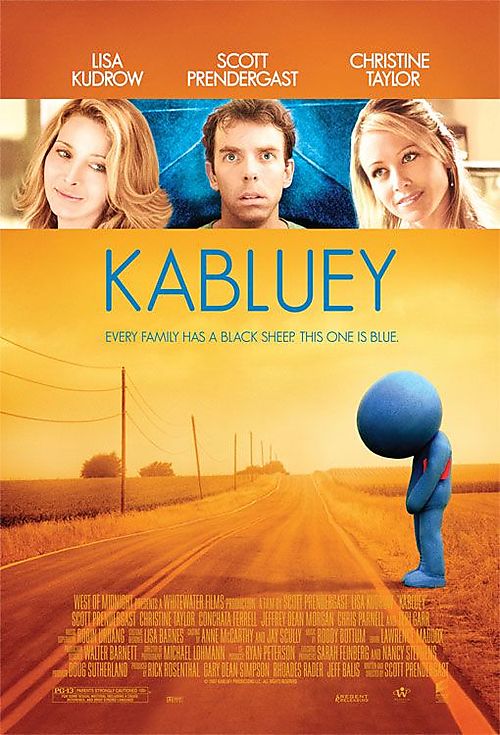 this review is quite good.